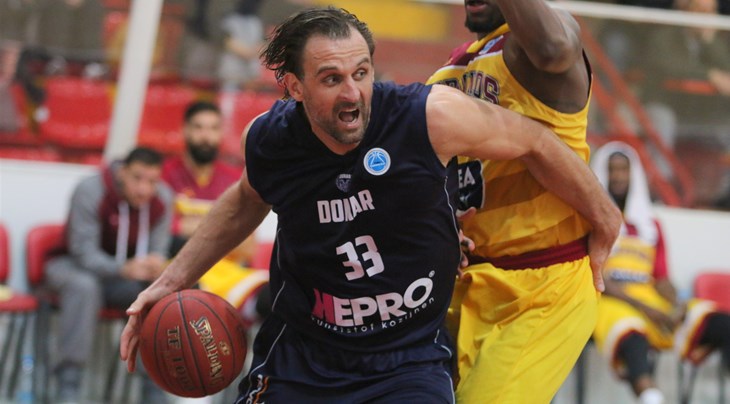 MUNICH (FIBA Europe Cup) - There are only a handful of games remaining in the Second Round, but half of the direct qualification spots to the Round of 16 reserved for FIBA Europe Cup teams are yet to be claimed.

Heading into the final week of action, there are still four available Play-Off spots available in three of the groups and eight teams in position to extend their international season.

The other half of slots will be filled via the Basketball Champions League, with Dinamo Sassari standing out as the only team to lock in their move to the FIBA Europe Cup already.

If any teams with FIBA Europe Cup opt-outs — AEK, Elan Chalon, Movistar Estudiantes or SIG Strasbourg — were to end up in a transfer position, that would open up additional Play-Off spots for the best third-placed teams in the FIBA Europe Cup.

Both tickets to the Round of 16 are already taken in Group I, with second-placed Nizhny Novgorod following the pace-setting and still undefeated ESSM Le Portel through to the Play-Offs this week.

The Zoran Lukic-coached side brushed aside Istanbul BBSK 110-86 and not only improved to a 3-2 mark, but also claimed the head-to-head tie-breaker over their Turkish rivals.

The only hope for Istanbul BBSK, guaranteed to finish third, is the possibility of extra spots for best third-placed teams, but the big loss to Nizhny Novgorod could complicate things on that front.

Meanwhile, Kataja Basket will finish fourth no matter what.

After just barely missing out on a place in the Round of 16 last year, Alba Fehervar made sure to confirm their place in the Play-Offs ahead of time in Group J.

The other direct qualification spot remains open, with fellow Hungarian side Egis Kormend, and Demir Insaat from Turkey both eyeing the prize ahead of the last week action in the Second Round.

Currently one game ahead of the Turkish club in the standings with a 3-2 mark, Egis Kormend would clinch a place in the Round of 16 with any win against Alba Fehervar or simply if Demir Insaat fail to register a win against BC Nevezis.

Egis Kormend would top the group if they were are able to beat Alba Fehervar by more than 8 points, having lost the first game 85-77.

The path to qualification is more complicated for coach Ozhan Civgin's side, who can only finish second in Group J if they beat BC Nevezis at home and Alba Fehervar defeat Egis Kormend in the all-Hungarian clash.

There is also a chance that Demir Insaat could lose ground in the standings, as BC Nevezis would leapfrog Demir Insaat into third place if they were able win the last game in Turkey by 4 points or more.

Following an 87-76 overtime victory on the road against Mornar Bar, Bakken Bears clinched the Group K crown and therefore a spot in the Play-Offs, a historic first for Danish basketball.

Despite the heart-breaking defeat, the Montenegrin side are still pretty well positioned to move into the Round of 16, as long as they hold off a challenge from the in-form Tsmoki-Minsk, who have put their campaign back on track with impressive back-to-back wins against Bakken Bears and Szolnoki Olaj.

Up a game in the win column, Mornar will advance into the next phase as long as they don't lose to Tsmoki by more than 6 points, having won the first game 83-76.

For Tsmoki to claim the spot, they would need to beat Mornar by at least 7 points to clip their Montenegrin rivals for second place in Group K.

Meanwhile, fourth-placed Szolnoki Olaj can move up to third place if they beat Bakken Bears and Mornar beat Tsmoki, as they hold the tie-breaker against the Minsk club.

The situation in Group L is by far the most complicated in the Second Round, with all four teams still in the running for a place in the Play-Offs before the last pair of games.

Currently at the top of the standings, Donar Groningen will achieve stress-free qualification with a victory against Belfius Mons-Hainaut. They do have an alternative path if they lose to Mons-Hainaut, providing U-BT Cluj-Napoca also beat Keravnos and force a four-way tie in Group L.

For Donar to drop below second place in the four-way tie, they have to lose to Mons-Hainaut by at least 24 points and the aggregate victory margins of Mons-Hainaut and Cluj-Napoca have to be greater than or equal to 62 or 63 points, depending on the number of points scored in each game.

If Keravnos beat Cluj-Napoca and Donar lose to Mons-Hainaut, the Groningen side fall to third place.

Keravnos must win their final game against Cluj-Napoca in order to secure a spot in the Round of 16, since they have the worst point differential in Group L and, in case of a loss, also lose out in a potential two-team tie-breaker for second place to the Romanian side.

U-BT Cluj-Napoca are no longer in control of their own fate in the Second Round after the 80-77 defeat to Mons-Hainaut. They do have multiple routes to qualify for the Round of 16, but both will require an element of luck.

As long as Donar beat Mons-Hainaut, a win against Keravnos could be enough to send the Romanian champions through to the next round.

Alternatively, if Mons-Hainaut beat Donar, Cluj-Napoca could still qualify to the Play-Offs if they beat Keravnos by at least 15 points more than the victory margin of Mons-Hainaut against Donar.

For example, if Mons-Hainaut beat Donar by 1 point, Cluj-Napoca must beat Keravnos by 16 points to qualify.

Belfius Mons-Hainaut stayed alive in Group L with their latest 80-77 triumph over U-BT Cluj-Napoca and have a realistic shot of getting it out of the Second Round before their final test against Donar.

Much like Cluj-Napoca, they do not have their destiny completely in their own hands, but there are multiple paths they could take. In any case though, the game against Donar is a must-win.

In addition to winning against Donar, the first option would have to involve Keravnos beating Cluj-Napoca. Having won the first game against Groningen, Mons-Hainaut can beat out the Dutch side in a potential tie-breaker situation in this scenario.

If Cluj-Napoca beat Keravnos in the other game, the Romanian team's victory margin cannot be bigger than 14 points, comparing to the victory margin of Belfius Mons-Hainaut against Groningen.

For example, if Mons-Mons Hainaut beat Donar by 1 point, 15 points is the most Cluj-Napoca can beat Keravnos by, for Mons-Hainaut to still advance. 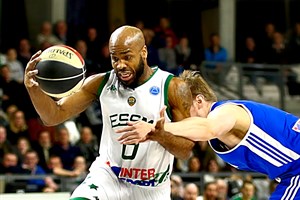 Tuesday preview: Can Egis Kormend defeat Alba Fehervar for a Round of 16 spot? 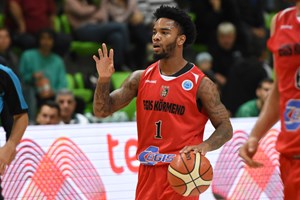