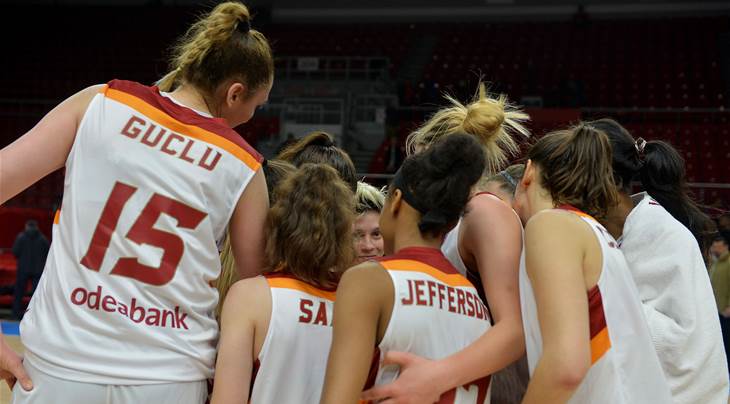 ISTANBUL (EuroCup Women/EuroLeague Women) – There was joy for Galatasaray after they posted a memorable 89-73 derby success against their bitter Istanbul rivals Fenerbahce.

Having recently exited EuroCup Women at the Semi-Finals stage, Galatasaray head coach Marina Maljkovic and her players made a major statement as they caught fire in a stunning third quarter at the Abdi Ipekci Arena.

Despite being without Isil Alben, they blew Fenerbahce off the court with a 33-12 third period that transformed the contest, having been behind by nine points at half-time. Yvonne Anderson poured in 24 points, with Moriah Jefferson adding 20 and Latvian center Kristine Vitola completing a 10-point and 10-rebound double-double.

The result means Yakin Dogu Universitesi are on the brink of adding the Regular Season title to their list of achievements after they beat Besiktas 70-65, with Courtney Vandersloot starring with 22 points and seven assists.

Bellona Agu kept their top four spot after 10 points and 10 assists from Chelsea Gray carried them to a comfortable 77-53 win at Botas. Hatay also won on the road after beating MBK Dogus Hastanesi 78-69, with Courtney Paris in fine form with 21 points and 10 boards.

Samsun continued to move towards safety with a 101-86 victory at Istanbul Universitesi as Frida Eldebrink finished with 24 points and 11 assists, while Eshaya Murphy and Viktoriya Mircheva both scored 27 points.

Uniqa Sopron roared their way to a seventh Hungarian Cup after they overwhelmed VBW CEKK Cegled 94-64 to land the coveted silverware.

After a slow start, both Shenise Johnson and Yvonne Turner came alive to catapult their team to victory with 31 and 21 points respectively.

The Quarter-Finals of the French League got underway and there were a quartet of home victories, although only just for BLMA who squeezed past Hainaut 76-75 in overtime with Elodie Godin the hero as she made the big plays and finished with 25 points and nine rebounds.

ESBVA-LM moved 1-0 ahead in their series against Mondeville as Mame-Marie Sy-Diop inspired an 82-76 success with 20 points.

Tango Bourges Basket are also on the front foot after easing to a 78-65 victory at home to Basket Landes as Marine Johannes stood out with 16 points.

BITTER-SWEET FOR POLKOWICE AND WISLA

It’s honors even for CCC Polkowice and Wisla Can-Pack in their respective BLK Semi-Final series which are both finely poised at 1-1. The former will be more pleased with their weekend’s work since they were able to split two road games at derby rivals Sleza Wroclaw. An 18-point haul from Jamierra Faulkner led to Polkowice sneaking what could be a priceless 66-64 win, although they then lost 62-52.

Wisla lost their first game on home soil 68-65 against Artego Bydgoszcz, but bounced back in front of their own fans with a convincing 81-66 success as Spanish guard Sandra Ygueravide impressed with 19 points.

ELHOTOVA BACK IN ACTION FOR ZVVZ USK PRAGUE

Although she didn’t feature in this weekend’s 83-67 win against Basketball Nymburk, the good news for Czech Republic fans is that Katerina Elhotova has been back in a ZVVZ USK Prague jersey in the past week. Having taken maternity leave, she appeared in the first game of their Semi-Finals series which they won 107-44.

UMMC Ekaterinburg won the first game of their Semi-Finals series against Nadezhda in the Russian League 85-50 as Brittney Griner racked up 25 points.

Good Angels Kosice conquered the EEWBL for the first time as they beat TTT Riga 67-44 on their home court as Teja Oblak led the way with 15 points and six rebounds. 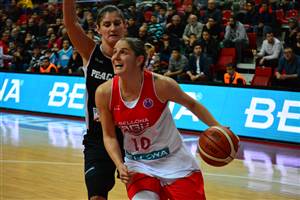 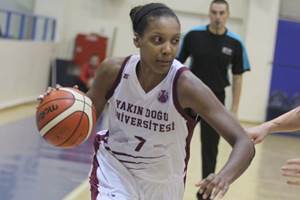