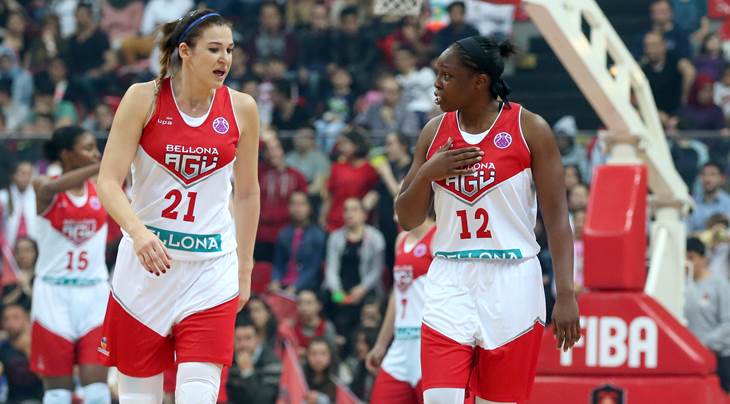 ISTANBUL (EuroCup Women) - We look forward to what is guaranteed to be a historic second leg of the EuroCup Women Final as either Yakin Dogu Universitesi or Bellona Agu prepare to be crowned winners for the first time.

YAKIN DOGU UNIVERSITESI v BELLONA AGU
It had looked like rookie entrants Yakin Dogu Universitesi were going to run away with it during the first game in Kayseri. But, Bellona Agu shrugged off a below-par opening half to come back into contention and reduce the damage to 73-69 - mainly off the back of a perfect shooting effort from Croatian center, Mirna Mazic.

This sets up a fascinating second leg in Istanbul, with further intrigue added by the fact that both clubs met each other last weekend in the Turkish League. And, thanks to 25 points and 12 rebounds from Ann Wauters, it resulted in an dramatic 76-74 success for Bellona Agu.

Key Match-Ups: Courtney Vandersloot and Kayla McBride caught fire in the first leg, especially the former, which puts the onus strongly on Tanisha Wright to try and slow her opponent down. That is not an easy job, because Vandersloot was gone as soon as she had the opportunity to run the floor. Meanwhile, Bellona Agu simply must get a hand in the face of Kayla McBride, who might yet see a lot of Chelsea Gray. The first game suggested the outcome might be decided in the backcourt and on the wings, rather than in the paint as anticipated.

Three Points:
- Bellona Agu are going to have to do something that nobody else has done so far, which is defeat Yakin Dogu Universitesi on the road. YDU have never lost a EuroCup Women game on their own floor.
- Bellona Agu have to box-out really well as Yakin Dogu Universitesi secured 13 offensive rebounds in the first game to show why they are one of the leaders in the competition on the offensive boards with 11.4 per game compared to just 7.5 for the visitors.
- Courtney Vandersloot is now the most efficient player in the competition this season with an average efficiency score per game of 21.3.

What They Say:
"I do not know how much worse we could have played in the first leg and yet even though we played terrible, we only lost by a difference of four points. I see ourselves as lucky because of this and I was surprised by some of my players in the first-half of the first game as I was not expecting them to play so badly. We will get prepared better and need to be more focused. Last time it was terrible how many offensive rebounds we gave them. On the night, we played a better team, but we are hopeful we will do better in Istanbul." Bellona Agu play-caller, Ayhan Avci

"Bellona Agu have already represented the city of Kayseri for 10 years and this is their third EuroCup Women Final, so they are very experienced. We had too many turnovers in the first game and clearly nothing is finished yet. This second leg will be played in Caferaga now with our spectators and hopefully each team will play great." Yakin Dogu Universitesi head coach, Zafer Kalaycioglu.

You can watch the Final live on www.livebasketball.tv 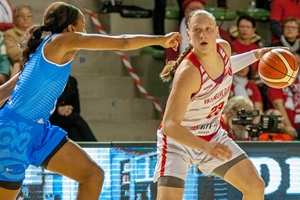 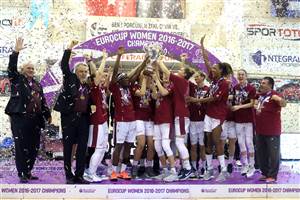