MUNICH (EuroCup Women) - We look forward to what is shaping up to be an exciting first leg of the EuroCup Women Final as Bellona Agu and Yakin Dogu Universitesi, two Turkish clubs, look to land the silverware for the very first time.

This isn’t the first major Final of the season between these clubs who not only know each other well from their KBSL meetings, but also from contesting the decisive game in the prestigious Turkish Cup last month. That went the way of Yakin Dogu Universitesi as they completed a one-sided 77-61 success to take the trophy for the first time.

They are now looking for more history as they continue to emerge as a potential new powerhouse of the women's game, managing to disrupt the long-standing status-quo of either Fenerbahce or Galatasaray being the traditional rulers of Istanbul and Turkish women's basketball.

Meanwhile Bellona Agu have always threatened success domestically and in EuroCup Women as they look to lay some ghosts to rest. Having lost their previous two Finals in the competition, will it be third time lucky? They will certainly have a mammoth crowd behind them as they look to get an advantage to take into the second meeting. Kayseri loves to come out for the big occasions and it will be no different on Wednesday evening.

It's a game packed with so much talent and experience on both rosters and one for the neutrals to get incredibly excited about.

Records So Far: Yakin Dogu Universitesi have reached this point with a fine 14-2 record and Bellona Agu have an even better 13 wins and just one loss. In terms of domestic meetings, it is interesting that Bellona Agu will play their opponents at home in the Turkish League this weekend as well.

Key Match-Up: It’s all about the battle under the basket between Lara Sanders and Quanitra Hollingsworth in a duel which also has potential ramifications for Turkey’s naturalized spot at FIBA EuroBasket Women 2017. Notably, in the Turkish Cup Final, Hollingsworth had a terrific 24 points and 11 rebounds.

Three Points:
- A Turkish club will win EuroCup Women for the first time since 2009 when Galatasaray lifted the title in a team that included Bahar Caglar of Yakin Dogu Universitesi.
- Bellona Agu have their own EuroCup winner in Ann Wauters who lifted the silverware in 2015 with ESBVA-LM.
- Even if Bellona Agu manage a sizeable first leg advantage, they will be wary of 2012 when they won the first encounter against Dynamo Kursk by 14 points but still couldn't clinch the title.

What They Say:
"We usually play very well at home. For example, we have lost only two or three games during the last two years in European competitions. So our arena is very important for us. We are in the Final now and it's very important to live this for a third time. Now it is time for us to win the tournament as we want to give a Cup to Kayseri this year." Bellona Agu play-caller, Ayhan Avci

"We are really proud of being in the Final and especially as it is the first time in our history. We also played the Turkish Cup Final against Bellona Agu and it will be a tough match-up. We are excited about this." Yakin Dogu Universitesi head coach, Zafer Kalaycioglu.

You can watch the Final live on www.livebasketball.tv 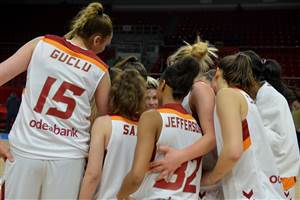 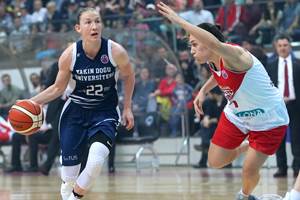