MUNICH (Germany) - It proved to be an absorbing and eventful night of action in EuroLeague Women as Basket Landes completed one of the biggest upsets in recent memory in taking down Fenerbahce Safiport in Istanbul.

Smashed by 40 points in their opener last week at Schio, it was a super comeback from the French side as they racked up a memorable 70-65 road win, inspired by the expertise of veteran playmaker Celine Dumerc. The French guard postponed her previous decision to retire, for more nights exactly like this.

While Dumerc was contributing 11 points, 4 assists and using all her know-how to get her team the first victory of the season, backcourt partner Lidija Turcinovic also impressed with 15 points, 5 assists and 4 rebounds. .

"We are happy as we did not expect it," admitted Landes head coach Julie Barennes.

"We said before the game that we had nothing to lose because we knew that Fenerbahce are very good compared to us and the first game and loss last week was mentally tough."

"So yes, it was a surprise, but I am happy for my players that they were able to make a good job," she added.

Galatasaray could have picked up their first win of the campaign but instead. snatched defeat from the jaws of victory as they were beaten 78-76 at Dynamo Kursk. They had what was supposed to be the last shot of the game to seal the deal, but proceeded to turn the ball over and hand their Russian hosts a game-winning lay-up on the break.

It was tough to stomach for Tina Krajisnik who was immense yet again in defeat, completing a double-double of 26 points and 12 rebounds, while Pelin Bilgic also lit it up with 15 points and 10 assists, while Anete Steinberga accumulated 21 points. However, it was the home team left celebrating, thanks mainly to 17 points and 11 boards for Natasha Howard and also the decision to bring back Epiphanny Prince to Kursk, as she racked up 15 points and 6 assists.

KSC Szekszard and MBA Moscow are still waiting for their first wins in the competition after both recorded successive losses. The former were beaten 72-65 by BLMA in what was their maiden home game of the Regular Season. They were undone despite a towering 20 points and 14 rebounds from Nikolina Milic. It was Haley Peters with 18 points and Sydney Wallace with 17 that propelled the visitors and also maintained BLMA's unbeaten start.

Meanwhile MBA Moscow were a long way off the pace in their matchup at home to ZVVZ USK Praha as they went down 79-54. Cracking under the pressure with an eye-watering 32 turnovers, the Russians had no answers as Dragana Stankovic continued her rich vein of form with 15 points, 9 rebounds, 3 assists and 3 steals. Veronika Vorackova was also instrumental with 14 points, 11 rebounds and 4 assists.

VBW Arka Gdynia are yet to get off the mark after they suffered an 86-71 home reverse at the hands of Sopron Basket - even though Alice Kunek scored 23 points and handed out a terrific 11 assists. A strong shooting night and team effort from Sopron was key, with five players offering double-digit scoring returns, led by Bernadett Hatar who had 18 points and 11 rebounds.

Finally, Perfumerias Avenida moved to 2-0 as they completed a home-court 72-41 lockdown of TTT Riga. American Bella Alarie had one of her best games in the competition with a smart 14 points and 8 rebounds, while Greek center Mariella Fasoula added 16 points. 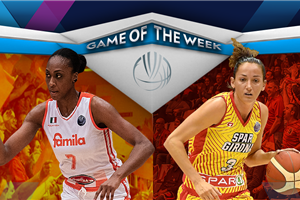 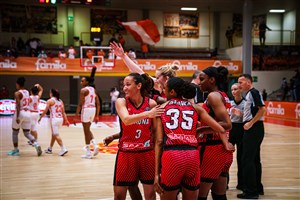 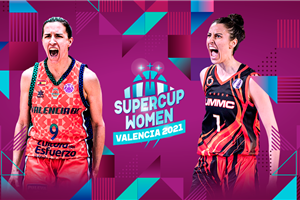 SuperCup Women: Can Valencia challenge UMMC Ekaterinburg for the title? 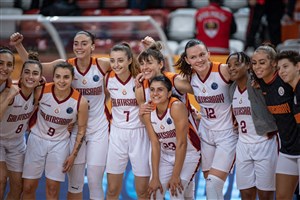 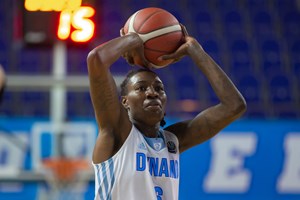