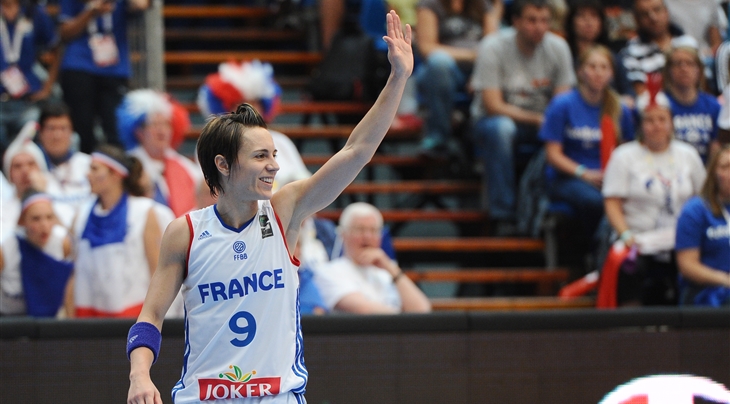 Dumerc had been widely expected to call it a day at last year's showpiece tournament, but never got to repeat her heroics of London 2012 after a late injury forced her out of the competition in Brazil.

Now she is looking for this summer to be a crowning moment, preparing to lead her team for the last time.

After more than 250 games and a 14-year international career, the time has come for Dumerc to move on – although not before she tries to propel France back on top of the podium for the first time since 2009.

"This is my last outing in blue," confirmed Dumerc, who will captain the team in Prague and has put in some incredible displays for her country over the years.

"We are never immune to what may happen, but I want to have the opportunity to finish with a campaign.

"I think it's also time that I stop and finishing at a FIBA EuroBasket Women Final Round where we go with ambitions will be fine.

"In 2016, ahead of Rio, I had imagined some things, but nothing happened as expected."

It had been going so well for Dumerc last year after winning EuroCup Women during her farewell season at Tango Bourges Basket. But, the Rio disappointment was a major cloud and the playmaker is acutely aware that there are no guarantees of a dream finish on Czech soil.

She confessed: "If I was told that I will be a FIBA EuroBasket Women champion on June 25th, I would sign for this right away, as it would be wonderful.

"I also know how difficult it is to win and finish on a podium. We want to finish on the highest step since 2009, but it is not so simple.

"As much as I have the example of Cathy Melain who finished like that [with success], I also have the memory of Edwige Lawson-Wade and Emmeline Ndongue.

"They finished their careers wearing blue in tears during 2013 with a defeat in the Final of FIBA EuroBasket Women in France, when they were just two seconds away from gold.

"Whatever happens, I just hope it will be a great campaign and we at least get a medal again at the end.

"Since 2009, we have always left with something at FIBA EuroBasket Women and I do not want this series to stop in 2017," concluded Dumerc. 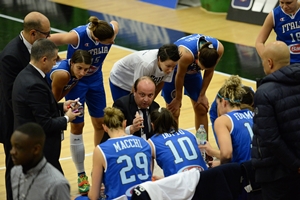 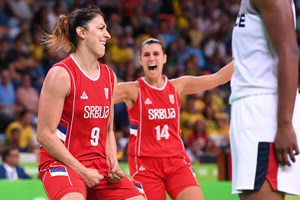