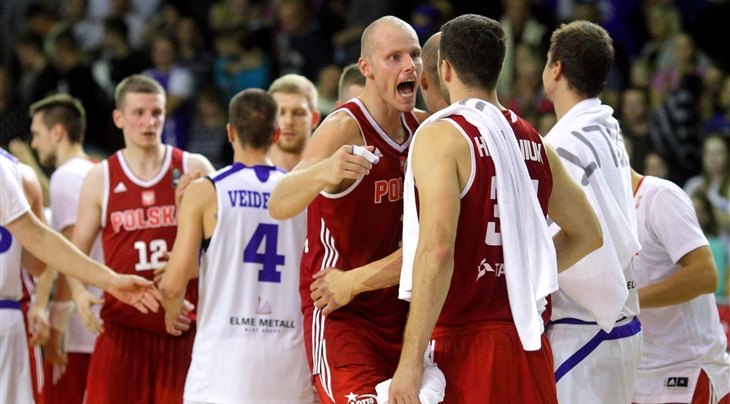 Germany saved their best for last. A brilliant defensive effort led them to an 82-51 away win against the Netherlands, more than enough to clinch first place in Group B. Maodo Lo played an all-round game with 11 points, 11 rebounds and 6 assists, Daniel Theis needed just 18 minutes to put in 14 points on 5-of-5 shooting from the floor, while Johannes Voigtmann had 9 of his 15 points in the first quarter.

Charlon Kloof was the lone warrior for Oranje, but his 18 points were not enough to book the Netherlands a ticket for FIBA EuroBasket 2017. Austria stayed third in Group B despite their 86-72 defeat away at Denmark.

Iceland had it all in their hands once Cyprus had beaten Switzerland 92-78. And the island nation delivered, defeating Belgium 74-68 and advancing to their second-straight FIBA EuroBasket. Jean Salumu and Jonathan Tabu combined for 45 points for Belgium, who advanced as group winners, but Iceland used their balanced offence to overturn a 14-point deficit.

Back to back eurobasket!!! #eurobasket2017 #wehere

Martin Hermannsson scored 18 points and dished out 5 assists, Haukur Palsson finished with 11 points, while Hlynur Baeringsson and Jon Steffanson had 10 points each for Iceland. They were the one of only two squads with a 3-1 record among the second-placed teams.

The other was Montenegro, who had no answer for Michael Dixon and Georgia. Dixon connected on 7-of-10 three-pointers and collected 31 points to give Georgia a 90-84 win in Montenegro. Zaza Pachulia won the battle of NBA centers, finishing with 21 points and 13 rebounds, compared to 17 points and 8 rebounds for Nikola Vucevic.

The win saw Georgia through as the group winners. Montenegro had already booked their FIBA EuroBasket 2017 ticket before the final gameday. Also in Group F, Albania defeated Slovak Republic 72-65 to celebrate their maiden win of the Qualifiers. Both teams finished at 1-5, but Slovak Republic own the tie-breaker and claim third spot.

Great Britain advanced as the third-placed team in the runners-up classification. Their 2-2, +17 record stayed intact even with an 82-75 defeat away at Luxembourg. Tom Schumacher had 20 points for the bottom team of Group G, while Gabriel Olaseni claimed a 14-point, 15-rebound double-double for Team GB. Another successful run for the British team, they will play their fourth FIBA EuroBasket in five attempts.

Also in Group G, Hungary finished on an impressive 6-0 record. Even without their two best scorers in Adam Hanga and David Vojvoda, they managed to defeat the Former Yugoslav Republic of Macedonia 63-61. Csaba Ferencz tied his season-high performance with 18 points.

Slovenia used their other dynamic duo to finish the Qualifiers with a perfect 6-0 record. Klemen Prepelic and Alen Omic channelled their inner Zoran&Goran Dragic, and combined for 18 fourth quarter points in an 80-69 win over Ukraine. Goran Dragic played a big game himself with 22 points. Prepelic and Omic both finished with 15.

Poland made sure there was no drama in Group D. Mateusz Ponitka led five players in double figures with 15 points in a dominant 94-63 win in Estonia. Portugal defeated Belarus 77-62 in the other game, so both Estonia and Belarus finished with 3-3 records. Estonia had the tie-breaker, but were the only second-placed team with a 1-3 record, staying out of FIBA EuroBasket 2017.

In the only Group C game of the day, Russia held off Sweden 63-59 to join Slovenia and Hungary, the only other unbeaten teams of the Qualifiers. A couple of Sergeys took over when it mattered most, Bykov with 15 points, Karasev with 12, including clutch free throws that sealed the deal for Russia. 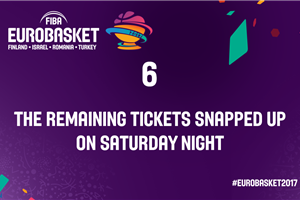 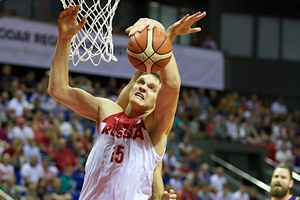