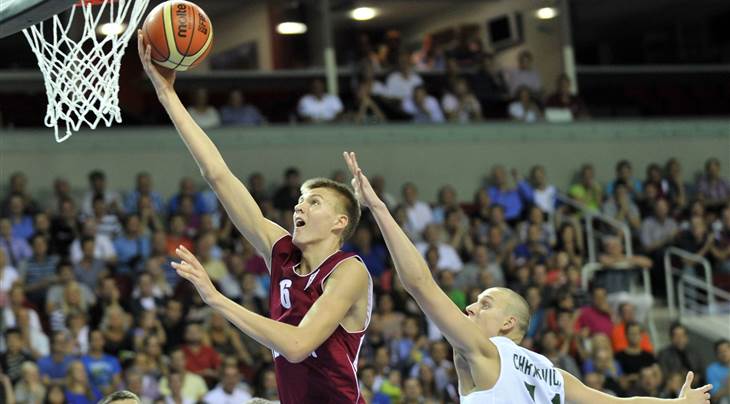 Porzingis 'absolutely' hopes to play for Latvia at FIBA EuroBasket 2017

In an interview with FIBA.com, Porzingis, who last played for his country at the FIBA U18 European Championship 2013, has yet to confirm that he will be with the national side when it competes in Istanbul.

But the 21-year-old is to hold a press conference in his hometown of Liepaja next week and is sure to be asked about his possible involvement with Latvia at FIBA EuroBasket (August 31-September 17).

The Baltic side will be eager to incorporate the 2.21m Porzingis into their team for the games against Great Britain, Belgium, Russia, Serbia and Turkey in Group D, which will be played in Istanbul.

Porzingis said of Group D: "It's a very interesting group, a tough one to be honest. Teams like Serbia and Turkey have a lot of experience, they know how to win in this kind of competition.

"Playing in Istanbul is going to be intense as it's a country and a city that loves basketball. We will need to be ready from day one and play at our best level. We will also need a bit of luck like every team needs in this kind of competition. It would be nice to see the national team play well and I would like to help the team win games."

The Knicks finished a long way out of the NBA Play-Offs for the second straight season with Porzingis.

The Latvian demonstrated on plenty of occasions that he'll have a long and successful career in the league.Porzingis didn't play when Latvia finished eighth at FIBA EuroBasket 2015, or last summer when the team competed in the FIBA Olympic Qualifying Tournament (OQT) in Belgrade.

The Ainars Bagatskis-coached team thumped Japan and the Czech Republic in their first two games. 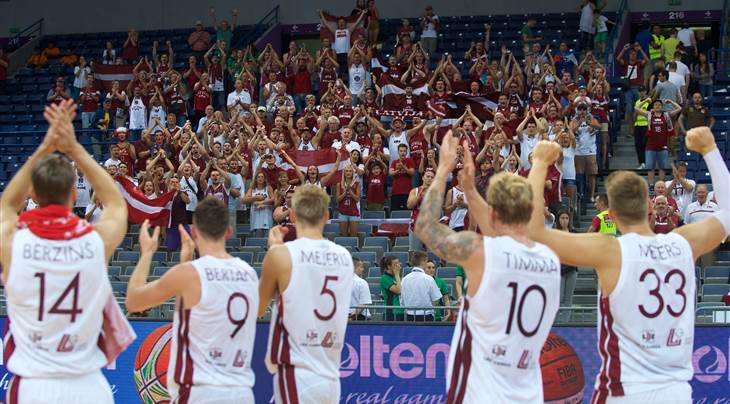 Latvia celebrated after their OQT win over the Czechs last summer

The team then lost a hard-fought Semi-Final clash with Puerto Rico, 77-70. However, the result has not dampened the enthusiasm of the players and Porzingis firmly believes there are good times ahead for Latvian basketball.

"We have good potential and we can have a very competitive national team," Porzingis said. "Basketball has been growing a lot in my country and I enjoy witnessing it. "Some guys are having great seasons and we have some great veterans that can still have a great impact on the national team." Porzingis last played for Latvia at the 2013 U18 European Championship

Porzingis, who played in Seville, Spain, before moving to the Knicks a couple of years ago, knows his success has created additional interest in the sport in Latvia.

"Latvia's basketball has been improving a lot the last couple of years," he said. "I am very happy to see that kids love this sport and that some of them want to follow in our footsteps and want to be professional basketball players."

When asked if it was possible for him to play this summer for the national team and if he'd like to compete at the FIBA EuroBasket, Porzingis answered: "Yes, absolutely. I would like to help the team get to the second round and have a great campaign." 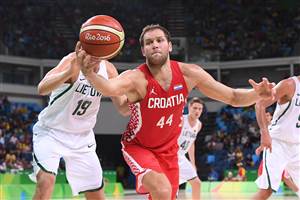 Bogdanovic says Croatia will only get better 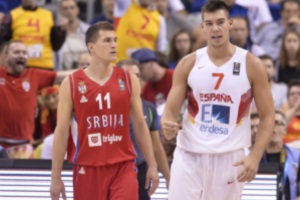