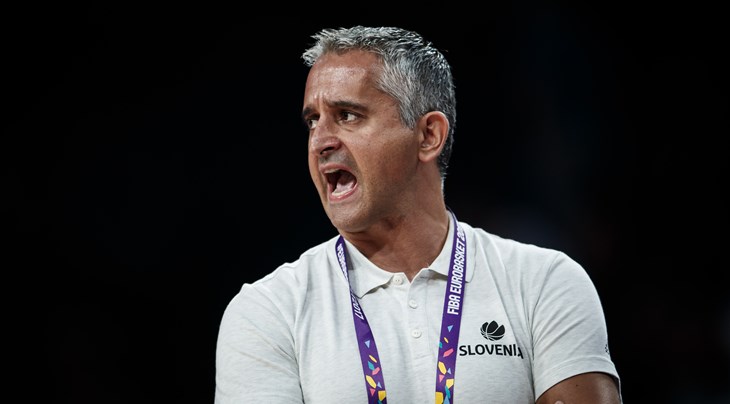 ISTANBUL (FIBA EuroBasket 2017) - It was an unexpected beat down that few could have seen coming. The Semi-Final between undefeated teams Spain and Slovenia was tipped to be a thrilling affair and seemed to be following the script with little separating the teams at half-time. It appeared almost certain that the game would head down to the wire.

Astoundingly, playing with energy, precision and skill, a confident Slovenia dismantled mighty Spain in a second-half masterclass to win convincingly 92-72 and claim a berth in their first-ever Final. Few could have predicted Slovenia's onslaught and the one-sided final score.

Even Slovenia coach Igor Kokoskov admitted to being stunned by his team's thrashing of Spain, whose 13-game FIBA EuroBasket winning streak spectacularly ended. "That kind of result makes me feel speechless right now," he told fiba.basketball after the Semi-Final. "To be honest, before the game I couldn't promise we could beat Spain - such a talented, deep and experienced team - by 20. The performance, execution and energy was great.

"It was an emotional game on the big stage, for some guys it was the first time," he added. "We didn't just play hard, we played well and together."

Boasting Goran Dragic, the tournament's MVP favorite, and rising teen sensation Luka Doncic, Slovenia have become one of the most prominent teams of the tournament. They are easy on the eye with the two wizardry playmakers able to do it all. Dragic and Donic can get to the basket at will but have the skill to kick out to Slovenia's deadly open shooters if needed.

Reminiscent of the NBA, Slovenia play at a fast tempo as evidenced by their high scores - 103 and 92 - in their past two games. Oozing with young talent, Slovenia like to push the ball quickly in transition and score in layups or three-pointers, which came to the fore against Spain where they incredibly converted 14-of-25 from beyond the arc.

It isn't particularly surprising Slovenia have embraced this style, with Kokoskov being a famed offensive mastermind as a part of the Phoenix Suns' entertaining 'seven seconds or less'  teams of the mid-2000s as an assistant coach.

During his long tenure in the NBA, which stretches back to 2001, Kokoskov has developed a reputation for being able to develop point guards - having honed the skills of Dragic, Steve Nash and George Hill.

Reuniting with Dragic has undoubtedly worked wonders but it's not hard to see the influence he's had on 18-year-old Doncic. Kokoskov has entrusted confidence in Doncic and given him more opportunities to handle the ball as the tournament has progressed. With Doncic handling the responsibility with ease, Kokoskov has been able to rest Dragic during stretches of games in an effort to conserve his energy for crunch time.

However, it would be unfair to label Kokoskov as merely an offensive genius. Strong defensive principles have been instilled in him throughout the years and he was part of Detroit's 2004 title run when the Pistons famously shut down the Shaquille O'Neal/Kobe Bryant-led Lakers in the Finals through hard-nosed defense. Currently, Kokoskov is a lead assistant at the Utah Jazz, one of the best defensive teams in the NBA.

Perhaps overshadowed by their flair on the other end, Slovenia have clamped down on opponents through rugged defense. After some early struggles in the interior, Kokoskov has gotten the best out of big men Anthony Randolph and Gasper Vidmar - who more than matched it against Spain's imposing frontcourt. It's testament to Kokoskov's great strength as a coach - his ability to empower players and getting them to buy into their roles.

Congratulations to Coach Igor Kokoskov and Slovenia on advancing to the #EuroBasket2017 Finals for the first time ever! 🇸🇮 pic.twitter.com/9RYMqlYEC8

Kokoskov says Slovenia's run-and-gun game starts on the defensive end. "We try to create the tempo but the only way we can do that is by getting stops," he says. "We play good defense, especially protecting the paint, position defense and containing guards. Our post defense was huge against Spain."

The Serbian coach seemingly has the golden touch, having still not suffered an official loss since taking Slovenia's reins last year. He led them through an unbeaten FIBA EuroBasket Qualification campaign and now has chalked up 13 straight wins.

Kokoskov says coaching Slovenia has been an eye-opener. "The biggest surprise is the Slovenian national team...how we play and what we have achieved so far," he says. "We play with a big heart. It's special."

Kokoskov is just enjoying the ride and learning new tricks of the trade. "I'm learning every game, that's why I am here," he says. "I'm here to make my own mistakes as a coach. To grow as a coach and grow with the players. I'm happy to be part of the team.

"I am a better coach after this summer." 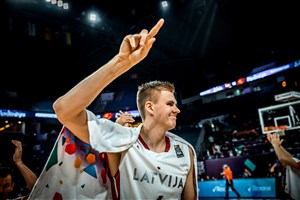 With basketball taking center-stage in Latvia, the World Cup beckons 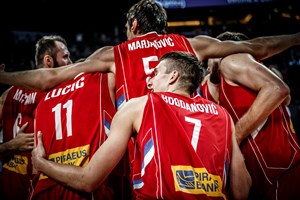