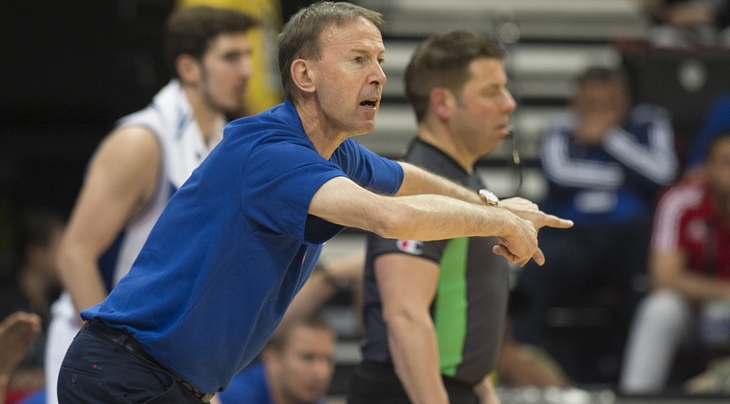 37 players commit to France until 2020 Olympics

Team France Basket - as the FFFB is branding the new pool of players - is highlighted by eight NBA stars, including the Utah Jazz duo of Boris Diaw and Rudy Gobert, with five more top players playing in Spain, including Antoine Diot and Kim Tillie. The group also contains 15 players who earn their salaries with ProA teams in France.

The Team France Basket list covers the next three major competitions, starting with this summer's FIBA EuroBasket 2017 and continuing on for the FIBA Basketball World Cup 2019 and Men's Olympic Basketball Tournament at the Tokyo 2020 Games.

Collet has nominated nine of the players who helped France reach the Quarter-Finals at the Rio Olympics 2016, where Les Bleus lost to Spain. Missing from that side in this 37-player squad are Tony Parker, Florent Pietrus and Mickael Gelabale with Parker having retired from the national team after the Olympics.

It was announced that the Team France Basket players have or will sign a "charter of engagement."

"The desire is to continue producing results at a high level at the European and world stages," Collet explained.

The coach also emphasized at the press conference announcement that the players who play in the Qualifiers but do not appear at the FIBA Basketball World Cup 2019 will be given the feeling that they are part of the team.

The FFBB national team technical director Patrick Beesley said the Team France Basket pool was designed to give a sense of responsibility to the players.

"We do not wish to announce selections of squads by default and I would like to assure you that the motivation of the players is as high as it can be," Beesley said.

Despite Nicolas Batum hinting that he will not play this summer, Collet has included the Charlotte Hornets star. In addition to the eight NBA players, Yabusele Guerschon of the Maine Red Claws from the D-League was also listed on the squad.

The youngest player currently in the pool is 1998-born Frank Ntilikina, who is expected to be selected in the lottery of June's NBA Draft, which would likely keep him out of the FIBA U19 Basketball World Cup 2017. The 1996-born Alpha Kaba from Mega Leks in Serbia and 1995-born Mathias Lessort of Nanterre 92 are also projected with good chances of being chosen in the draft.

Lessort was named after becoming a double-title winner with Nanterre, having won the FIBA Europe Cup and the French Cup. Lessort collected 19 points and 5 rebounds over the two legs of Nanterre’s FIBA Europe Cup title over Elan Chalon.

Yakuba Outtara meanwhile will be playing in the upcoming Basketball Champions League Final Four with AS Monaco, with whom he has averaged 10.4 points and 2.6 rebounds.

France have reached the last three FIBA EuroBasket podiums, winning the title in 2013, losing to Spain in the 2011 Final and knocking off Serbia in the Third-Place Game in 2015.

France have been drawn into Group A of FIBA EuroBasket 2017 in Helsinki with hosts Finland, Greece, Iceland, Poland and Slovenia.

The draw for the qualifiers for the FIBA Basketball World Cup 2019 will take place on May 7. 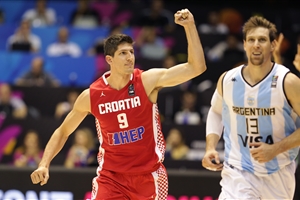 Rudez wants to be veteran presence on Croatia's EuroBasket roster

Ilyasova: 'Turkey can compete with the bigs' 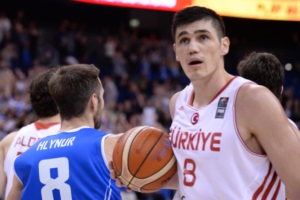