SAN JUAN (Puerto Rico) – Puerto Rico took another win on home soil as they held off Uruguay 76-68 in front of a packed crowd at Coliseo Roberto Clemente in San Juan on Monday night.

Uruguay came out hot despite playing against the home crowd, as Jayson Granger and Gonzalo Iglesias kept the pressure on offensively while Esteban Batista kept Puerto Rico off the boards to lead 23-12 after the first quarter.

Puerto Rico responded after the first ten minutes by going on a 12-0 run including breaking their drought from beyond the three-point arc as Stephen Thompson Jr. notched double-digit points just four minutes into the quarter.

As Uruguay was held to just 11 points in the quarter, shooting 33 percent from the floor, they committed 12 turnovers that led to 14 points for Puerto Rico.

Ethan Thompson scored 5 points in 40 seconds to extend Puerto Rico’s lead to 10 points with 33 seconds to play in the first half, and holding Granger and Batista out of scoring range late helped keep Puerto Rico ahead.

Uruguay’s frustrations got the best of them as they allowed Puerto Rico to lead by double digits early into the third quarter as Tremont Waters took his turn to finally find his scoring rythym while Uruguay continued to have trouble forcing shots and failing to capitalize on rebounds offensively.

Granger and Batista continued to fight to keep Uruguay in the game, both with 10-plus points with just over a minute to play in the third quarter, double teaming Puerto Rico’s top scorers on defense to accumulate as many stops as possible. But as Waters continued to pick up on his scoring that was lacklustre in the first half, Puerto Rico forced Uruguay into panic mode committing more bad turnovers and led by 13 to end the quarter.

Timajh Parker controlled the boards with 11 including commanding offensive boards to get Puerto Rico a second chance to score, while also denying any fast break opportunities for Uruguay.

With just five minutes left to play Puerto Rico had extended their lead to 16, their largest of the game, despite Batista notching a double-double of 14 points and 12 rebounds up to that point with no answer from Puerto Rico’s defense.

Uruguay continued to push late into the fourth quarter, leading the scoring 17-13 and closing the gap to 9 points with 20 seconds to play, but the work that Puerto Rico put in during the third and fourth quarters gave them a big enough cushion to hold on and win.

Waters led all scorers with 17 points and 6 assists as Thompson Jr. added 12 points, 4 rebounds and 2 steals. Ford also added 12 points, with seven players scoring 5 or more points for Puerto Rico in the win.

Batista led all scorers with 19 points and 16 rebounds, and Granger bolstered Uruguay by tallying 17 points, 6 rebounds, 4 assists and 2 steals in the loss. The two along with Bruno Fitipaldo’s 13 points combined for 49 of Uruguay’s 68 points. 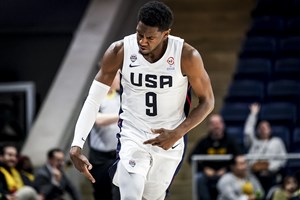 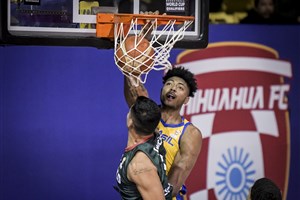 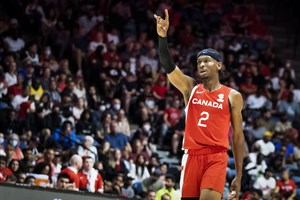 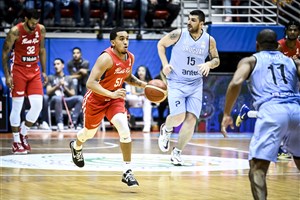