Spain turn it around against Iran for Group C clean sweep

GUANGZHOU (China) - As games with Spain go, this one went much better for Iran. They didn't win but the 73-65 margin this evening is far more respectable than the 30-point pasting they endured in the preliminary round at the 2014 FIBA Basketball World Cup, their only previous championship meeting.

It could have easily gone the other way and become an historic win for Iran who has yet to defeat a European side in World Cup play in six tries now. The Persian protagonists scored the game's first 10 points and were ahead 21-18 after the first ten minutes. Down by two at the half, they were ahead again by one with one quarter to play.

With this win, Spain have won all their preliminary round games in four of the five FIBA Basketball World Cup tournaments they have played in since 1998.

Spain moves on to Wuhan for games with Serbia and Italy in Group J. Iran now go to Group N in Beijing with Angola and Philippines for Classification Games.

Turning Point: Iran were ahead 63-62 with 4:10 left when Victor Claver hit 1 of 2 free throws to even the game. Claver then found Juancho Hernangomez to put Spain ahead by 2 only to have Iran's main man Hamed Haddadi (10 points, 15 rebounds, 6 assists) tip in to equalize. The man of many L's, Sergio Llull, knocked down the winning three-pointer with 1:31 to play. Claver dunked 20 seconds later before Gasol closed it out with his trey.

TCL Player of the Game: Marc Gasol led Spain once again with 16 points, 6 rebounds and 3 assists to be the man of the match for the second game in a row. He was 1-of-5 from beyond the arc but that one was exclamation point to a game that La Roja could have, perhaps should have, lost.

Bottom Line: Spain had already moved to the next round before the first whistle blew and played uninspired for most of the game until the reality of losing became just that, real. That cannot happen from this point forward if they want a chance to hold the FIBA World Cup.

They Said: "Another game that we started bad and we will have to step up and start better. We are getting better every day and so is the level of our chemistry and confidence. We know right now that we have to step up. All the guys know how to compete. So, we know we have to be ready for the next game." - Spain forward Juancho Hernangomez

"The first five or six minutes was bad. Our shots were in out and out. But we stepped it up defensively. But overall the defensive tone was good. We probably struggled a little more than a lot of people thought. We found tough competition who gave us tough competition. The superior level of competition in the next round will activate more of our pride, intensity and concentration." - Spain coach Sergio Scariolo

"We played with passion. We played like how Iran wants to play. Spain is a championship contender. It comes down to execution at the end of the game. We didn’t do it, they did. We had nothing to lose. Everybody felt embarrassed about the two losses. We wanted to leave the city with our heads high and I thought we did that." - Iran power forward Michael Rostampour

"It was a strong and physical game. We lost focus in the last two minutes. We lost but our heads are held high. We did our best but Spain used their experience in the last two minutes. We face Philippines and Angola, which we wish to win. Very important games for us. We have to use this opportunity and it brings us another chance. Tomorrow is another day for us. We are ready for the next stage." - Iran coach Mehran Shahintab 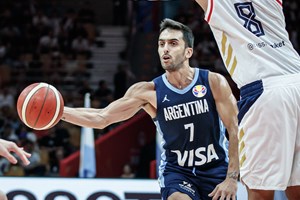 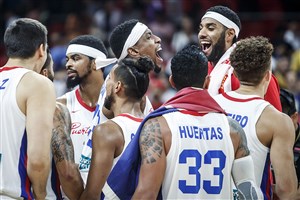