MIES (Switzerland) - The sixth and final window of the FIBA Basketball World Cup 2019 Qualifiers attracted impressive crowds all over the globe, with fans packing arenas to witness the decisive battles for the last 14 remaining tickets to China.

The close-fought races across the European continent - 12 teams competed for the region's 5 remaining World Cup berths - had fans turning up in huge numbers, with sell-out crowds confirmed for 14 games.

The qualification duel between Russia and Finland was at the center of attention in Group K with a capacity crowd of 7,180 spectators witnessing a dramatic 91-76 Russian triumph at the Molot Sports Hall on Sunday in Perm.

Just a couple of days earlier, more than 7,000 spectators cheered on Finland at the Espoo Metro Arena to a 76-69 victory in a must-win contest over France to extend their campaign. 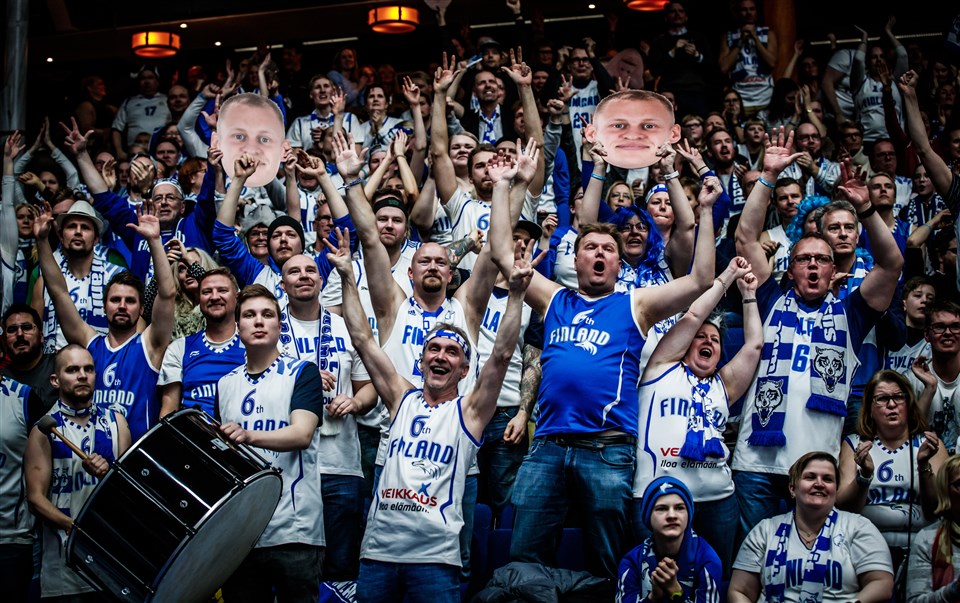 In Group I, Montenegro celebrated their first-ever qualification to the World Cup in front of a packed Sports Center Moraca in Podgorica with 6,000 fans in attendance. The tiny nation of 600,000 inhabitants booked their place in spite of an 80-74 defeat to Latvia on Monday night. 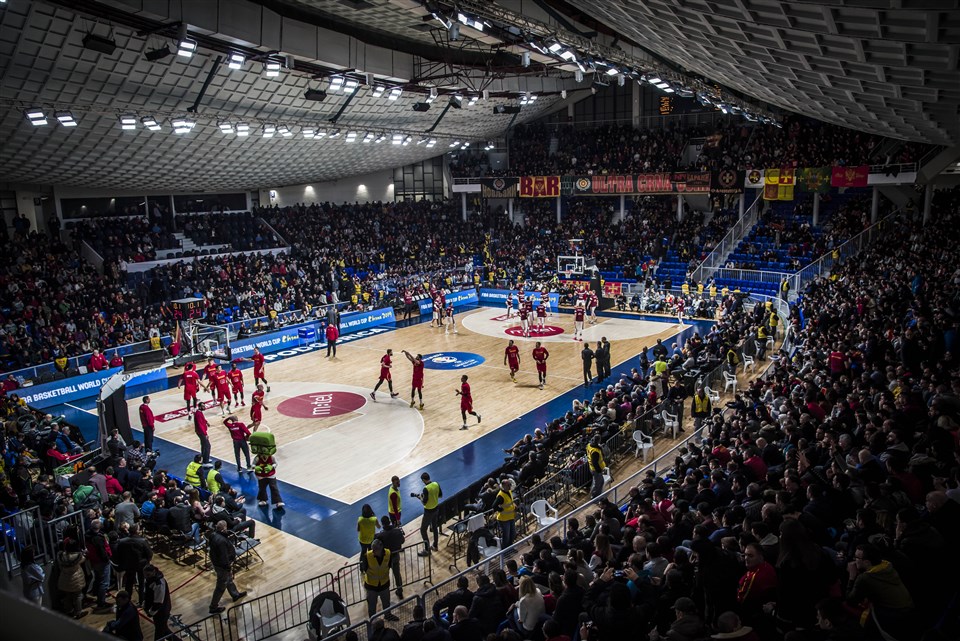 The Baltic side missed out on qualifying for China 2019 but it wasn't for a lack of fan support. Some 10,200 spectators flocked to Arena Riga for their first game of the window, a 67-62 defeat to Group I winners Spain. 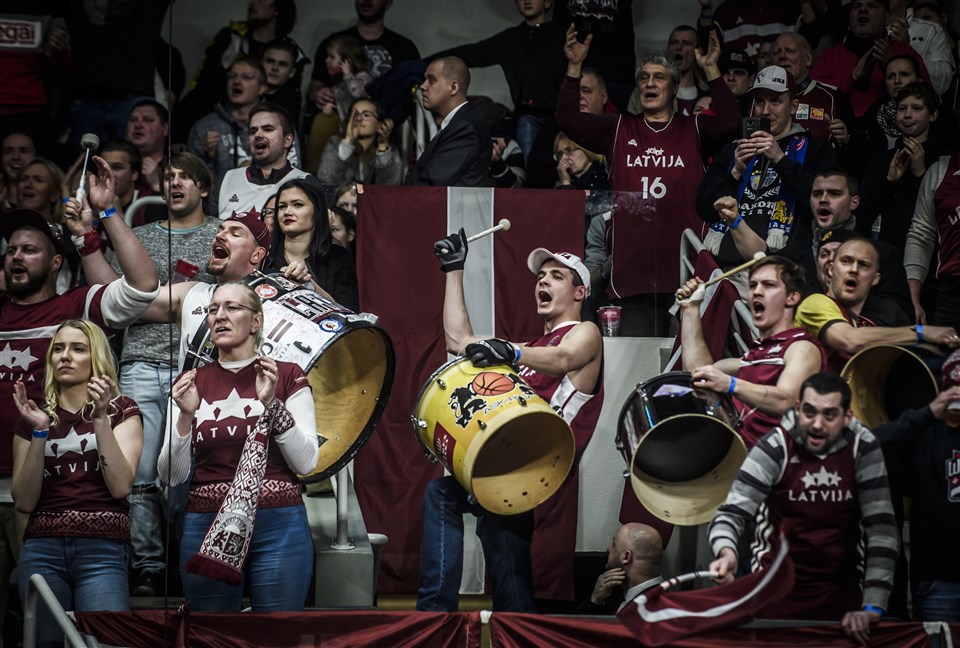 On Friday, Italy marked their return to the World Cup for the first time in 13 years by putting Hungary through several spin cycles in a 75-41 rout, much to the delight of a full house of more than 5,100 spectators at the famed Enerxenia Arena in Varese. 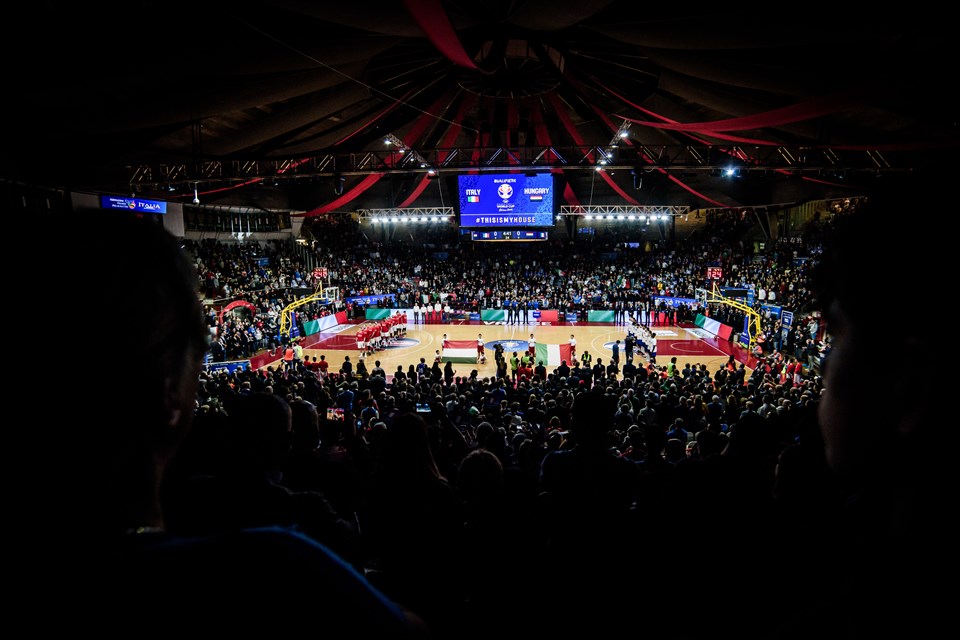 Serbia had the full and undivided support of 7,000 supporters that packed an equally famous Aleksandar Nikolic Hall behind them as they clinched their place in China with a 97-76 victory over Israel in Sunday's Group K decider. 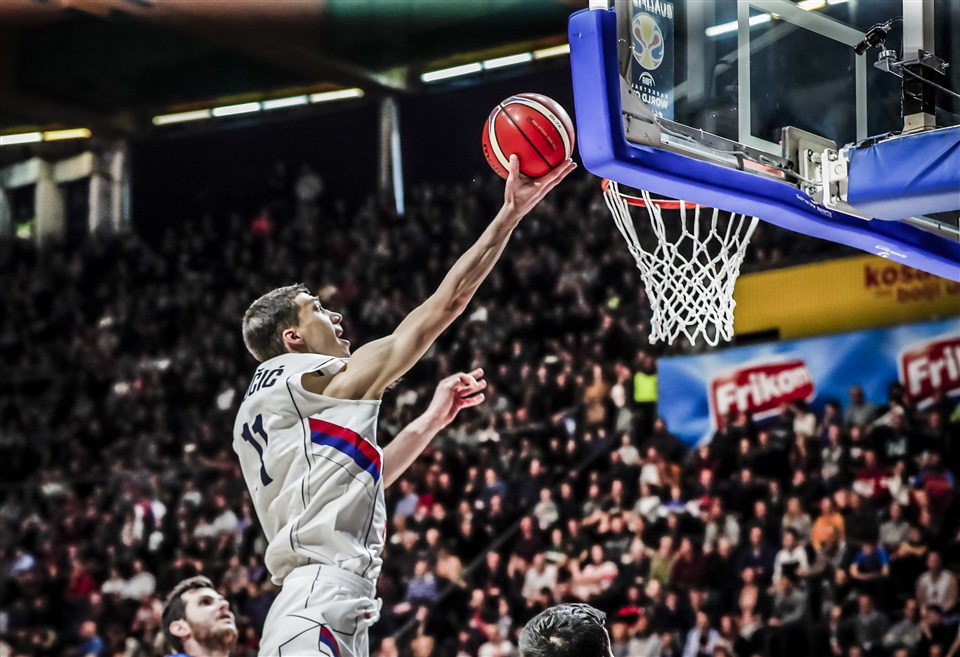 There were also sold-out arenas for games in France, Germany, Hungary, Lithuania, Netherlands, Ukraine and Turkey, with the visiting FIBA EuroBasket 2017 champions Slovenia drawing an impressive attendance of 9,157 for their away game in the Turkish capital Ankara. 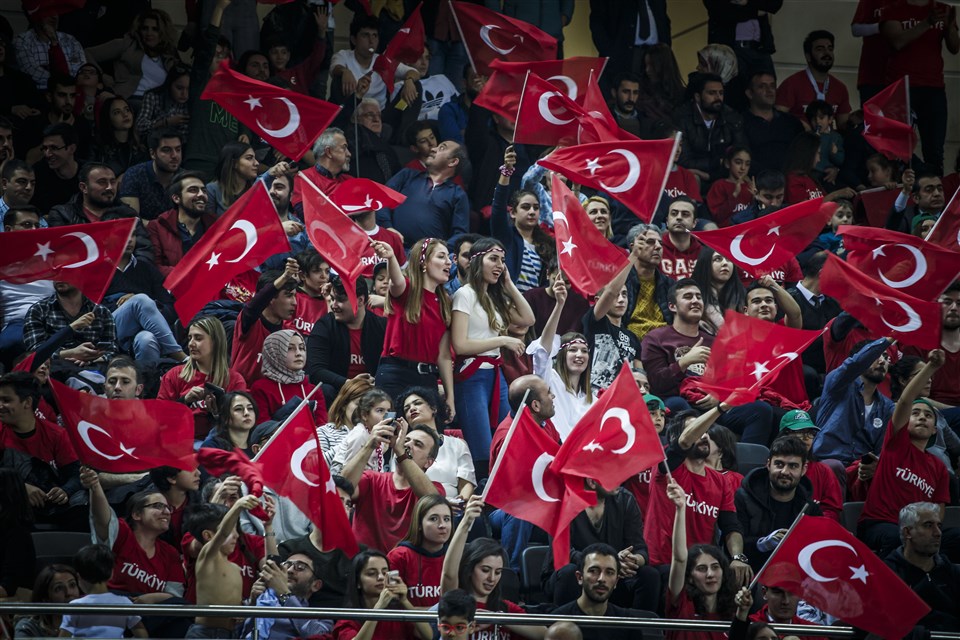 The Asian Qualifiers have become a true milestone for basketball fans all over the continent, as proven once again by the sold out arenas in Amman, Jordan and Zouk Mikael, Lebanon during the February window. 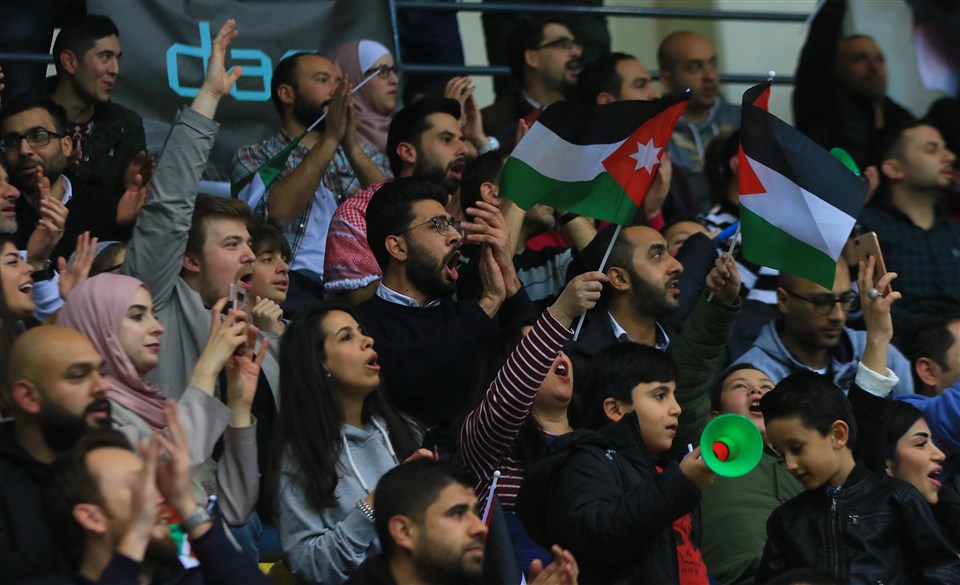 Some 6,628 fans trooped to the Prince Hamza Arena in Amman to watch the Falcons defeat China, 86-62, and keep their qualification chances afloat on Friday before locking in their World Cup berth with an 86-80 win over New Zealand in front of 6,000 spectators a few days later on Sunday.

In Zouk Mikael, a capacity crowd of 7,500 had the Nouhad Nawfal Sports Complex bursting at the seams on two occasions. Unfortunately, hosts Lebanon were unable to give the die-hard fans reasons to celebrate as they fell to New Zealand and Korea. 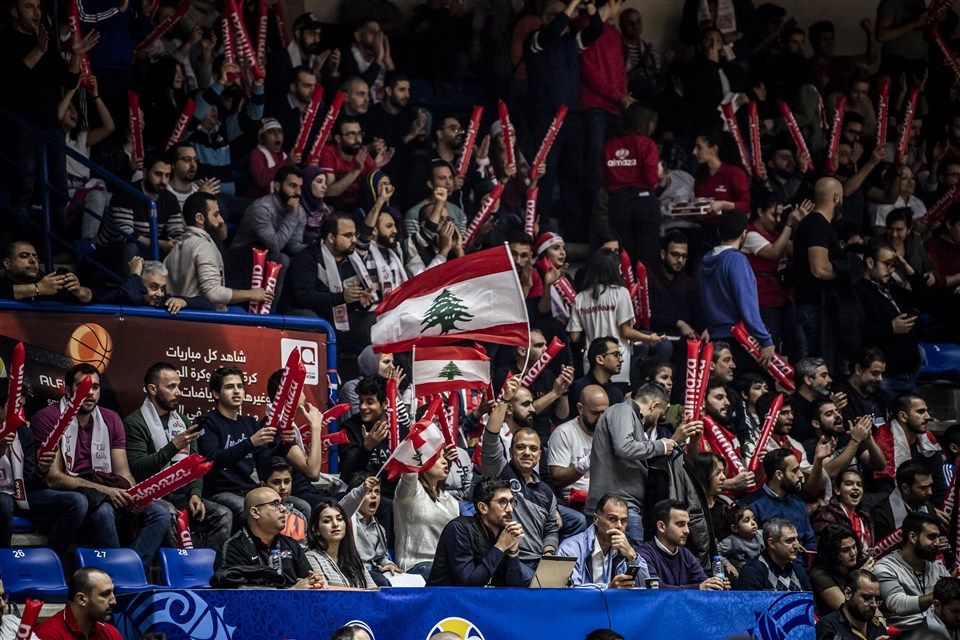 After a heart-breaking 69-67 defeat to the Tall Blacks, The Cedars saw their World Cup dreams dashed in an 84-72 loss against the Koreans.

In addition, sell-outs were also registered in Doha, for Philippines' 84-46 blowout victory over hosts Qatar. 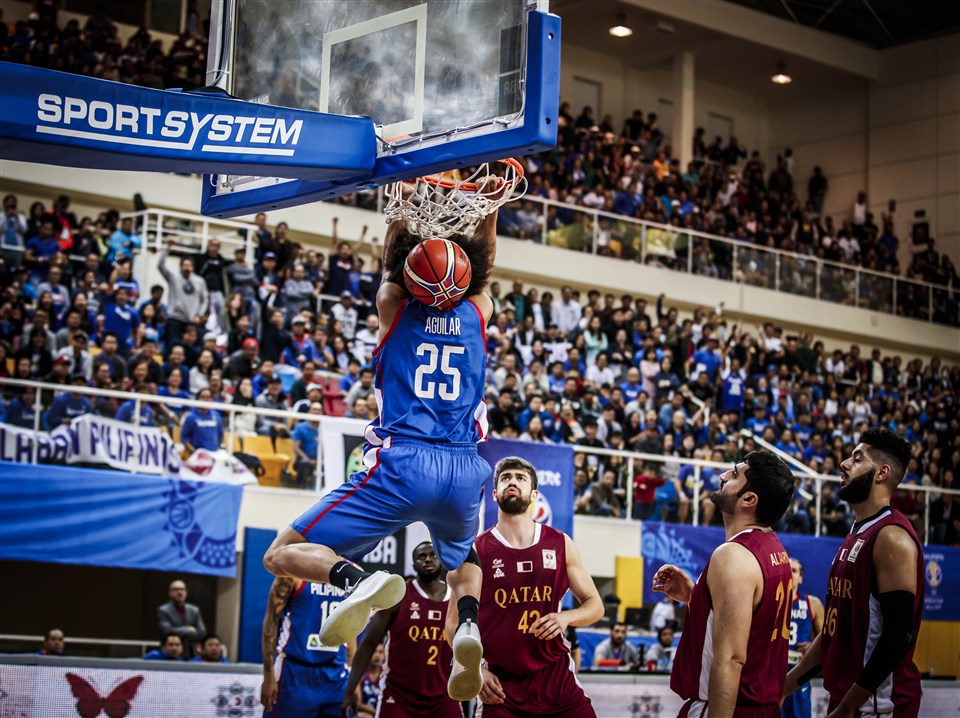 Iran played both of their games of the window at home in Tehran in front of capacity crowds. After losing 97-89 to Japan on Thursday, they bounced back to beat Australia 75-64 and ensure their participation at a third consecutive World Cup. 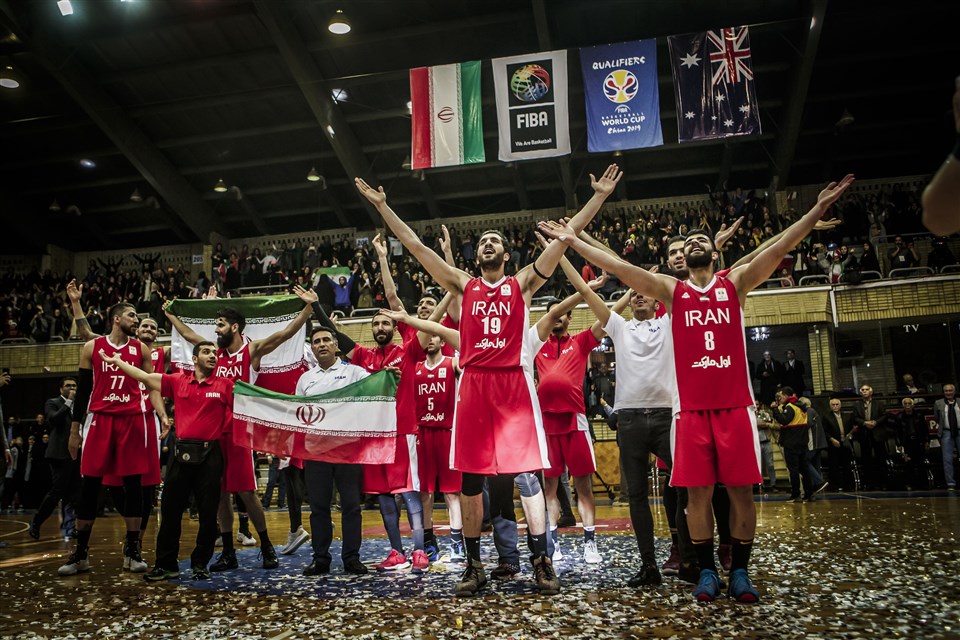 Large contingents of fans also spurred on their teams to China in the Americas, with Puerto Rico and Dominican Republic earning their qualification in front of full arenas in San Juan and Santo Domingo, respectively.

Over 8,900 fans were at the Coliseo Roberto Clemente to see Puerto Rico beat Argentina in an 87-86 thriller on Friday with an estimated 9,180 then turning up to see their country book a ticket to the World Cup with an equally dramatic 65-61 victory in a do-or-die game against Uruguay. 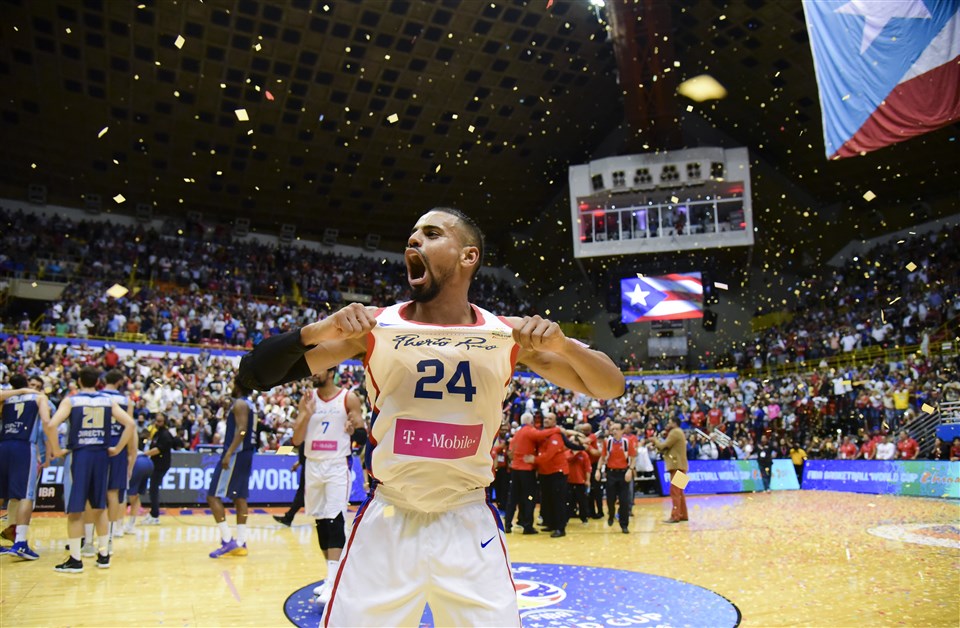 Dominican Republic also played both of their games on home soil, attracting 8,200 spectators to the Palacios de los Deportes for Friday's 72-67 victory over Venezuela and 7,100 in a 71-63 defeat to Brazil on Monday night that still took the home side through to the World Cup.

Despite not making it to the World Cup, Mexico closed out the Qualifiers with strong crowd turnouts against Uruguay and Panama. 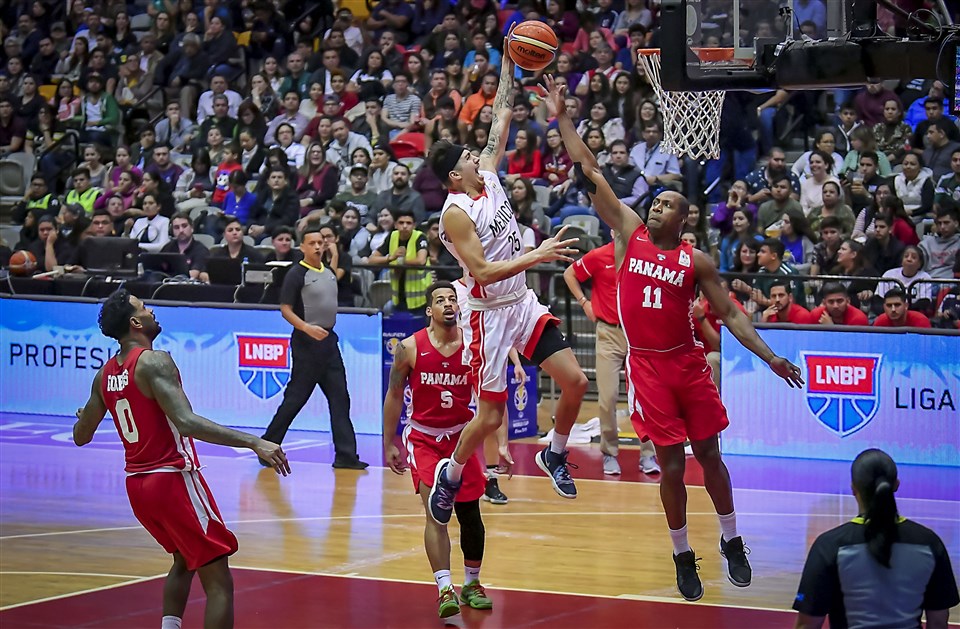 Home-court advantage was in full effect for Cote d'Ivoire in the African Qualifiers, with the friendly crowd in Treichville - a neighborhood in the country's capital of Abidjan - rallying behind their team to push them through to the World Cup with three consecutive victories. 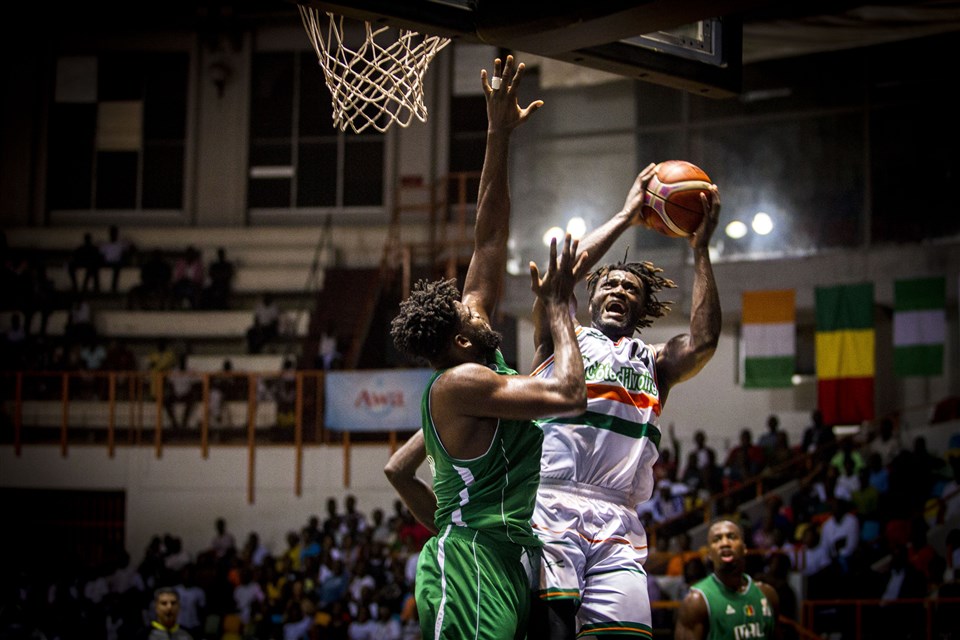 It came as no surprise that the host country's games were the most in demand and drew the biggest turnouts. The fans played their part in helping The Elephants make their return to basketball's world stage for the first time in nine years, cheering them on and being rewarded with the team winning all three of its games.

Cote d'Ivoire beat Nigeria 86-63 on Friday, topped Rwanda 87-60 on Saturday and completed a perfect weekend with a 69-49 win over Mali to advance to the World Cup, surpassing Cameroon as the best third-placed team in Africa.

Senegal's Niang: ''If we combine well, we can make a great impression in China'' 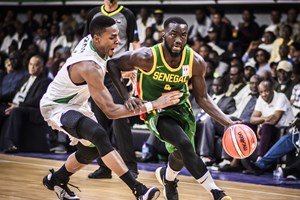