Powered by the elder Webster's torrid shooting spree, New Zealand led early in the game and took a nine-point lead to the halftime break. Coach Paul Henare certainly needed Webster's outside touch as the Tall Blacks were desperate for a win at the FIBA Basketball World Cup 2019 after bowing to Brazil in their first game.

Montenegro mounted a furious rally in the third period to trim the gap to just one point heading into the final frame, but Webster & Co. rediscovered their shooting form to stave off the Montenegrins for good.

Turning Point: Behind terrific playmaking from Nikola Ivanovic and scoring from Nikola Vucevic and Petar Popovic, Montenegro cut New Zealand's lead to a solitary point to end the third period and even took the lead early in the fourth. The Tall Blacks, however, woke up soon thereafter, with Tohi Smith-Milner and Corey Webster combining to hit three triples in a row to swing momentum back to New Zealand for good.

TCL Player of the Game: Two players scored 20 or more points for New Zealand, but it was Corey Webster who led all competitors with 25 points. The 30-year-old torched the nets in Nanjing by sinking six of his eight three-point attempts as he finished with 25 points laced with 7 assists, 6 rebounds and a steal.

Bottom Line: New Zealand needed a big bounce-back win, and that's exactly what they got. The Tall Blacks stay alive for a spot in the Second Round. Montenegro, meanwhile, have some soul-searching to do after absorbing back-to-back losses in Nanjing. For them to advance, they need a big win over Brazil in their next game along with a number of other factors to go their way, one of which is Greece defeating Brazil on Tuesday.

They Said: "We stayed mentally strong, obviously coming off a disappointing loss against Brazil. This was a must-win for both teams that keeps us alive in this World Cup. We showed mental toughness and resilience. Montenegro made a run, but we came back." - New Zealand head coach Paul Henare

"We played solid basketball. We were able to speed up and we did a good job overall." - New Zealand forward Tom Abercrombie

"In this type of basketball, you have to come up and compete, and it’s not easy. It’s our first time, but we’ll keep fighting game-by-game." - Montenegro guard Derek Needham

"We're obviously disappointed. We believed that we could have done a lot better than this. Our guys did their best, but we’ll continue to work for our first World Cup win." - Montenegro assistant coach Bosko Radovic 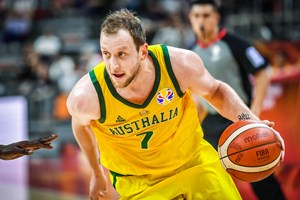 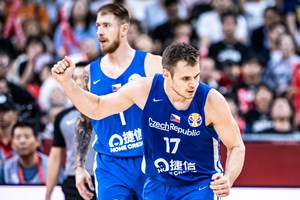