DONGGUAN (China) - What started as a lopsided affair turned into a down-the-wire finish, with Serbia slipping past USA, 94-88, in the Classification Round 5-8 of the FIBA Basketball World Cup 2019.

Serbia shot the lights out in the first period in Dongguan, connecting eight times from beyond the arc for a 32-7 lead heading into the second quarter. The Americans found their groove, though, dominated the second stanza and trailed by just four points at the half.

It remained nip-and-tuck for much of the second half before the Serbians rebuilt their double-digit lead in the fourth period and successfully kept the Americans at bay.

Bogdan Bogdanovic and Vladimir Lucic combined for 43 points to lead Serbia, while Harrison Barnes had 22 for Team USA.

Turning Point: Serbia led by just three points at the beginning of the final period, but behind Vladimir Lucic, Vasilije Micic and Boban Marjanovic, they erected a 13-point lead with just 4:43 left. Team USA would still try to make a late comeback, trimming the lead to as little as four points, but it was all for nothing as the Serbians proved steadier down the stretch.

TCL Player of the Game: Bogdan Bogdanovic shot the lights out at the Dongguan Basketball Center, sinking seven three-pointers on his way to a game-high 28 points. He shot a total of 10-of-17 from the field and added 6 assists and 4 rebounds to his tally. Moreover, Bogdanovic is the first player with 20+ points scored in 5 different games in the FIBA Basketball World Cup 2019.

They Said: "We have good character guys. It's a tough turnaround, but when you miss that many shots there's a lot of defensive transitions you have to get to. Bogdan was just on fire. I'm just impressed with their character and persistence. Tonight was a great example of that." - USA head coach Gregg Popovich

"I'm a hooper at heart. For me to play competitive basketball in the summer as opposed to pick-up ball is something I'd do in a heartbeat. The chance to represent your country doesn't always come around. You have to savor and jump on those opportunities." - USA forward Harrison Barnes 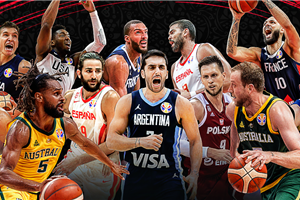 Who has been the most impressive player at the World Cup? 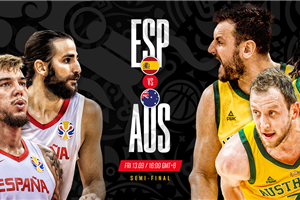