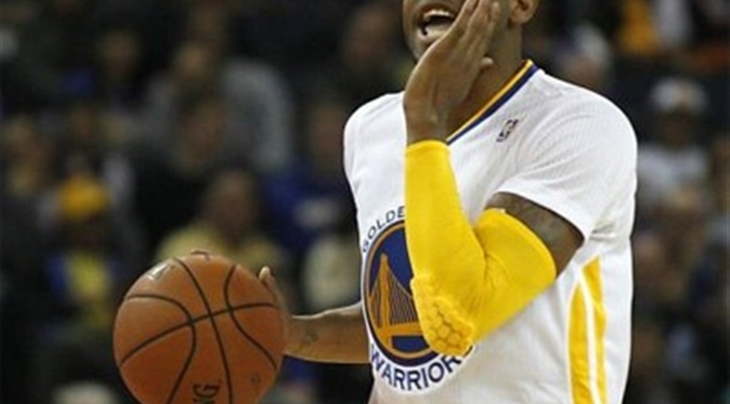 OAKLAND (NBA/FIBA Basketball World Cup) - By getting to the playoffs last season for the first time in six years, the Golden State Warriors have finally seen their plan of rebuilding a solid team working after years of struggle.

Despite losing to the San Antonio Spurs in the Western Conference Semi-Finals, the Warriors got back on the NBA map.

Led by star player Stephen Curry and with the support of young guns such as Klay Thompson and Harrison Barnes, the team from the Bay Area are in the playoff picture in the very competitive Western Conference, currently boasting a 30-21 record.

In the off-season, in order to keep building and moving in the right direction, the Warriors brought in fresh blood in Serbia's rising star Nemanja Nedovic and veteran leadership in former Denver Nuggets forward Andre Iguodala.

In his 10th season, "Iggy" is considered to be one of the most complete and spectacular players.

Selected with the ninth overall pick in the 2004 draft by the Philadelphia Sixers, Iguodala has had a solid career to date. He was an All-Star in 2012 and an All-Defensive Second Team selection the year before. Over the years, he has earned a reputation as one of the NBA's best all-around players, combining his impressive athleticism, to some deft ball handling, passing, defense and rebounding skills.

His versatility has helped him become a pillar of the USA national team and as a result he has savoured success at the 2010 FIBA World Championship in Turkey and at the 2012 London Olympics.

Named last month in USA Basketball's 2014-2016 national team roster, Iguodala is expected to be part of the team that will look to defend its world title at this summer's FIBA Basketball World Cup.

FIBA.com caught up with Iguodala to talk about his season with the Warriors and playing for the USA.

FIBA: With a 30-21 record so far, the Golden State Warriors are currently ranked eighth in the Western Conference. How do you grade the team's season so far?
Iguodala: I think that we have been showing great things this season, but I am also sure that we can do better than what we have been doing so far. The roster has changed a lot since last season and we are still in the process of finding the best chemistry in the court. We also need to be more focused on the defensive end. But I am confident for the future because we are a group of hard workers and we want to reach the top of the league.

FIBA: You signed a four-year contract with the Warriors last summer after playing for a year with the Denver Nuggets. Can you tell us about your thought process in making that decision.
Iguodala: I am really happy to play for this team and I think I made the right choice by coming to San Francisco. The Warriors project is very interesting, the roster is very competitive, and our coach Mark Jackson is one of the best in the NBA. Golden State wants to build a very competitive team and I think we are on our way to being one of the best in the entire league. I am here to bring my experience and my versatility in order to help the team win a lot of games and try to reach the top of the league.

FIBA: What do you think about your teammates, particularly the young guns Stephen Curry and Klay Thompson?
Iguodala: They're both incredible players. They can shoot from almost every position. They have been playing very well this season and they are among the best shooters in the league. I played with a lot of great shooters in my career, but I have to admit that they are, alongside Kyle Korver, the best shooters I have ever played with. They have a bright future.

FIBA: You've played for the USA national team at the 2010 FIBA World Championship and 2012 London Olympics. What do you remember from those two tournaments?
Iguodala: Those two tournaments are among my best memories since I started playing basketball. Both of those competitions were very intense and I enjoyed the experience both on and off the court. The time we spent in Turkey in 2010 was incredible as we played in front of fans that are passionate about basketball. Playing in London was also very nice too as it is a once-in-a-lifetime chance to play in the Olympics. On the top of that, we won the gold in both tournaments. Being both World and Olympic champion is incredible.

FIBA: How do you feel about being on the 2014-2016 USA national team roster?
Iguodala: It's an honour for me to be included in Team USA's roster. I feel proud every time I have to represent my country and I always give my best to help the national team win trophies and medals. The roster is full of very talented players and I am sure that the team that will compete in Spain next summer is going to be very competitive.

FIBA: Is playing in the FIBA Basketball World Cup a goal for you?
Iguodala: Yes because playing for the national team is always a goal for me. I hope I will stay healthy for the rest of the season in order to be available for this summer. It would be amazing to compete in Spain, a country with an incredible passion for basketball. 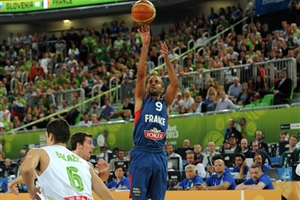 SEN - It's all about belief for Ndoye 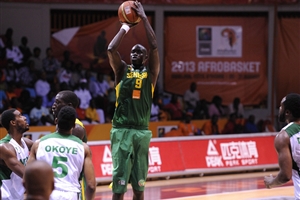