ABIDJAN (Cote d'Ivoire) - The line-up for the 2021 FIBA AfroBasket was finalized on Thursday night after Uganda defeated Morocco 77-65 at Salle El Bouazzaoui in Salé, Morocco.

Uganda's games in the second round of the Qualifiers in February had been postponed due to health concerns, prompting FIBA to reschedule their games for July.

Thanks to their 2-1 record from the first round of the Qualifiers played in November 2020 in Alexandria, Egypt, the Ugandans needed just one win to qualify for the Final Round of FIBA Africa's premier basketball tournament.

On Thursday night, Uganda proved too strong for Morocco who desperately needed a win and force Uganda to decide their qualification destiny against Cape Verde next week in Praia. Neither option worked for Morocco, and, as a result, Uganda and Cape Verde secured Group E's last two tickets for the Final Round. The 2021 FIBA AfroBasket, which will take place in Kigali, Rwanda from August 24 to September 5, will celebrate FIBA Africa's 60th anniversary.

Uganda, who qualified for the Final Round for the third straight time, finished second behind Group E winners Egypt (5-0) and ahead of third-placed Cape Verde (1-4) while Morocco were eliminated at 1-5.

By finishing second in Group E of the Qualifiers, Uganda were placed in the Final Round's Group D alongside Cameroon, Senegal and debutant South Sudan, while Cape Verde complete Group A's line-up alongside Angola, Democratic Republic of Congo and hosts Rwanda.

The 16 nations have been divided into four groups of four, and all games will be played at the state-of-the-art Kigali Arena.

The Group Phase of the tournament will run from August 24 to 29 with the winner of this year's Africa Championship to be determined on Sunday, September 5.

The winner from each group will advance automatically to the Quarter-Finals, while the eight teams that finish second and third in Groups A, B, C and D will compete from August 30 to 31 for the remaining four spots for the Quarter-Finals.

The four groups have been drawn as follows: 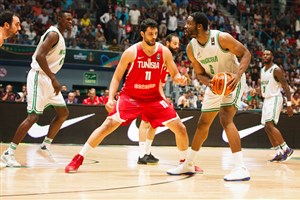 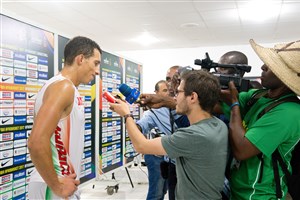 Draw results in for 2021 FIBA AfroBasket