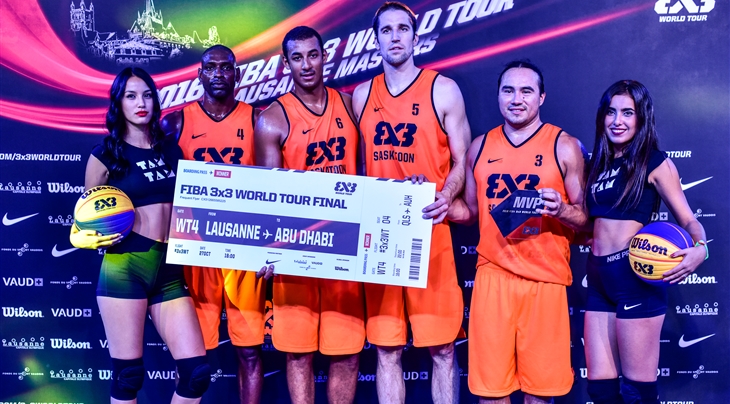 Saskatoon are the fourth team to qualify to the World Tour Final in Abu Dhabi on 27-28 October, after Caguas (PUR), Novi Sad Al Wahda (UAE) and Ljubljana (SLO).

Maxime Courby led Paris in scoring with 5 points, including a mean dunk in the losing effort.

Saskatoon had a perfect 5-0 record in the heart of the Olympic capital and got the massive crowd to its feet.

Though Team Lausanne lost in the quarter-finals, local fans had reasons to rejoice when the Swiss 3x3 national team narrowly edged out France in an exhibition game and when 22-year-old Marco Lehmann (Lausanne) won the Shoot-Out Contest.

The fifth Masters of the season will be staged in Debrecen, Hungary on 7-8 September 2016.

It was played successfully for the first time in international competition at the 2010 Youth Olympic Games in Singapore and since then has benefitted from the launch of a yearly city-based FIBA 3x3 World Tour (www.fiba.basketball/3x3worldtour) and national-team world championships.