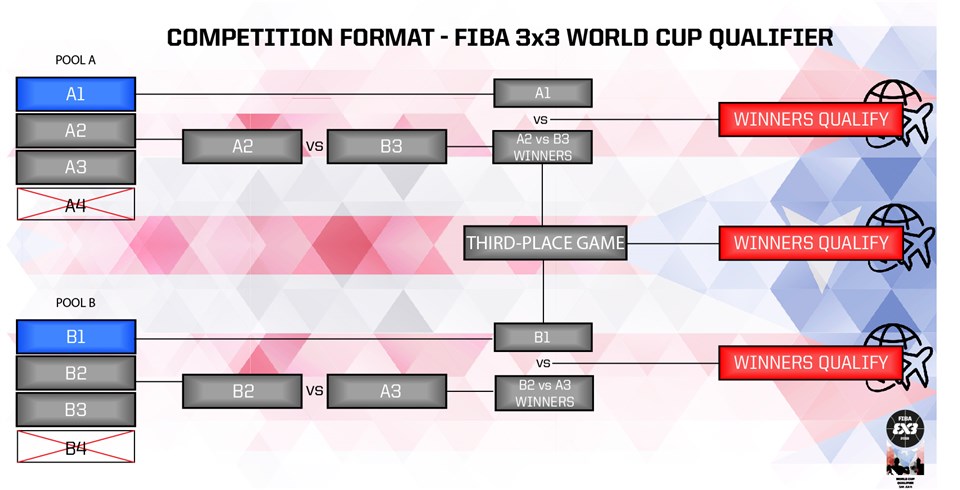 All games will be played with the official 3x3 ball.