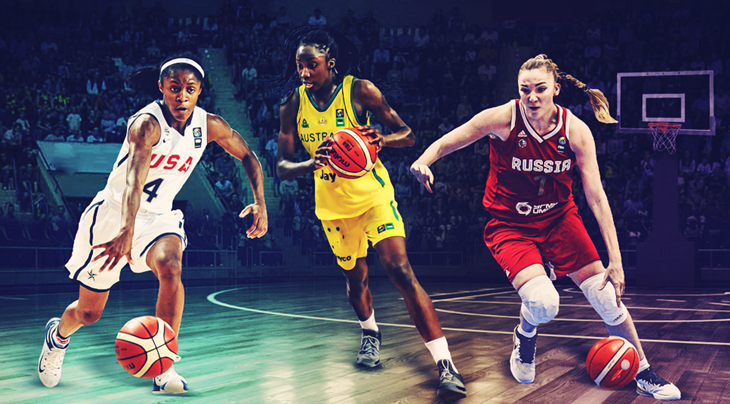 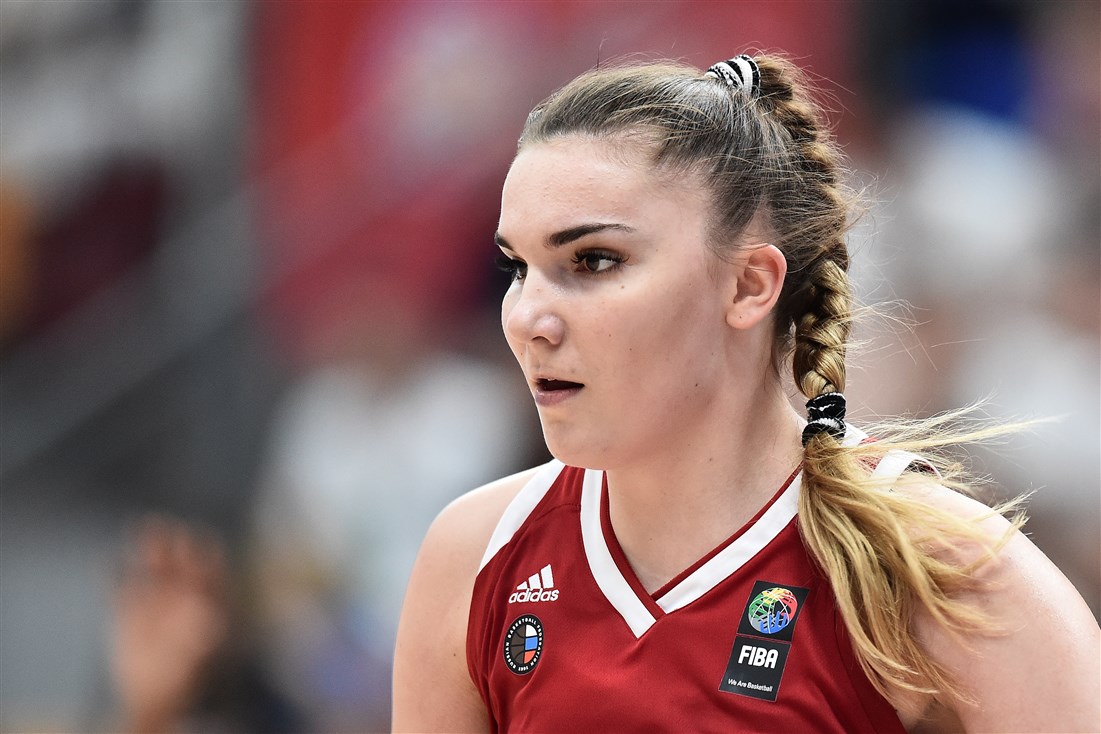 No player in the tournament can boast the achievements or profile that Vadeeva has. A EuroLeague Women winner, she also now has two FIBA EuroBasket Women Final Round appearances to her name. Down to become a Russian legend, that's how highly she is rated and her eye-popping contract with Dynamo Kursk speaks volumes. A colossus under the basket who can destroy opponents with her ruthless and mechanical brilliance, think of her as 'The Terminator'. She's determined to evolve into a dunking machine as well - so much so, she bet her brother a car she could throw one down in a game during 2017. Meanwhile Russia’s chances of repeating their silver medal of 2015 just got better with her on board for her second outing at the event. 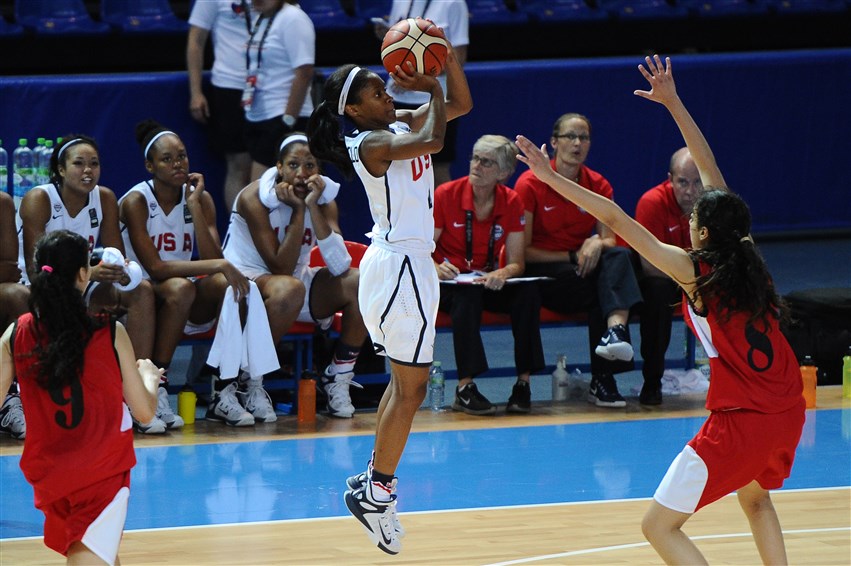 The livewire guard also played at the previous edition and knows how to climb onto the top step of the podium. Dangerfield has shown her value as a role player, but this time around you can pin the badge marked 'leadership' onto her collar. Her quality and potential to become a senior player with USA is also evidenced by the fact she was snapped up by Geno Auriemma at UConn. And, followers of the women's game will know the Huskies program isn't for any player - only those with a shot of making it in a big way. Whether she needs to be a game-changer, or subtly pull the strings and steer USA to an extraordinary seventh straight title, you can bank on Dangerfield to bring the noise at the level most appropriate for her country. A walking highlights reel, Magbegor stuffs the sheet recording 'Plays of the Day' in a big way. Blocking shots for fun and using her wingspan and supreme athleticism to intimidate her opponents, she harvests big numbers in the points and rebounding categories. Yet what stands out most is her unwavering work ethic and commitment to team-ball. Her unassuming attitude shows she still doesn't realize just how good she is - or could be. And, that is a beautiful thing. The Gems center could be a lock for the All-Star Five if she replicates the form that saw her crowned MVP at the FIBA U17 Women’s World Championship in Zaragoza last year. She was one of the youngest players in this tournament two years ago, when she helped her country win bronze in Russia. China have some fantastic prospects in the frontcourt, with Xu Han one of the jewels in their crown. She was down to form a devastating partnership with Li Yueru at the event, but her fellow frontcourt powerhouse has been elevated to the FIBA Women's Asia Cup 2017. Senior team action also beckons for Han and she has already turned heads by making the All-Star Five at the FIBA U17 Women's World Championship 2017. Those same heads must look skywards as she is a towering presence as the tallest competitor at this event. Mopping up put-back plays, making some nice moves in the post and running the floor remarkably well for her eye-popping height, Han will be central to China's chances of punching their weight. Some are labelling her as the best young player to come out of Africa and that is unsurprising considering her stunning performances in Zaragoza, when she led Mali to a big chunk of history at the FIBA U17 Women's World Championship. Not only did they win two games for the first time, they went further by winning a third contest and that was the most any African nation had managed on a global stage. The forward was outstanding throughout that campaign - as evidenced by a stellar 15.6 points and 10.6 boards per game. She then had another tournament double-double at the FIBA AfroBasket U18 Women last year as Mali rode to the title. 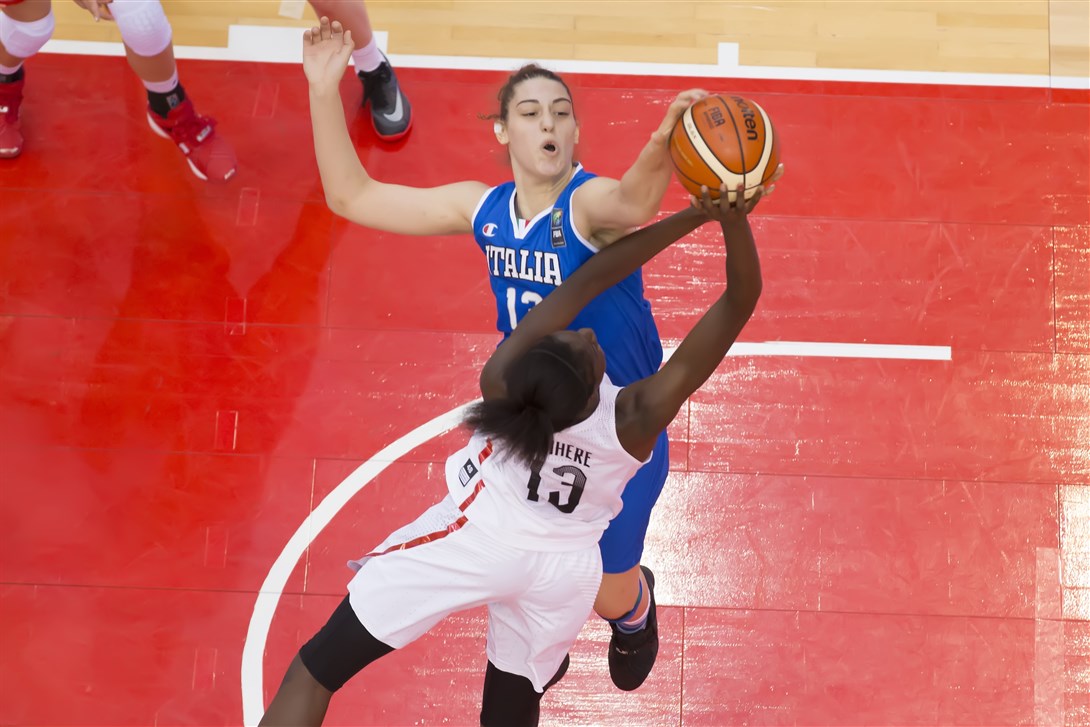 Don't dare to suggest that the inclusion of Cubaj is a token gesture for the hosts. The center is a hugely capable performer with masses of Italian top-flight basketball minutes to her name – including EuroCup Women too. She will drop the anchor in the paint and will be the rock and pivotal figure around which Italy will base their play. It is no coincidence that success for her generation has come largely through the contributions she has posted, including Italy’s historic run to the Final of the FIBA U17 Women’s Championship 2016. She could be joined by the exciting Olbis Futo Andre, who was a rebounding sensation at the recent FIBA U20 Women’s European Championship. This means Cubaj could form one half of an exciting and fruitful ‘twin towers’ combo. 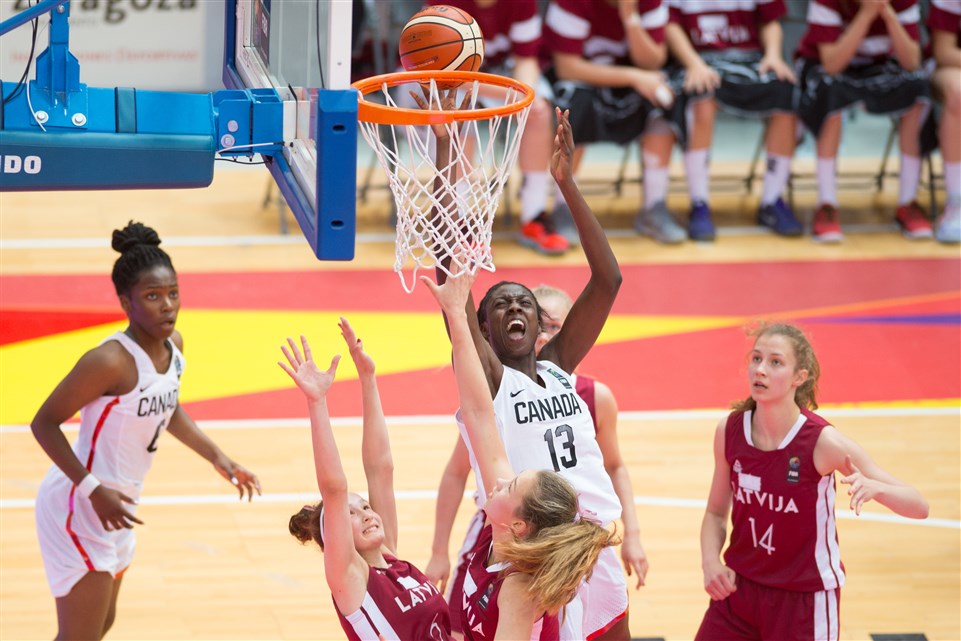 It's almost impossible to compute and process the information that Amihere is 2001-born. You take one look at her prowess physically and raw power, then start to try and come to terms with just how good she could be one day. She has already caused a stir by throwing down dunks in High School and her debut global performance at the FIBA U17 Women's World Championship was stunning. She racked up a spectacular tournament double-double 12 points and 13 rebounds per game to underline her value and limitless potential. This is likely to be the first of two appearances at the FIBA U19 Women's Basketball World Cup! 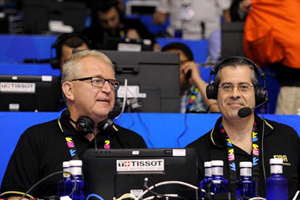 Put your commentating skills to the test! 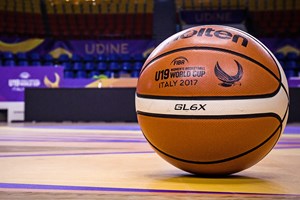