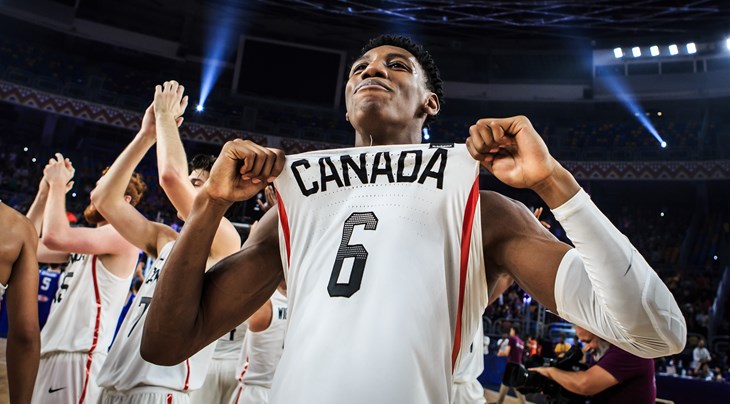 Barrett collected 18 points, 12 rebounds and 4 assists in the final against Italy and was the tournament's leading scorer with 21.6 points to go with 8.3 rebounds, 4.6 assists and 1.7 steals. 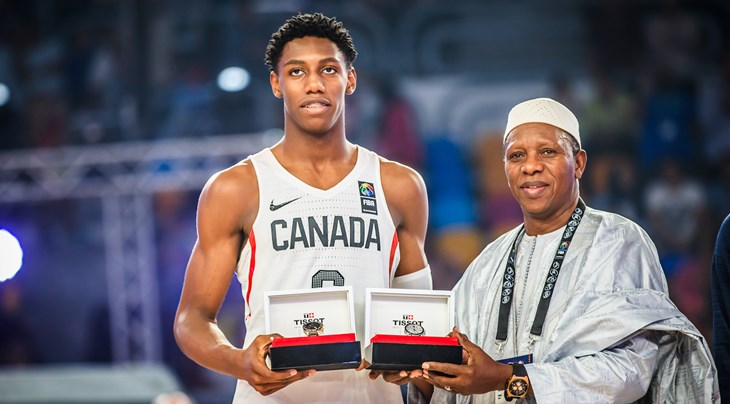 Barrett, who only turned 17 about three weeks ago, also headed the All-Star Five Awards offered by Tissot which included his Canada teammate Abu Kigab, Italians Lorenzo Bucarelli and Tommaso Oxilia and Payton Pritchard of the United States. 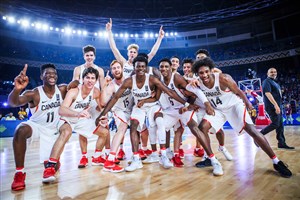 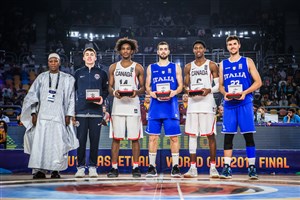 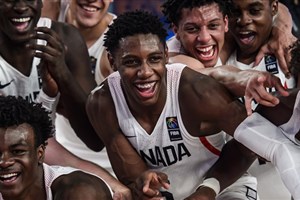 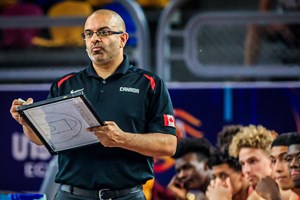 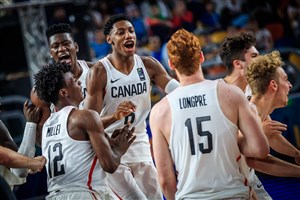