Canada missed out on adding a second third-placed finish - following their podium showing in the inaugural event in 2010 - as they could not beat the Puerto Ricans. Addison Patterson did all he could with 31 points, but it was not enough.

Canada opened an eight-point lead in the first quarter but watched as Puerto Rico knotted the game at 20-20 after 10 minutes.

The game went back and forth in the second frame with seven lead changes and Puerto Rico were up 40-37 at the break. Omar Gonzalez's team shrugged off foul trouble by Harry Sosa as Miranda and San Antonio helped push the lead to 56-49 after three quarters.

Puerto Rico continued to keep Canada at bay and in the end won comfortably; even having the crowd at the Club Athletic Union gym chanting "Puerto Rico". 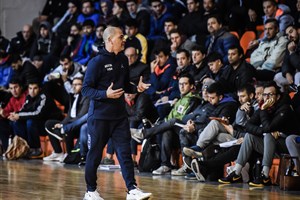 Some 600 coaches at U17 World Cup clinic to hear Hernandez, Pesic, Showalter 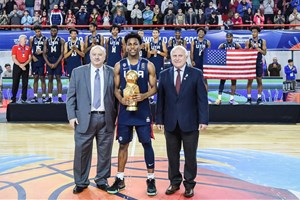 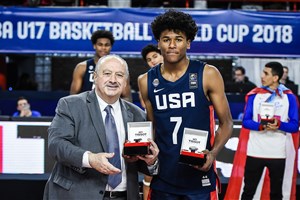