The coming of age of Australian basketball | Michele Timms

MELBOURNE (Australia) - I was like everyone else Down Under when FIBA announced we will host the FIBA Women’s Basketball World Cup 2022. Wow! What an opportunity for Australian basketball!

The last time Australia had all the top teams in the world play here in a big tournament was 2000, when the Olympics were in Sydney. Six years before that, we staged the World Cup and that, I believe, was the coming of age for Australian basketball.

We weren't even ranked in the top 12 in the world at the time. In 1988, we finished fourth at the Seoul Olympics, which was a real surprise. But in 1992, we didn't make it to the Barcelona, so that led to an overhaul of the program.

In walks Tom Maher as the new coach, and Australia had to get organized for the World Cup, which was going to be in Adelaide, Hobart, Launceston and Sydney. 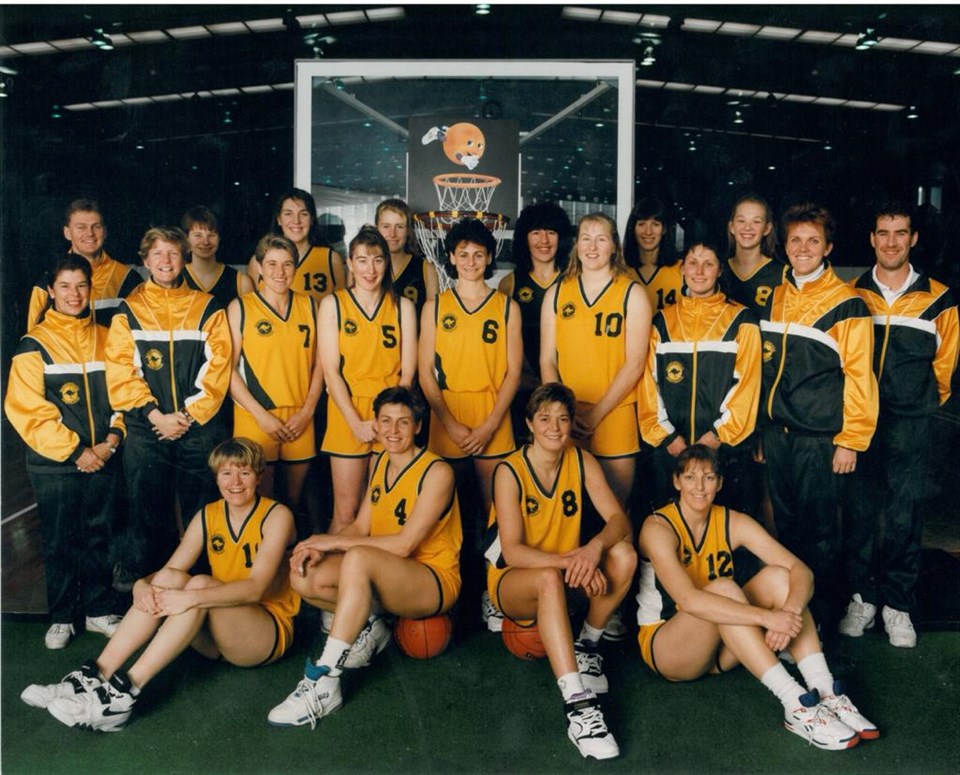 Something that Tom (far right in above photo) did that helped take us to the next level when he took over was to call a meeting that included players and staff. We had about 18 to 20 players in that meeting, and the assistant coaches, the masseuses, the team doctor, the trainers.

There were about 30 of us and we sat down in a room at the AIS (Australian Institute of Sport) and set out to define what we wanted to be.

It was a case of, "This is where we are, we're not ranked (high), let's look at all the countries around the world and see which parts of different countries we want to be like." Tom split us up into groups and each group came up with words that characterized other national teams and all of these went on a whiteboard.

"WE DIDN'T WANT TO BE COCKY, BUT BE ASSERTIVE, TO MAKE SURE THEY KNEW IT WASN'T OKAY TO KNOCK ONE OF OUR PLAYERS DOWN AND TO STAND OVER US, OR FOR US TO GET AN ELBOW AND BACK AWAY FROM IT."- Timms

We discussed each word and said, "Look, this team is great but they're arrogant and we don't want arrogance." So we crossed that out. And another team, when they came onto the court, they were a real "win team" - you felt it. So yep, that's one of our themes. So we discussed words until there were only seven on the board. We wanted to be a physical team, so we had to be in great shape. We were going to be an assertive team. Not arrogant, but assertive. We were used to teams not respecting us on the world stage because we hadn't done anything yet and we hadn't deserved it.

We didn't want to be pushed around anymore. We didn't want to be cocky, but be assertive, to make sure they knew it wasn't okay to knock one of our players down and to stand over us, or for us to get an elbow and back away from it. We wanted to be a great defensive team, which was one of our strengths anyway.

That was one thing we could do, hold teams to low scores but we couldn't score ourselves. We wanted to be a "we" team, and to be relentlessly persistent, and we wanted to be flexible. We wanted our five man, if needed, to be able to play the wing, and the one man to slide into the four or five spot, so we had to work on our back to the basket moves as much as the bigs did. We needed our big players to shoot the three, needed flexibility for players to play other positions if we wanted to go small and that was quite ahead of the time. We also wanted to be able to handle adversity. 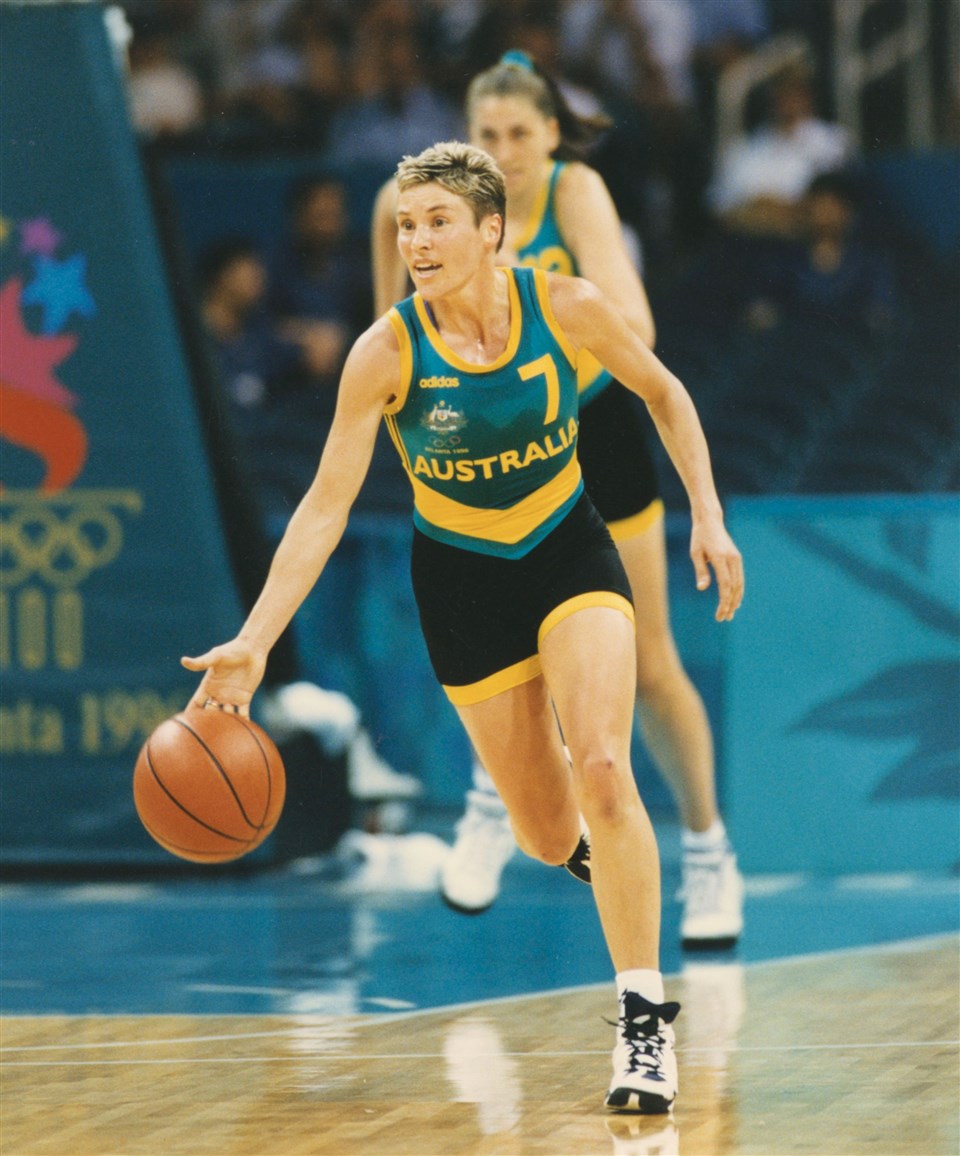 And to this day, each coach that gets selected fine-tunes the themes we came up with as it applies to what they need or want, but some of those themes are still relevant in today's Opals.

For me, leading up to '94, basketball in Australia, while it was respected locally, it wasn't at all throughout the world.

I'll fast forward to the World Cup itself in 1994.There was huge drama in our pool. We had China, the number one Asia team and one of the best teams in the world. We had Italy, one of the best European teams, and we had Japan, and I think looking back on it, we expected China to finish first. They were only going to take the top two from each pool and we knew Italy was the game we had to get because we thought we would beat Japan.

Anyway, the first game we came out and only beat Japan by one point, so that was a bit scary in itself. The big shocker in our pool was China, who we expected to win all their games in the pool, but they rocked up the day before the tournament began, I don't know what they were thinking, and they played Italy and lost, so this was like, "Wow", we didn't expect that.

“IF WE DIDN'T QUALIFY FOR THAT NEXT ROUND, WE WERE IN ADELAIDE FOR THAT FIRST POOL, IT WOULD HAVE JUST BEEN A HUGE BOMB FOR BASKETBALL AUSTRALIA. WE WERE LOOKING DOWN THE BARREL OF DISASTER BASKETBALL WISE IF WE DIDN'T GET OUT OF ADELAIDE”- Timms

And then we played China on day two and got beat by a lot, they took care of us. And then Italy went and beat Japan and their coach was going, "Well, we're through to the next round." But we had one more game to play and this is where the drama was.

Italy really thought they were through but we knew we could beat them by a certain amount, I think it was 15, to make it to the next round. And if we didn't qualify for that next round, we were in Adelaide for that first pool, it would have just been a huge bomb for Basketball Australia.

We were looking down the barrel of disaster basketball wise if we didn't get out of Adelaide. Anyway, we're up 14 at half-time and we've got to be up 15 at the end of the game and who would have thought we'd be up 14 at the half. The game went back and forth the the rest of the way but we ended up winning 73-51 and sneaking in to the next group. That was my best game, at least scoring wise, with 29 points.

So yes, after their coach was saying in the media, "We're going through to the next round", we knocked them out and they had to go home while China and us qualified for the next pool. There had been a huge amount of pressure. It was the first time the World Cup was played in our own backyard and we had a lot to prove because we were nowhere on the world stage to our local fans and the world and we nearly blew it by not getting out of Adelaide. 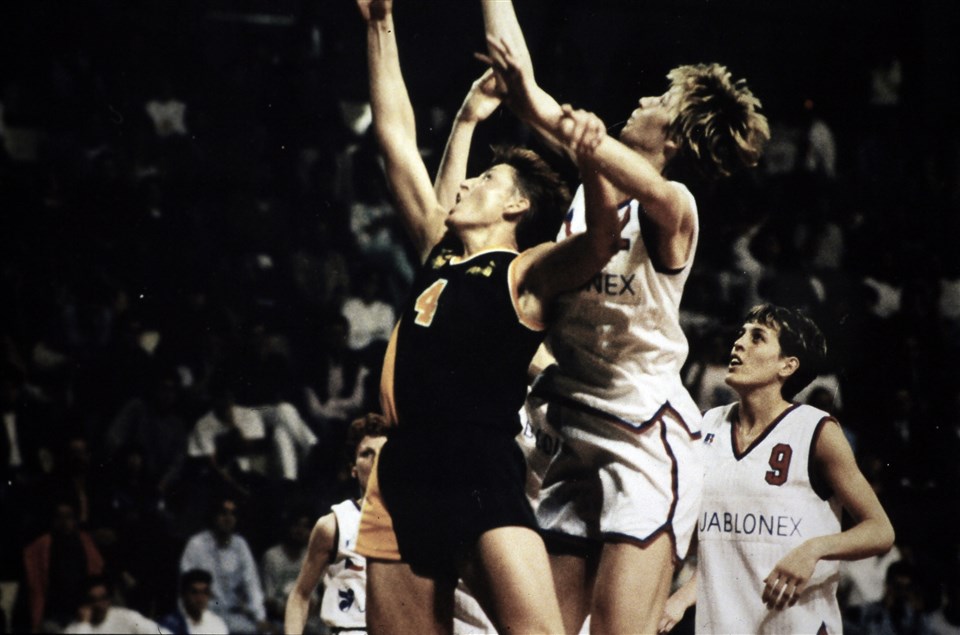 The toughest player Australia has ever produced, Robyn Maher

Then great stuff happened once we got to Sydney. There had been the drama of Adelaide, the locals started getting on board. You had the best of the best in Sydney. For Brazil there was Hortencia, Magic Paula, Janeth - three of the top five scorers all on one team. You had Katrina McClain and Teresa Edwards for the USA, Bev Smith for Canada.

So we rock in there and USA and us are in the same pool, and we beat Slovakia and then Canada, making it through to the Semi-Finals. We end up playing China in the first crossover, we had the ball the last possession and ended up losing by a point to China. But what I remember clearly is, just the build-up from Adelaide, the crowd had for the first time really gotten behind women's basketball in Australia.

In Sydney, there was a local Brazilian contingent. Then the biggest surprise happened. Brazil beat the USA in their crossover game. So that was massive, another really close game. For us to come so close to play for that gold medal and instead play for that bronze medal against the US, that was still huge. That game also went down to the wire but they beat us by five (100-95).

The thing about that World Cup is we really captured the imagination of the locals. We had a great PR person, Kate Grant. She did a super job all the way through. We were on the morning breakfast TV and radio shows, in the newspapers. It was the biggest women's basketball has ever been, easily, in Australia. That produced the platform for us to build on. Since 1994, we haven't looked back.

In 1996 at the Atlanta Olympics, we won the first medal in the history of women's basketball, a bronze. It was awesome to be a part of that time of Australian basketball and hopefully, I'll have some sort of role, even a minor one, coming up in 2022. 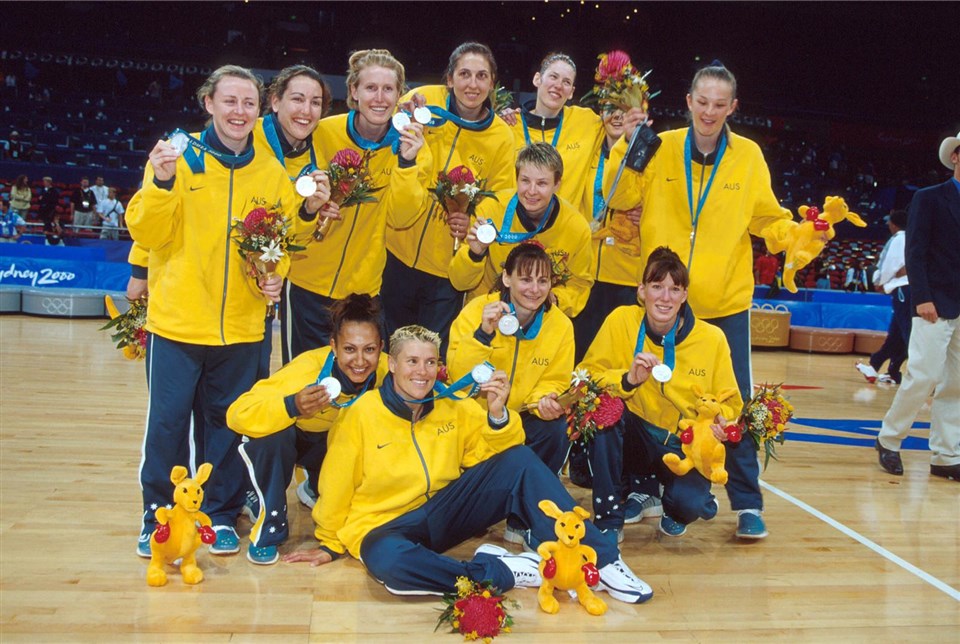 When I reflect on that time, and think about why Australians got behind us, it had to be because of those themes we had come up with in that meeting. The public could relate to us. We didn't back down to the big guy, US or China. We never gave up. Those sort of traits are Australian in sport, or in general. It's just part of us and that captured the imagination of basketball supporters and the general public, they could see what we stood for.

And we had some wonderful talent, too. We batted above our weight and never gave in. We also had the toughest player Australia has ever produced, Robyn Maher. She captained the team and led by example. When you think about all those themes of Australia basketball, you're talking about Robyn Maher. She possessed every single one of them. That fit her to a T. She was a two, or three, but she could play the five.

I think in Australia, women's basketball is in a very strong and healthy situation and I have to tip my hat to Lauren Jackson, the greatest player this country has ever produced. She is at the head of women's basketball at Basketball Australia, and also Chief Executive Officer Jerril Rechter is also doing great things.

I think the 2022 World Cup is a great way for Lauren to lead the team off the court the way she once did on it. I'm excited for her, and the tournament. It's a wonderful legacy that she can leave, and a great opportunity for the Opals to be able to play at home in a major event, and I think it's going to be a shot in the arm for our WNBL and hopefully the girls will do really well.

I know we do well all the time internationally, but it would be good to get a bit more of a domination in the world than where we are right now. I kind of think there is the USA and a patch of about six countries that can go second and third. We have to bring our A game because the world is so even now.

Timmsy, as the legendary point guard is known in Australia, was the leading scorer when the Opals won Olympic bronze in Atlanta - the country's first medal in a major basketball tournament. She was fearless. Timms played so hard that it was as if ever possession could be her last. She also captured silver in her third and final Olympics, the 2000 Games in Sydney. In the WNBL, she suited up for Bulleen, Nunawading, Perth and Sydney while in 1989, she became the first Australian to play pro basketball overseas, in Germany. She later took her talents to the WNBA and the Phoenix Mercury. A member of the FIBA Hall of Fame, the famous playmaker now runs the Michele Timms Basketball Academy in Melbourne. 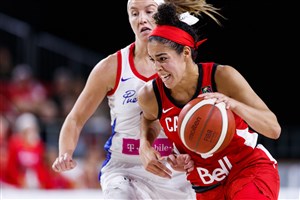 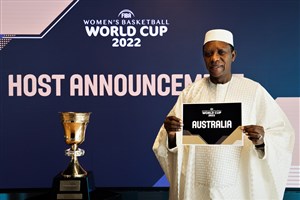