Nigeria only just getting started after historic success

With the noise of her team-mates partying in the locker room behind her, the guard was in bullish mood after Nigeria's landmark 74-68 victory over Turkey.

And, she had every right to be, having dropped a team-high 22 points in the contest.

"It's not over yet and we're just getting started," she smiled. "I'm not satisfied at all because to me it's a big win, but we can't feel comfortable until we beat Argentina and move into the next round.

Meanwhile head coach Otis Hughley Jnr was a proud figure. Parachuted into the role only a few weeks before the tournament tipped off, he was quick to point out how well his team had done to fend off a late Turkey rescue mission.

"Turkey has been through a lot to build that program and for us to sneak a little shortcut like that. Wow, I was praying almost on my knees as we're so inexperienced and young," he said.

"We came through a lot of adversity and mistakes and were still able to fight off a couple of runs. We even held on with some poise when two of our main players fouled out."

"I had been getting a little criticism for trying to get all the girls ready instead of focusing on the main stars, but I knew this kind of moment would come.

"This is not my first, second or third movie. I have seen it all too many times before in NBA, college and the FIBA game. I was just happy that my decision paid off."

The win for Nigeria also completed an impressive African double against European opposition, with Senegal having taken a thrilling triumph against Latvia earlier in the day. 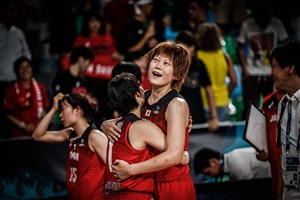 Takada too hot to handle as she jump starts Japan's campaign 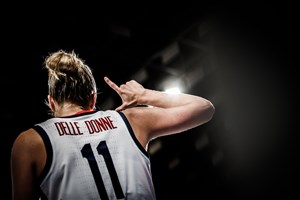