TENERIFE (FIBA Women's Basketball World Cup 2018) - When Lauren Jackson speaks, everybody takes notice. The former winner at this event thinks her compatriots can recreate the success of 2006.

"With Liz Cambage at the forefront of basketball in Australia, it's such an interesting time. There is no player on the planet that is as dominant as she is at this moment. I feel I am her number one fan from the sense that I know what she is truly capable of doing. Having her in the middle is something that nobody else in the world has. The next step for her is to lead her team to a championship win," an optimistic Jackson said to The Pick and Roll.

Jackson certainly knows the feeling of being unstoppable, which is why the FIBA Women's Basketball World Cup 2006 winner was among our GOAT vote candidates. But, she is also aware that the preparation period wasn't the best for Opals, who struggled with injuries to Leilani Mitchell and Lauren Mansfield.

"This period in the leadup is very crucial for them - especially without Lei, it leaves that tough position for them to fill," Jackson commented.

With all the friendly games already behind them, Australia now must use their Group B matchups with Turkey, Argentina and Nigeria to find the answers for backcourt questions. However, the draw has been kind to them if they want to go all the way, as Jackson predicted. If they win the group, they are highly unlikely to meet Team USA before the Final.

But, if and when they actually get to the game with the title favorites, the Australian legend says there's no need to be intimidated. On the contrary, she sees the Opals as the team with the upper hand.

"I don't think USA have an answer for Liz. Our squad is very talented and will only get stronger with more time together," she added.

Growing optimism is a common thing among basketball lovers in Australia. In fact, over 50 percent of our website's visitors see them as the finalists in Tenerife.

With such support, don't be surprised if the memories of 2006 become reality again in 2018. 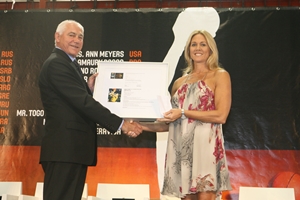 Elonu ready to absorb the pressure of being Nigeria captain 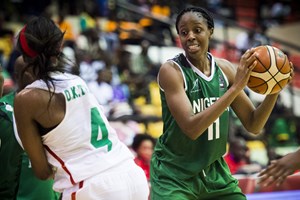