Elonu ready to absorb the pressure of being Nigeria captain

LAGOS (FIBA Women's Basketball World Cup 2018) – Adaora Elonu is no stranger to the unexpected from a basketball game and as such says she has herself prepared for what the big teams in Nigeria’s Group B opponents brings to the World Cup.

The 28-year-old forward who rejoined the team after her stint with the Atlanta Dream in the WNBA believes basketball all over the world is the same but admits the difference is in what a team brings.

She told FIBA.basketball that despite being out of the team’s preparations for a few weeks, she is confident that her team has the right synergy to carry her through the first round matches.

"No pressure on me, everything is team effort. We all trust each other so there is no pressure. It’s going to be a good experience for us."

“THE GIRLS TRUST ME AND I HAVE THE SAME TRUST IN THEM. AND AS LONG AS THEY CHOOSE TO GO THE SAME WAY, AND WE ARE ON THE SAME TRACK, I WOULD ABSORB ANY TYPE OF PRESSURE IN SPAIN AND GIVE MY BEST.”- Elonu

"I have missed a lot, especially being with the girls. I have missed being around, I have missed work also. So much work has been done on the team which I have skipped but I am sure to catch up with the work and progress very quickly."

Speaking on what her recent WNBA games had added to her ahead of the World Cup in Spain, Elonu simply added: “My experience there? It is the same, basketball is basketball. It would boost up my confidence but it is going to be the same. My role over there was different but like I said, nothing has changed, I have still got my confidence on me." 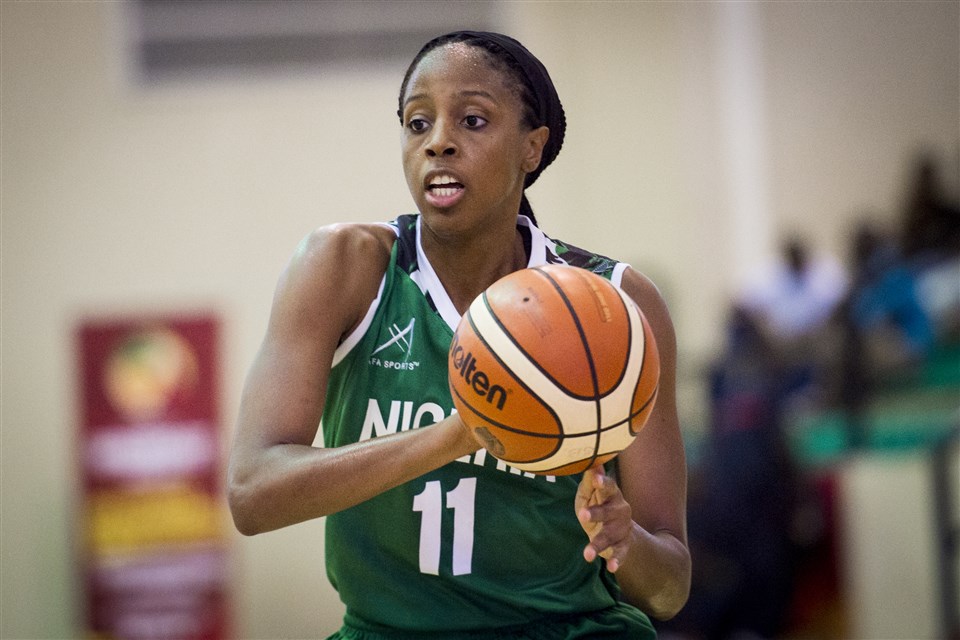 Elonu who had won the NCAA title with the A&M University back in 2011 while addressing the pressures her position as team captain brings to her noted that she does not allow anything weigh her down.

"Till now, nothing has weighed me down and I just hope it would continue that way. The girls trust me and I have the same trust in them. And as long as they choose to go the same way, and we are on the same track, I would absorb any type of pressure in Spain and give my best."

“WE SEE OURSELVES ADVANCING FAR IN THE WORLD CUP AND AS A RESULT, WE ARE TENACIOUSLY WORKING TOWARDS THAT”- Elonu

"I can boldly say my teammates and I are under no iota of pressure. We cannot dispute the fact that rankings matter but it is the game of basketball we are all going out there to play."

“We are looking forward to compete with them and doing well since we have been drawn in the same group already. We have played against Turkey before and we did put up a good fight, but we have not faced Argentina or Australia before."

"We have not played against dominant teams but you will never know what we have got until we play within those lines. We are going to Spain with something unique and I believe it would make a difference.

On her expectations, “I expect us to go out there as always and compete, we have the fighting spirit, we are well prepared, what else can we then expect but to do well?

"If you see yourself going beyond a particular stage and believe in it, you would see yourself getting there, and I think that is what everyone in the team sees. We see ourselves advancing far in the World Cup and as a result, we are tenaciously working towards that," she explained.

Elonu admits so much would be expected of Nigeria as reigning African Champions but says that she believes the team has great potentials.

"I think we need to work harder and keep on being who we are. We have a story of excellence in Africa, we want this story to keep repeating till it sticks. We have put on a good shot and we are here, we want to put in more effort and with the support of not only Nigeria but Africa at large, we are sure to do well," the Houston native pointed out.

She averaged the team's high 3.9 assists per game. She was also a member of the tournament's top ten players. 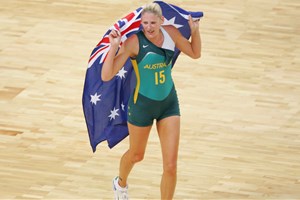 Power Rankings: Our final choice before the curtain is raised 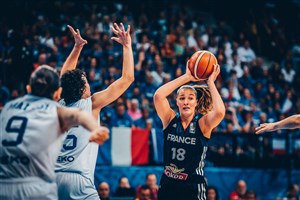