SAN JUAN (Puerto Rico) – During the past two years, the achievements of Puerto Rico’s women's national team have kept pouring in. “Las 12 Guerreras” (in English, “The 12 Warriors”), won the gold at the Centrobasket Championship, got the bronze in the Central American and Caribbean Games in Barranquilla, Colombia, and made their dream come true of attending a FIBA Women’s Basketball World Cup – all in 2018.

Now, in 2019, the women made a satisfactory performance in the Pan American Games in Lima, Peru, where they took home the bronze in what was the continuance of a streak of steps forward for the project focused on renovating the female basketball program in the island.

Next up is the FIBA Women's AmeriCup, held in San Juan, where the best continental team will be decided among ten teams. The Boricuas will step on the court with a roster similar to that of recent years and will even feature members of the team that achieved the third place in the 2017 edition of the tournament.

“(Women's basketball) is going through a great moment. The players have shown that their level has increased and they can compete for face to face with the teams of the Americas,” said Puerto Rico Basketball Federation (FBPUR) President, Mr. Yum Ramos.

“At a national team level, our country greatly acknowledges the players. I think that the fact that they’ve qualified to the World Cup, that they've won the Centrobasket, has been positive because people identify with them and support them,” added Ramos.

Puerto Rico has a core of young veterans with international experience that includes Jazmon Gwathmey, Jennifer O’Neill and Taira Meléndez. They're part of the generational relay of players like Yolanda Jones and Mari Plácido, who retired after completing their national participation in recent years. This evolution is part of the FBPUR's vision to avoid that the flow of talent gets stuck.

“The vision of the Federation, along with the women’s team staff, is to continue to add young players,” Ramos explained. “This year we have India Pagán, who’s a collegiate level player (at the NCAA). We've continued to bring young players so that there's no time lapse, no gap, where new players aren’t incorporated year after year. We want to avoid not having that generational relay.”

Among the most important challenges for the women’s program is securing funds parity and the sponsorships that women don’t receive in comparison with the men’s team. For the Federation's President, hosting tournaments like the FIBA AmeriCup is essential to increase the interest of the public and private sectors, and to secure more sponsors.

“Bringing a tournament like the AmeriCup, the most important tournament of our zone, I believe stimulates the people of Puerto Rico to keep supporting our women players – that they identify with women's basketball. (We want them) to see that these women give it all to represent their country and to understand that the same support that they've given to the men they need to give the women,” said Ramos.

The Puerto Rican squad will begin their participation on Sunday, September 22, in a game against Cuba in the Roberto Clemente Coliseum. The group of players between the ages of 21 to 33 will be led once again by Coach Jerry Batista. Around 70 to 80% of the team currently plays in the Puerto Rico Women’s National Basketball League.

“I've seen that the players are truly a commitment. They're really dedicated, they're truly enthusiastic. They wish to show the people of Puerto Rico that the Centrobasket win and the World Cup qualification wasn't by chance – they belong to this group of the best four teams in the Americas,” concluded Ramos. 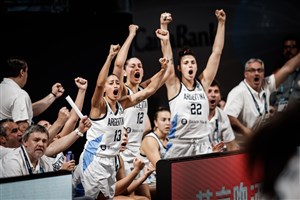 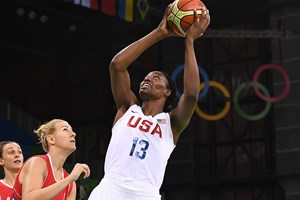 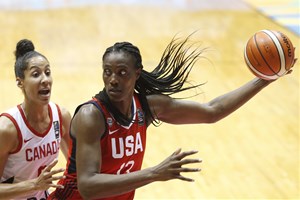 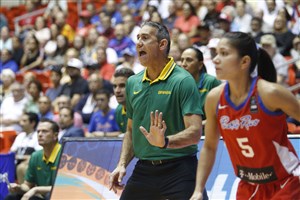 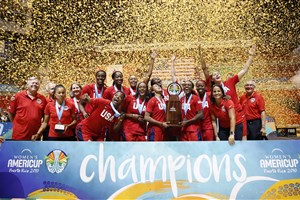