DAKAR (Senegal) - Soraya Degheidy came off the bench to score a game-high 23 points and overturn a double digit deficit against Cameroon to win 68-63 and progress to the Quarter-Finals at the ongoing FIBA Women's AfroBasket on Wednesday evening at the Dakar Arena.

The 24-year old, who has quickly become an internet sensation since the beginning of this tournament for her high scoring efficiency, played a very key role to help Ehab Alalfy's side shade off their mediocre performance in the first quarter.

"WE DESERVED TO WIN THIS GAME. WE WORKED TOGETHER AS A TEAM AND WHEN WE DO THAT, WE CAN WIN ANY GAME. WE HAD A GOOD FIGHTING SPIRIT AND THAT IS HOW WE MANAGED TO MAKE TWO COMEBACKS."- Degheidy

Cameroon posted a 16-0 lead in the first quarter much to the surprise of everyone before Gana Marouf scored a three pointer to commence Egypt's search for normalcy cutting the deficit to just six points at the end of the first quarter 16-12.

Egypt came back strong in the second quarter with the introduction of Degheidy whose leadership motivated her teammates to seek answers to Cameroon's many questions. Both teams scored 16 points apiece but Cameroon led 34-28.

"Coming into this game, our coach [Alfalfy] told us that we have to be very careful with the first quarter because Cameroon score very many three pointers and even when our 2-3 defence did not work out in the beginning, we stuck with it and in the end it really did the job and we are so proud of our performance," Degheidy explained.

Cameroon came back from the half time break with a better plan and executed it to lead 54-40 at the end of the third quarter but Degheidy and her teammates had other ideas. They denied Cameroon any shots behind the arc and their 2-3 defence put immense pressure on the Cameroonian guards who panicked and looked out of sorts.

Egyptian 🇪🇬 Soraya Degheidy, who features for Al Ahly back home, netted a game high 23 points as her side shocked Cameroon 🇨🇲 68-63 to book a place in the Quarter-Finals.

I’m running out of superlatives to describe her! Cameroon led 16-0 but Soraya happened. #AfroBasketWomen pic.twitter.com/8h2JEbI9NI

Egypt's starters only managed a total of eight points with point guard Reem Moussa scoring five with eight assists while Fatma Aly added three. Players that came off the bench scored an incredible 60 points - the highest number at this tournament.

Meral Abdelgawad, who is recovering from an ankle injury, scored 20 points, made four steals and picked three rebounds to inspire Egypt to the Quarter-Finals.

Egypt used a STRONG 4th quarter to defeat Cameroon in the Quarter-Finals qualifications. Relive the most intense #AfroBasketWomen game so far📽

Captain Marie Ange Mfoula and Paola Nyinkeu scored 12 and 10 points in that order while veteran Amina Njonkou also picked 11 rebounds but their efforts were far off the mark from helping Cameroon emerge victorious.

Cameroon have themselves to blame and head coach Natosha Cummings-Price did not mince her words in the post-match press conference when she said, "I can teach basketball tactics but I cannot teach a player the fighting spirit."

Egypt will take on Mozambique in their Quarter-Final matchup on Thursday at 14:00 GMT at the magnificent 15,000 seater Dakar Arena. 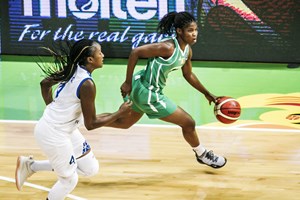 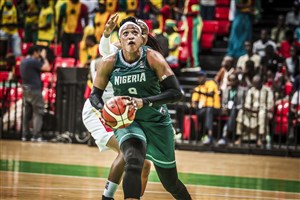 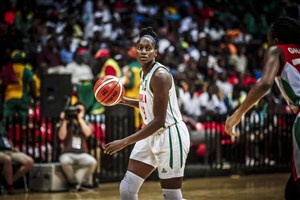 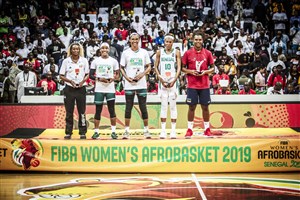