Brazil secured the top of Group A following a 62-55 win over Ecuador. Brazil won the first three quarters of the game and created a comfortable lead on the scoreboard. However, on the last ten minutes of the game Ecuador started to chip away from the difference with a 31-21 quarter. Brazil maintained safe distance and celebrated the win. Brenda Silva was phenomenal for the Brazilians with 17 points and 22 rebounds.

With 12 seconds to play, Milagros Maza scored one of her two free-throws and handed Argentina a 58-56 win over Uruguay. The Argentinians dominated the scoreboard for great part of the game, but with a great effort the Uruguayans cut the difference to one-point during the last quarter. Argentina remained calm and secured the win.

Paraguay celebrated on the last day of the Group Phase following a 65-49 win over Venezuela. After losing the first quarter, the Paraguayans went on to win the remaining quarters to take the victory and the third spot of Group A. Diana Zalazar was the top performer for the Paraguayans with an 18-point and 10-rebound “double-double”.

Barbara Torres handed Chile its qualification to the Semi-Finals of the South American U15 Women’s Championship after scoring a free-throw that secured the Chilean team a victory over Colombia 60-57. Valentina Ojeda was the best performer for Chile with 14 points and 10 rebounds.

In the Semi-Finals, Brazil will face Chile and Argentina will take-on Ecuador. Meanwhile in the Reclassification Round, Uruguay will face Venezuela and Paraguay will face Colombia. 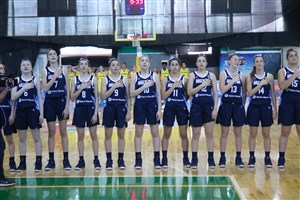 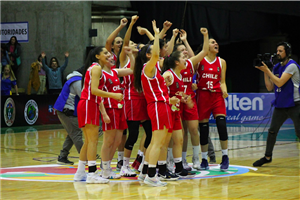 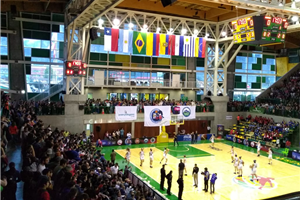