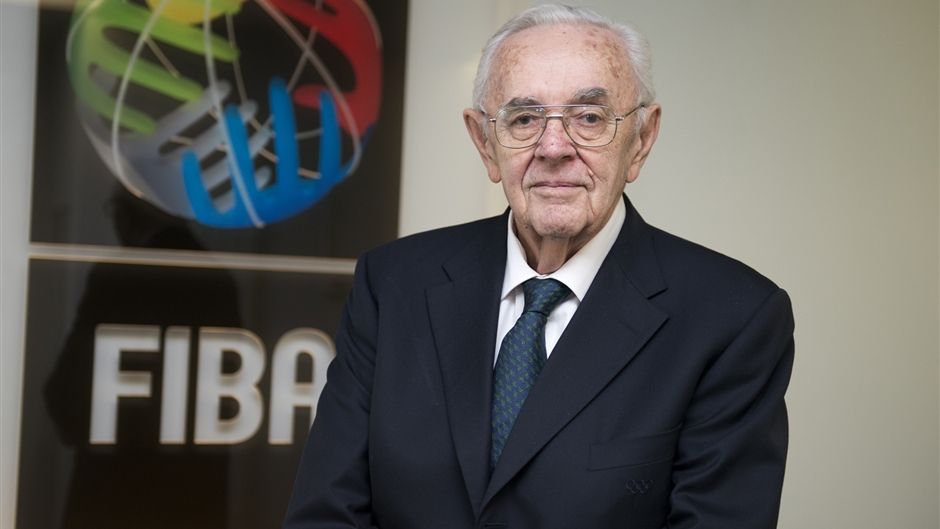 FIBA Secretary General between 1976 and 2003, Borislav Stankovic is known simply as "Mr Basketball".

Mr Stankovic was born on 9th July 1925 in Yugoslavia, in the city of Bihac (modern-day Bosnia and Herzegovina).

He was involved with sport from an early age, focusing his efforts on tennis and table tennis until the discovery of basketball in his teenage years.

He studied Veterinary Medicine at the University of Belgrade, with basketball rapidly becoming his number one passion. During his studies, he won two national titles with Red Star Belgrade.

As a player, he was selected to represent Yugoslavia on 36 occasions, including at the inaugural FIBA Basketball World Cup in 1950 in Buenos Aires, Argentina.

A member of the Central Board of the Yugoslavian Basketball Federation (YBF) from 1953, Mr Stankovic moved up the ranks of national and international sports administration rapidly, being appointed Vice-Secretary General of FIBA in 1960 and becoming YBF Secretary General in 1966.

This was also the year he pledged his efforts to basketball full-time, ending a 10-year career as a veterinary inspector for meat control in Belgrade.

In 1976, Mr Stankovic succeeded William Jones to become FIBA's second Secretary General, a position he would hold for 28 years.

During his time at the helm of FIBA, he is credited with countless achievements, the most significant of which are perhaps continually working towards building bridges between East and West during the Cold War, and bringing world basketball into the modern era in 1992, when professionals and NBA players took part in top-level international competition for the first time at the Barcelona Olympics.

Beyond basketball, he sat on or chaired numerous IOC and international sporting committees and commissions.

The efforts and contributions of Borislav Stankovic have been recognized with countless awards and merits all over the world.

It was with profound sadness that FIBA on March 20, 2020, confirmed the passing of FIBA Secretary General Emeritus Borislav Stankovic. He was 94 years old.

He is survived by one daughter, two granddaughters and two great-grandchildren. 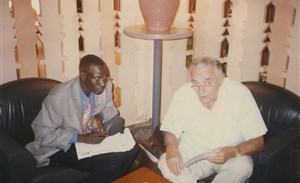