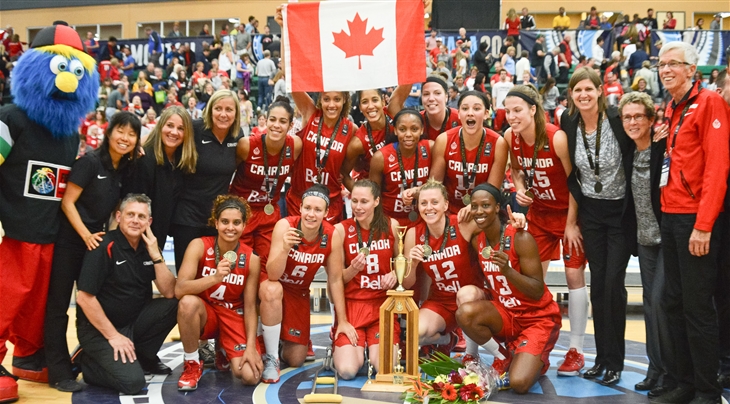 The party in Edmonton lasted long into the night after Canada lapped up their second golden moment of the year by following up their recent success at the Pan-Am Games in Toronto.

There was also a touch of deja vu, since once again it was rising star Kia Nurse who came up with the goods in the 82-66 Final win - this time adding 20 points to further enhance her rocketing reputation.

"It was an incredible experience," reflected the teenage ace, who unsurprisingly took the honour of being crowned MVP.

"Our team was pumped for this and to play as well as we did throughout the whole tournament was amazing.

"Edmonton really stepped up and supported us every day.

"We couldn’t be more thankful for that," she added.

Despite 25 points from Leidys Oquendo, Cuba couldn't handle the depth and all-round contributions from Canada's roster after they shot a superb 53 percent from the field - much to the absolute delight of head coach, Lisa Thomaidis who also paid tribute to the support her team were given by the locals.

"To do this on home soil and to do this in front of our fans, is a once in a lifetime opportunity," stated the play-caller.

"From the time we knew we were hosting this event and then for it all to come true is just an amazing feeling."

A sold-out crowd were left standing on their feet and singing 'Rio' - something which was something not lost on veteran guard Kim Gaucher or frontcourt powerhouse, Tamara Tatham.

"It's exactly what I had dreamed," said Gaucher.

"When the crowd was chanting Rio at the end of the game, we were trying to hold back tears and keep composed, because there was still 90 seconds left to play - what an unbelievable experience."

It's every athlete's dream to be an Olympian. It's a huge deal for us. - Tatham

"The last time we were at FIBA Americas we were so close but fell short," recalled Tamara Tatham.

"Everyone played their hearts out and we came up with the win and it’s amazing."

Canada might not be the only team heading to Rio.

While Cuba relinquished their title and had to settle for second place, they will be looking to compensate by prevailing at next year's FIBA Women's Olympic Qualifying Tournament (WOQT).

The same can also be said for Argentina who ended Brazil's run of 10 podium finishes at the FIBA Americas Women's Championship by taking a memorable 66-59 triumph in the Third Place game.

It was the second win against their rivals at this year's event for Cristian Santander and his jubilant players, having also beaten Brazil during the Group phase.

Celia Fiorotto fired 13 points for Argentina as they took a podium spot for the third time in the last four tournaments and they are now also anticipating a trip to the Women's Olympic Qualifying Tournament.

With Brazil having been handed an automatic berth as Olympic hosts and Canada qualifying directly, Cuba and Argentina will be joined at the FIBA Women’s Olympic Qualifying Tournament by Venezuela.

They made history on the penultimate day in Edmonton by snapping up the last ticket on offer with a famous 65-56 success against Puerto Rico.

Go to fiba.com/Americaswomen2015 for full coverage of the 2015 FIBA Americas Women's Championship. 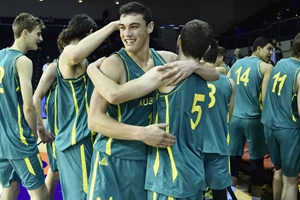 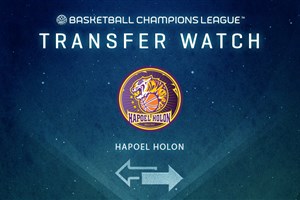 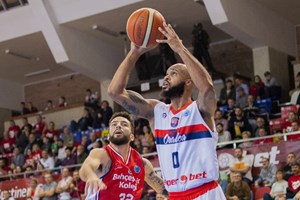 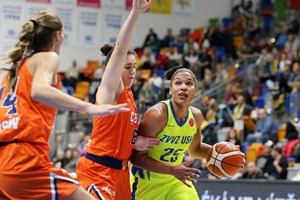