BOURGES (France) - There was double cause for celebration at the FIBA Women's Olympic Qualifying Tournament - Bourges, France for Sandrine Gruda after she was named TISSOT MVP for playing a starring role for France.

She used all of her veteran know-how to catapult the host nation to the top spot in the group and finished the competition with a stellar 20.7 points per game. That was made possible by an incredibly efficient 78 percent field goal percentage and Gruda only just missed out on a tournament double-double with an average of 9.7 rebounds per contest. 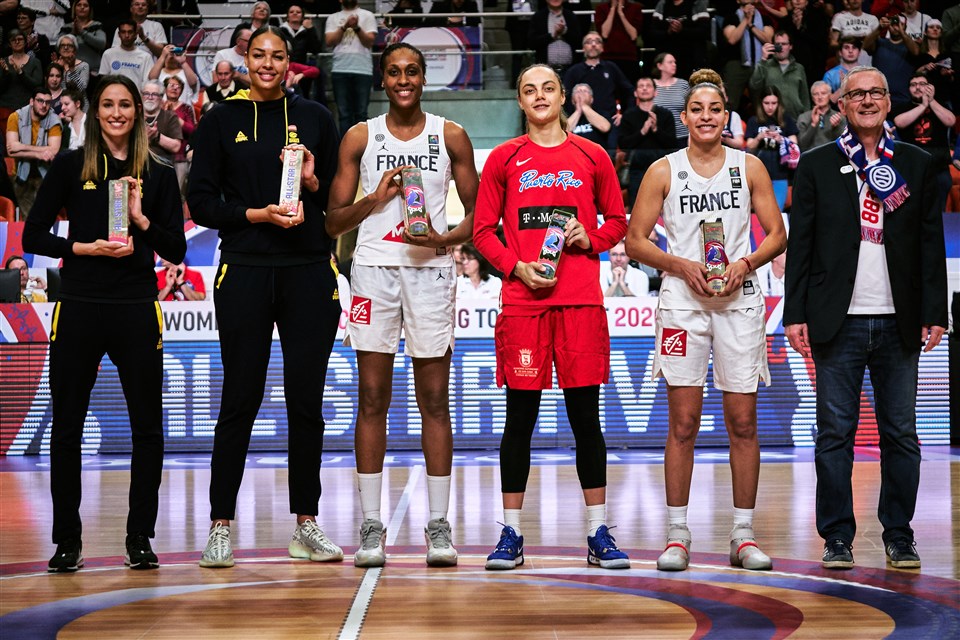 Her colleague Bria Hartley did the business in the backcourt for France and she claimed a berth in the All-Star Five after harvesting almost 5 assists per game, to go with her 7.7 points and 2.3 steals. She was a key driver of the memorable win over the Opals on opening night, with 8 assists.

Liz Cambage of Australia had arrived as arguably the biggest name in Bourges and she didn't disappoint as she guided Australia to yet another Olympic appearance. She was unstoppable at times as she led the tournament in scoring with a massive 26.3 points per game and completed a double-double with 11.0 boards per outing.

Her Opals' teammate Bec Allen also gained a spot, continuing her great form from the EuroLeague Women club season to claim an all-action 16 points, 4.7 rebounds, 2.7 assists and 1.7 steals per game.

Finally, there was a significant new page of history written for Puerto Rico, who are looking forward to playing at their first ever Olympic Games. They were led impressively by Jazmon Gwathmey, who finished a with 17.0 points and 5.3 rebounds per game. 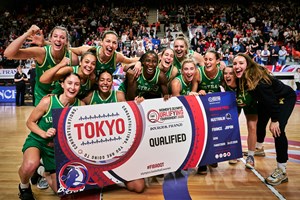