OSTEND (Belgium) - Another sell-out crowd in Ostend witnessed a major slice of history as Belgium eased past Sweden 61-53 to book a place in Tokyo where they will make their maiden Olympic appearance.

A trademark slow start caused some early headaches, but once Belgium made the necessary adjustments, they were a different team and the fans rejoiced in seeing the local favorites reach their goal.

Turning Point: With Sweden leading 23-16 just ahead of half-time, the hosts looked rattled. But a buzzer-beater from Kim Mestdagh changed the momentum of the game and Belgium posted a devastating 16-point run either side of the interval.

Game Heroes: Emma Meesseman showed why she is one of the  best players in the global game with a towering performance. She racked up a massive 24 points on a pivotal day and also claimed 5 rebounds, 4 assists and 3 steals.

Stats Don't Lie: The win was founded on Belgium being more ruthless around the bucket. They finished shooting 53 percent from two-point range, with 10 baskets coming in that area from their star center.

Bottom Line: Belgium could have cracked under the pressure but instead they showed some resilience to believe in their game, while also prospering from having a very special player to lead them in Meesseman. Everyone in the Arena will remember the day for a long time and Belgium can look forward to Tokyo now.

If they get it right in Japan, they could be a threat and can dream big. As for Sweden, it just didn't happen and their lack of confidence and scoring, options, much like at the FIBA Women's EuroBasket 2019 always limits their potential. They just didn't produce enough. 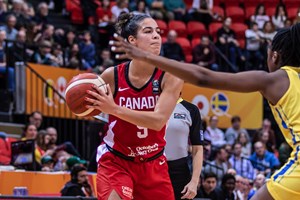 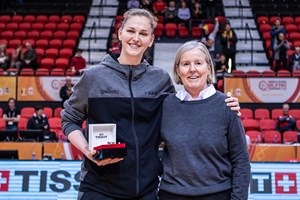