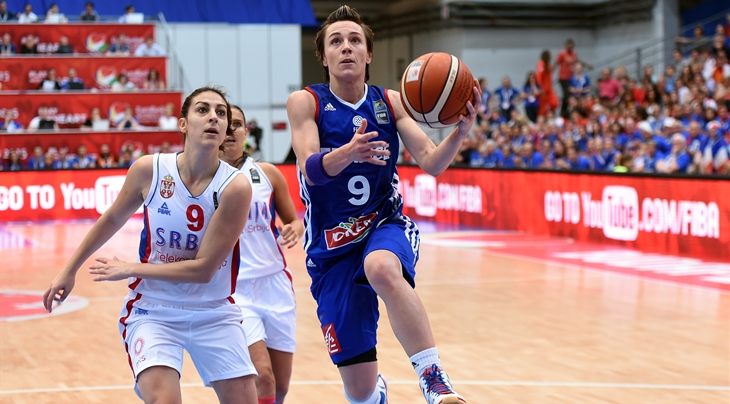 BOURGES (2016 FIBA Women's Olympic Qualifying Tournament) - It's been an exciting past week for Celine Dumerc after EuroCup Women success with Tango Bourges, but the guard is adamant that keeping emotions under control will be the key to France progressing safely to Rio.

As overwhelming favourites to make homecourt advantage pay off in the FIBA Women's Olympic Qualifying Tournament (WOQT), just about everyone is expecting Les Bleues to breeze their way to Brazil. But Dumerc is not one of them.

She is banking on a more cautious approach and utilising the synergy in ethos which has served both her and head coach Valerie Garnier well at club level.

"We have to get to Nantes and do our jobs by respecting the opponents in every game that we play," the 33-year-old playmaker warned.

We know that everyone will want to beat us and get that ticket to Rio and so we have to be entirely focused on our own play. - Dumerc

"Our first objective is to suppress the emotion of wanting to go to the Olympics. We must focus solely on the next play and the basketball that is in front of us.

"The national team philosophy is also like Bourges who firstly try to make the other team play bad, because if we know the other team have some troubles and are not scoring, it helps us to have time to find solutions in our own offense.

"I also feel that if we look past the fundamentals, then this is when we will not be doing our jobs well," Dumerc added.

Minute by minute, I am sure we will get closer to Rio. But if we look past this at any time, we will be living dangerously. - Dumerc

Meanwhile, in what will be her final season at the club, Dumerc has finally ended her previously elusive search for European silverware with Bourges.

We are Champion of Euro cup! !!
Proud of my team!!❤💪🏀🏆 pic.twitter.com/quVnn7FAAW

She was the main instigator of post-game celebrations as captain and as someone who could not be happier for everyone involved in the historic success.

"Le Prado [where Bourges play their home games] was full and you could not help really enjoying this game and the moments afterwards," she explained. "I didn't play well myself, but I was so proud because everyone was involved in winning this title for the club.

"I actually didn't feel like it was this European trophy that everybody was talking about me wanting to win - maybe because we played against another French team in Villeneuve.

"Maybe it would have felt different had we played another European team, but actually I don't care about what title it is - I just want to think about the history of Bourges and the different competitions and continuing that important tradition of winning.

"Especially because it is the first season in the new Le Prado and I think from the first moment we knew we wanted to have success and I will remember the night and how happy everyone was for a very long time," smiled Dumerc. 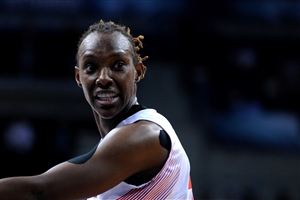 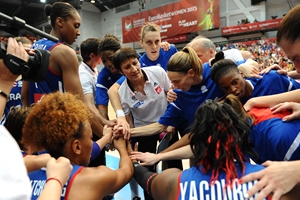