INDIANAPOLIS (USA) - When your last name is Sabonis and you play basketball for Lithuania, missing out on the Olympics is not an option.

Domantas Sabonis, the son of Hall of Fame center Arvydas Sabonis, knows everyone in his country, and especially family, will be expecting him and the national team to qualify for next year's Tokyo Games. They will have to win the six-team FIBA Olympic Qualifying Tournament (OQT) in Kaunas to reach Japan.

Three more tickets to Tokyo 2020 will be claimed by the winners of the other qualifying tournaments in Canada, Croatia and Serbia.

"The link between my family and the Olympic Games is huge," he said.  "My dad did compete in some of them, and won medals, so it's something that is very important for the Sabonises, that's for sure." 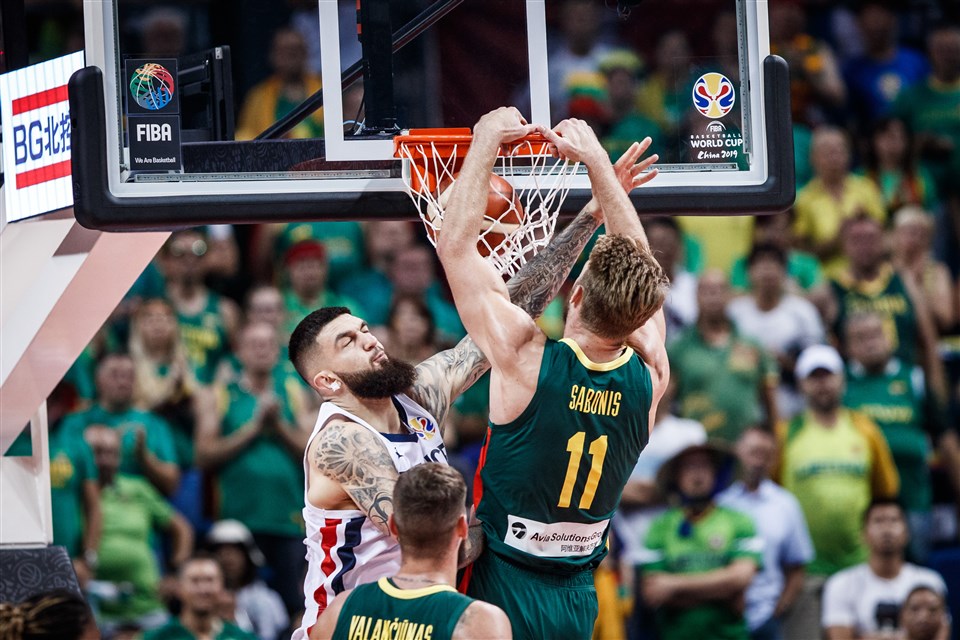 Arvydas Sabonis, now 54, captured a gold medal as a center for the Soviet Union at the 1988 Seoul Games, having previously won a world title in 1982. With Lithuania, he claimed bronze medals at the Olympics in both 1992 and 1996.

Since regaining independence, Lithuania has played at every Olympics, seven in total, including in 2016 when Domantas made his Olympic bow in Rio de Janeiro.

Though he smiled while talking about the pressure of claiming one of the four Olympic berths, Domantas Sabonis, a big man with the Indiana Pacers, knows the FIBA Olympic Qualifying Tournaments next summer will be difficult.

Europe's two direct qualifying spots for the Tokyo Games were claimed at the FIBA Basketball World Cup 2019 by champions Spain and third-placed France. Lithuania have been in this position before. In 2012, in Caracas, Venezuela, the Baltic side clinched a spot for the London Games.

"WE HAVE TO GO THROUGH AN EXTRA TOURNAMENT TO REACH THAT GOAL, BUT WE'LL EMBRACE THIS OPPORTUNITY AND TRY TO MAKE THE MOST OF IT TO SEAL A SPOT FOR THE OLYMPIC GAMES."- Domantas Sabonis

"We're all looking forward to it," the 23-year-old said. "It's going to be a very intense tournament as every team dreams about competing in Tokyo 2020. It's what we have to go through to qualify for the next Olympics, and we're going to battle to win the tournament and get a ticket for Japan.

"Playing at the Olympics is very, very important. It was one of our goals last summer, and despite having to go through to the qualifying tournament, we know we have the talent to qualify for Tokyo. We don't want to miss that tournament, we want to keep playing on the biggest stage every time there is an international tournament."

Sabonis and Lithuania will have a better idea of the task ahead after the FIBA Olympic Qualifying Tournaments draw on November 27 at the Patrick Baumann House of Basketball, FIBA headquarters, in Mies, Switzerland.

"I always love to represent my country and I'd like to help it play on this fantastic stage that is the Olympics," Sabonis said. "We have to go through an extra tournament to reach that goal, but we'll embrace this opportunity and try to make the most of it to seal a spot for the Olympic games."

Lithuania won't be discouraged by their World Cup performances. They competed in Group H in the First Round with Australia, Canada and Senegal and then had to take on France and the Dominican Republic in Group L. With only the top two sides advancing from that Second Round pool, Lithuania barely missed out, finishing third behind Australia and France.

After trailing by as many as 12 in their meeting with Australia, Lithuania battled back to lead by three points in the fourth quarter but fell, 87-82. Sabonis had 12 points, 4 rebounds and 4 assists and a block.

Then against France in the Second Round, Lithuania fell behind by 17 midway through the third quarter but stormed back to go in front, 72-70, with 3:10 to play. France ended up winning, 78-75.

"We had a very good game against France, but we had some mistakes in the last couple of minutes that were fatal to us," Sabonis said.

"WE DID SHOW OUR UNITY AND OUR CHEMISTRY (AT THE WORLD CUP), WHICH IS ONE OF THE KEYS OF OUR COMPETITIVENESS."- Domantas Sabonis

"We needed to win to keep our hopes alive to go to the next round. At this level of competitiveness, making very small mistakes can make a big difference and France did punish us in the money time with some brilliant plays.

"We were a bit unlucky in some situations, too, in my opinion, but that game did hurt. It's the kind of game where it is a 'do or die' and we got beat, so we were put in the most frustrating situation. We are going to learn from this game, and we will come back better next year for the Olympic Qualifying Tournament."

As difficult as Lithuania's early exit was to absorb, Sabonis says he and his teammates do have positives to take from the event.

"We showed our unity and our chemistry, which is one of the keys of our competitiveness," he said. "Despite the losses to Australia and France, we played very well during most of the game, so we need to build on this. We know how to play, we know how to play as a team and we just need a tiny bit more luck on our side and to keep working hard to win medals and titles in my opinion."

"The level of competitiveness is getting higher and higher," he said, "but we know that we can compete and win against a lot of teams. We want medals and titles, and I am sure that it will happen very soon. We are a team that is united, very solid and we love to play with each other and represent our country." 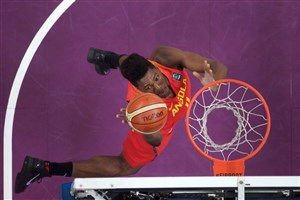