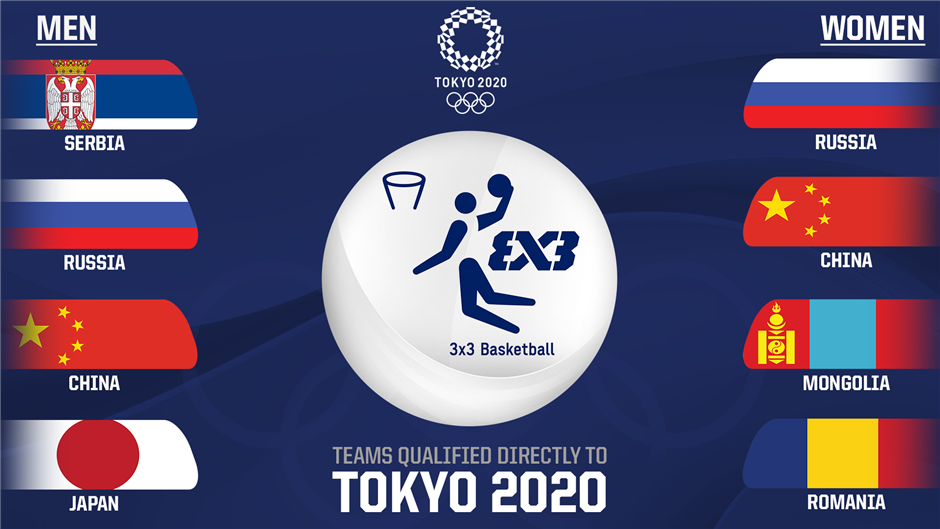 The top 4 teams in the FIBA 3x3 Federation Ranking in the women’s category (Russia, China, Mongolia and Romania) earned a trip to Japan, where 3x3 will make its first appearance at the Olympics.

The top 3 teams in the FIBA 3x3 Ranking in the men’s category (Serbia, Russia and China) together with the Japanese hosts will join them in the Aomi Urban Sports Park in the waterfront Aomi district for the much-anticipated event.

The FIBA 3x3 Federation Ranking was calculated by adding up the FIBA 3x3 Individual World Ranking points of the Top 100 nationals. It not only rewards the elite performances of the players but also the 3x3 activity in the territory of each National Federation.

This means 8 of the total 16 tickets for the FIBA 3x3 Olympic tournament have already been awarded.

Twenty teams per gender can still make it to Tokyo after qualifying for the FIBA 3x3 Olympic Qualifying Tournament, which will grant 3 tickets to the Olympics by gender.

The last ticket (per gender) to the 3x3 event of the Olympics will be awarded at the Universality Olympic Qualifying Tournament, which will feature 6 teams and take place in Budapest, Hungary.