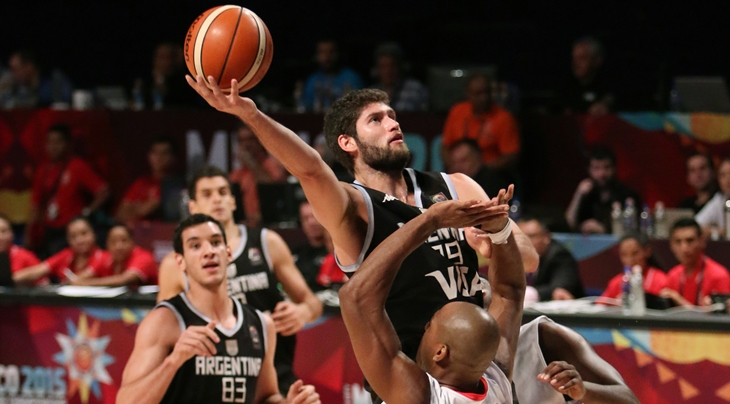 Garino becomes a factor for Argentina

WASHINGTON D.C. (2016 Rio Olympics) - Do you want to know a little about the new generation of basketball players for Argentina?

If so, turn your gaze to the United States and you'll see Patricio Garino, a 22-year-old small forward playing American college basketball as a senior at George Washington University.

Garino played a hugely important role for his country at the 2015 FIBA Americas Championship averaging 25.6 minutes per game in Mexico City.

Only Luis Scola and Andres Nocioni logged more time on the hardwood for Argentina than Garino in the tournament.

Since going into battle for Argentina, the 1.95m swingman has returned to the United States to resume his NCAA career and had a fast start to the Colonials' season.

On Monday, Garino was named the Atlantic 10 Conference Player of the Week.

In leading GWU to three wins in as many games, he averaged 18.0 points per game while burying 61.3 percent (19 of 31) of his shots, including 57.1 percent (four of seven) from three-point range.

Garino is on a terrific run.

He was not a lock to make Argentina's team this summer, even though he had been a All-Atlantic 10 Defensive Team selection after the 2014-15 campaign.

After being included by Hernandez in the squad for the Pan American Games, Garino travelled to Canada and made the most of the opportunity.

He only logged four minutes against Mexico but then started to play more as Hernandez looked for a formula that would get the country to Rio.

He played 26 minutes against Canada, 31 against the Dominican Republic and 17 against Puerto Rico.

Garino impressed Hernandez enough that the veteran play-caller included him in the team that competed in the FIBA Americas Championship.

That afforded him a dream chance to play alongside Scola and Nocioni.

When asked what it was like, he said to the Washington Post: "It's very hard to describe.

"Seeing them walk around, it shocks you a little to see you're wearing the same gear as them, you're getting ready for practice with them, you're taking shots next to them. It's kind of crazy."

Garino started the tournament like a house on fire, pouring in 19 points in a 91-86 victory over Puerto Rico.

Garino also hit double-digits with 10 points in a 95-83 Second Round defeat to Mexico.

He ended up averaging 7.7 points per game in Mexico.

What he has done is help allay the fears about what will happen to Argentina when the likes of Scola and Nocioni are no longer playing.

He has shown that there is, indeed, talent in the pipeline.

Garino is certainly good to go. Bauermann to oversee transition for Iran

Norwood appeals to Gilas players to be 'locked in' 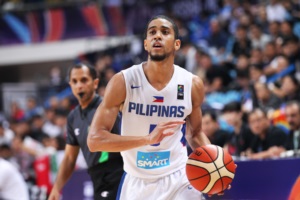