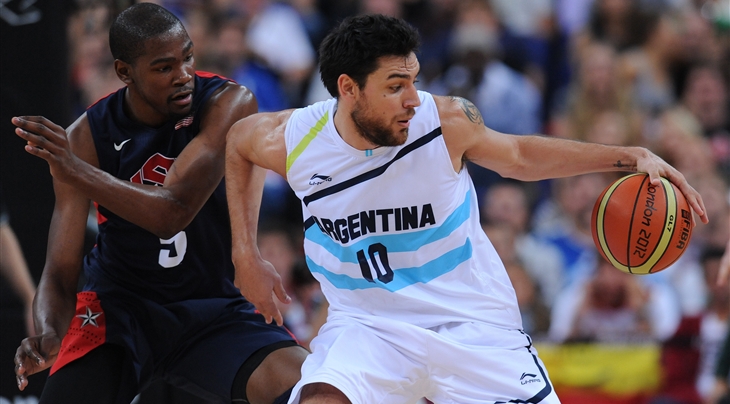 Delfino back in the saddle with Argentina

BUENOS AIRES (Rio 2016 Olympic Games) - A familiar face has been seen with Argentina in the build-up to the Rio Olympics.

Head coach Sergio Hernandez, after staying in good contact with injury-plagued Carlos Delfino, has invited him to training and given him a chance to make the squad.

It's the first time since Argentina's Bronze Medal Game defeat to Russia at London 2012, that former NBA star Delfino has been with the team. Injuries had prevented him from doing so since the last Olympics.

"I'm working alongside the whole group, I am very happy, I have no pain. For now, everything has been going as it should be." - Delfino

The sight of Delfino alongside Andres Nocioni, Luis Scola and Manu Ginobili - another who is back with the national team for the first time since 2012 - has brought back a lot of good memories for the fans of the national team.

"Very good," Delfino said to Argentinian outlet Basquet Plus when asked how he felt being back on the court. "I'm working alongside the whole group, I am very happy, I have no pain. For now, everything has been going as it should."

Delfino accepts it will take some time to get back into a basketball rhythm after not playing at all the past few years.

His problems started during the 2013 NBA playoffs, when he was on the books of the Houston Rockets. Delfino broke his foot in a game against the Oklahoma City Thunder.

He signed a two-year deal with the Milwaukee Bucks ahead of the 2013-14 season but never played. Instead he had to undergo a second operation and has been resting and recuperating ever since. Is there enough time for him to make the squad and also be an important member of the side?

"I'm missing three years of career," he said. "So I say it's like riding a bike. Maybe you do not do it for a few years, you get on and the first time stagger a bit. You get used to the brakes and then everything follows. The good thing is that I see things happening on the court and my body is responding well.

"Day by day, I am getting my timing back. From a physical standpoint, I'm feeling good."

Argentina, who had announced a 20-man preliminary squad for Rio on 24 June, one that did not include Delfino, will be confident of having a good Olympics no matter who shows up. They had a terrific team last year when they beat hosts Mexico in their Semi-Final at the FIBA Americas Championship.

"Very tough," he said. "We chose the top teams: United States, Lithuania and Australia. That way we will realize where we stand."

The USA will be Argentina's opponents on 22 July in Las Vegas. They will host Australia on 26 July in Tecnopolis, near Buenos Aires, and then Lithuania at the same venue the following day.

Hernandez said he would rather have his team's shortcomings exposed by the top teams now instead of discovering what they are once the Olympics are underway.

"You better live those experiences in preparation games and not for the first time in Rio," he said. 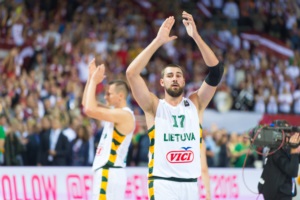 Lithuania gearing up for another Olympic summer

Vasquez, Cox and Guillent factor into the Venezuela equation 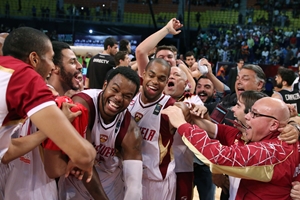