Whitchurch like most kids in the Pacific gravitates toward Rugby growing up and played basketball for fun when the opportunity arises.

“My friends play rugby all the time, and I wanted to try something new, something different,” said the 6'3 Whitchurch, "We heard about Twilight in Taurama which was a gym that we couldn't normally play in. So every time it happened we went there to play."

Papua New Guinea's focus on their grassroots development has yielded immediate results with Whitchurch being a prime example of finding their next stars.

"Twilight brought everyone together from kids to even the police force every Friday. It gave us something to do and to play the game. I learned how to play and was discovered there." - Ray Withchurch

"Twilight brought everyone together from kids to even the police force every Friday. It gave us something to do and to play the game. I learned how to play and was discovered there," shared Whitchurch.

Basketball is a rapidly growing sport in the island nation, and with Port Moresby hosting the FIBA U15 Oceania Championship, Melanesia Cup and the Pacific Games last 2015, it demonstrates the enthusiasm of the Papua New Guineans towards the game.

The U15 squad's performance in the FIBA U15 Oceania Championship attested that they need to grow and improve their youth programs.

"We are committed and focused on improving and developing basketball from the grassroots to national level. Basketball Federation of Papua New Guinea (BFPNG) will continue to give more opportunities for all aspiring basketball players to play the game," said BFPNG Executive Officer, Stephen Damien.

Papua New Guinea clinched a fifth-place finish after thwarting Fiji 65-52 victory in the classification phase and the discovery of players like Whitchurch during Twilight is a testament to the commitment of BFPNG in growing the game.

"I love the experience we got from this tournament (FIBA U15 Oceania Championship) even though we're not the top team we were able to play against teams like Australia and New Zealand and we know now how much harder we have to work to get better," shared Whitchurch. 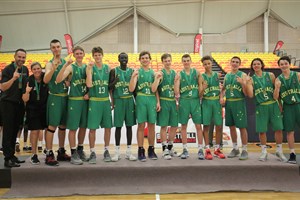 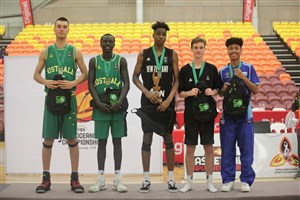 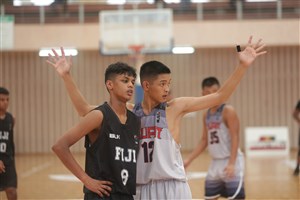