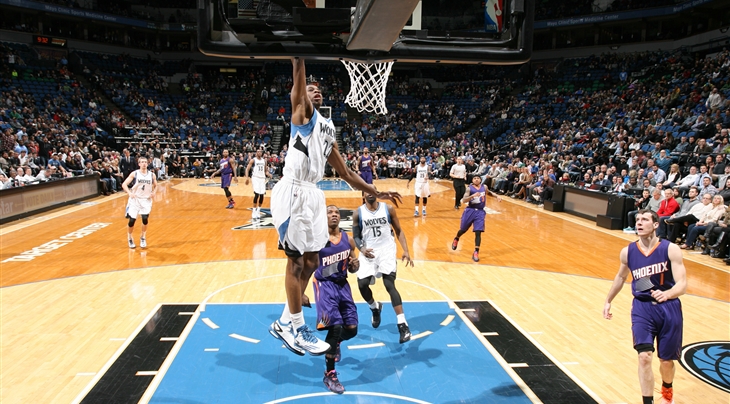 MINNESOTA (NBA/2015 FIBA Americas Championship) - Canadian sensation Andrew Wiggins could have been forgiven several months ago if doubts about his amazing ability had crept in.

Though one of the most talked about NBA teens of all time, Wiggins was traded by the Cleveland Cavaliers to the Minnesota Timberwolves after being selected with the first overall pick in the 2014 NBA Draft.

The T-Wolves have lost plenty of games this season, too.

He has concentrated on his effort in both practices and games.

And judging by his recent performances, Wiggins is going to be just as good, just as athletic and just as driven as most people said he would be.

The best thing that happen for @22wiggins is that he got traded from the Cavs. Chance to really develop with no pressure. Love it!

Wiggins poured in a career-high 31 points on Saturday night as the Timberwolves won 113-105 at the Denver Nuggets for their second triumph in three games.

The word in Denver before the clash was that Wiggins was feeling under the weather but that wasn't apparent during the game.

Asked if he was still unwell after the contest, he answered: "I still am a little, but I feel great.

"We got the win, played hard, executed down the stretch. Nothing feels better than that."

The statistics and the highlight reel plays should have everyone in Minnesota, and back in Wiggins' home country of Canada, excited.

Everyone is sitting up to take notice.

Against the Nuggets, Wiggins hit jump shot after jump shot.

He finished four of five from long range and 11 of 17 overall.

What should raise even more eyebrows is Wiggins’ all-round game.

"He's a student of the game. He studies a lot with (assistant coach) Ryan (Saunders).

Minnesota are going to benefit from Wiggins's presence, and it stands to reason that Canada's national team will, too.

No one knows for sure yet if Wiggins will be in the squad that plays at the FIBA Americas Championship in Mexico but he'll be one of the star attractions if so.

His presence would put the Canadians closer to an Olympic berth, too.

Head coach Saunders says that he and everyone else is beginning to marvel at Wiggins's extraordinary talent and drive.

"I spoke to one of the referees and he said, 'Boy, Wiggins - how much he's improved in a month!' Saunders said.

"It's almost astonishing, his confidence level.

"He just continues to do better, to amaze - do everything. There's offense, blocking shots, rebounds - a little bit of everything." 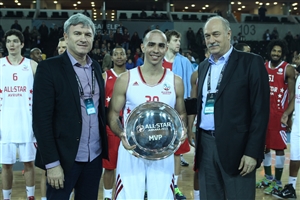