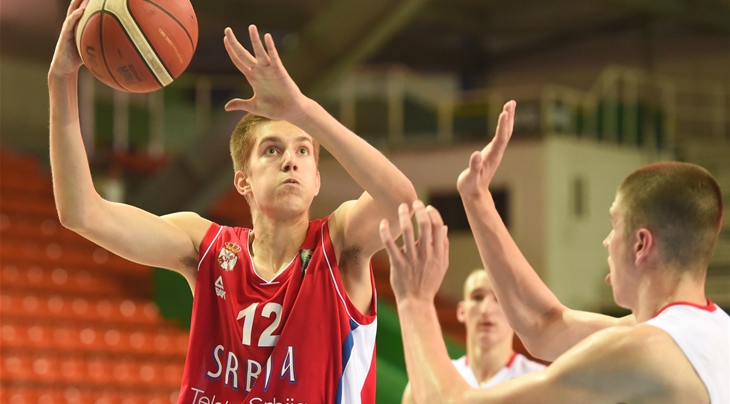 REGENSBURG (David Hein’s Eye on the Future) - Looking at the group of Europeans selected for next month’s Jordan Brand Classic International Game, there's a very Spanish flavour to the selection, which is very different from years past and indicative of a couple of trends going on in Spanish basketball.

Let's start with the list of Europeans who will be heading to New York for the JBC International Game on April 15 at the Barclays Center in Brooklyn. As usual, organisers chose 10 Europeans from the JBC European camp, which this year took place in Zagreb.

Six of the 10 nominees are either Spanish players or play with Spanish clubs.

That is a major change from past JBC selections of Europeans. There were no such players with a Spanish connection in the 2011 and 2012 JBC International Games. In 2013, there was Serbian Stefan Peno, who was playing with Barcelona, as well as Sergi Garcia from CTE Baleares. The 2014 International Game had Lithuanian Tadas Sedekerskis, who had already made the jump to Spain and Baskonia. While last year’s game’s only Spanish connection was Spanish guard Acoydan McCarthy of Real Madrid.

So, what does this drastic increase mean? Is it an indicative trend or just an anomaly?

To break down the situation, first it must be made clear that Spanish basketball has a rule that players who play three years in the youth ranks of a club are then considered so-called “home-grown players” and do not count as foreigners in club play. ACB teams need to have four Spanish players per team and those spots can be filled by "home-grown" European players.

This is an important element to the entire development as Spanish clubs receive a very legitimate benefit from helping educate, train and develop young players.

But the players also get a major benefit from this rule.

First off, Spanish clubs still have a very high reputation in their ability to develop young talent with their high-level coaching. In addition, if such a player works his way through the system of Real Madrid or Barcelona or any other club then his status as a "home-grown" player allows those clubs to bring in top-level players such as American or European stars.

"I decided to come to Spain because I can see how hard and how much they work with young players. So the system is a lot better than in Latvia," said Kurucs, who is in his first season in Spain.

"It's easier to improve yourself at a young age. So that’s why we decide to come at Spain earlier."

I think it's great that the Spanish league has so many young players from different countries. That gives you big competition and helps you to work hard and beat other guys. - Kurucs

It's pretty clear that both sides gain from this situation. But how does it connect to the JBC?

Spanish clubs have seen the success and benefit of the rule and figure if they bring in players earlier and earlier than they can get the three years out of the way quicker while also giving the youngsters their own tutelage before they develop bad habits from former clubs.

"The trend is that young guys keep going to Spain because of the better development mostly due to the tough competition," said Milan Nikolic, a basketball player agent with Octagon Europe.

Nikolic wasn't surprised at all with the increased Spanish connection among the JBC Europeans.

I actually think that those numbers are even going to rise as Spain is the only country so far that manages to combine education and sports both on a high level. - Nikolic

While the benefits for the clubs and in-coming players seems pretty clear, what about the young Spanish players?

One could argue that their spots in Spanish clubs are being taken by Europeans looking for better training. The clubs are robbing young Spaniards of the chance to develop in favour of more-highly rated players from outside of the country.

Well, that is certainly one side of the coin. But just like everything, there is another side of the story.

You also could ascertain that this added competition actually helps Spanish players get better - having to prove themselves against higher level players.

"I think it pushes the domestic players to become better in a tough junior competition plus looking at the Spanish national teams it has given them stronger national teams over those years. They're winning everywhere and have a feeling for developing young talent," urged Nikolic.

Spain is the only country that is really open minded or bringing in top talent. - Nikolic

What kind of numbers among the top levels are we talking about?

The development hasn’t had an impact on Spain’s performance at the youth European Championships.

So why not another country? Why are all these players going to Spanish clubs?

Well, other countries are starting to implement similar rules for youngsters coming in from other countries. And certain clubs are establishing reputations for developing young talent.

Some higher-level foreign talent is beginning to head to Germany, including the likes of Slovenian Aleksej Nikolic and Lithuanian Arnoldas Kulboka with Brose Baskets Bamberg.

And Italian clubs are starting to bring in players from the Balkans, including Serbian Nemanja Dincic with Armani Milano; Bosnian Njegos Sikiras and Serbs Lazar Nikolic and Djordje Pazin with Stellazzurra BA Rome; and Serbian Danilo Petrovic with Virtus Bologna.

So if you happen to watch the 2016 Jordan Brand Classic International Game next month, now you have a bit better understanding of why there is a very Spanish flavour to the game. 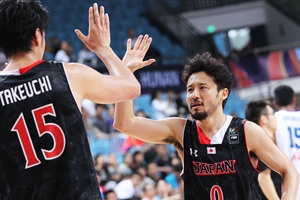 Japan to lean on speed and shooting at Belgrade OQT 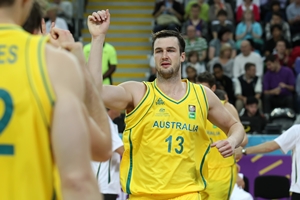 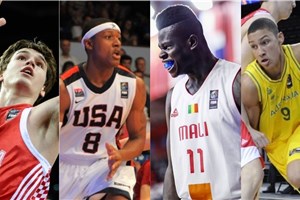 Is this the best #FIBAU17 lineup of all time? 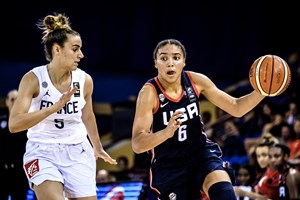 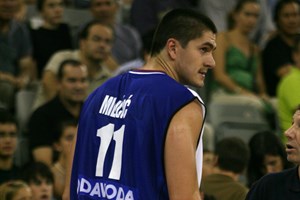