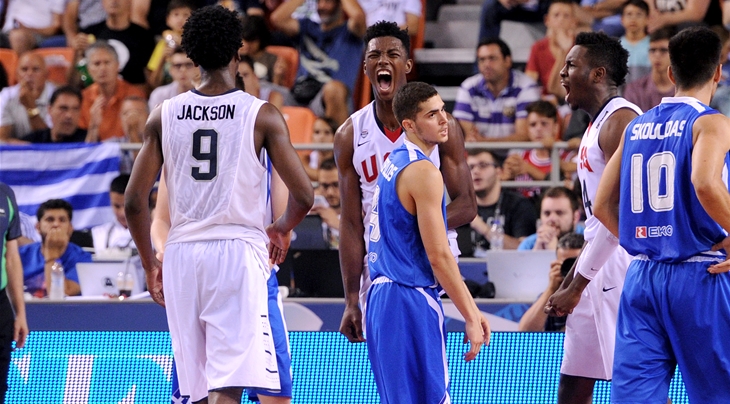 USA get past Greece, must overcome Croatia to retain U19 crown

The USA got 30 points from Jalen Brunson while Harry Giles collected his fourth straight double-double with 13 points and 11 rebounds as the Americans beat hosts Greece, 82-76, in a hotly contested battle.

Terrance Ferguson and Jayson Tatum both added 11 points to give the USA the chance to become the first team to repeat the title since they accomplished the feat in 1983.

Greece gave the Americans all they could handle, getting to within 69-66 but that was the closest they would come. Tyler Dorsey and Vasilis Charalampopoulos combined for 44 points for the Greeks, who missed 14-of-32 free throws while the Americans hit 20-of-32 foul shots.

The Greeks move into the Third-Place Game against Turkey.

Croatia moved into their first U19 Worlds Final with an emphatic 91-56 victory over the Turks as they exacted revenge for their loss to the Turks in 2014 U18 European Championship Semis.

Marko Arapovic did it all for the Croatians with 25 points, 15 rebounds, six assists and three steals. He even carried his injured teammate Borna Kapusta off the court in the fourth quarter.

Ivica Zubac collected 20 points and nine rebounds for the Croatians, who only had six players play more than six minutes.

Turkey, who got 12 points from Egemen Guven, will face Greece in the Third-Place Game.

Earlier in the day, Italy erased a 24-point fourth quarter deficit and beat Spain in overtime and will take on Canada in the game to determine fifth place.

Diego Flaccadori collected 25 points, eight assists, five steals and three rounds as Italy won 83-77 after trailing 64-40 at the end of the third quarter.

Luca Severini had 18 points, 10 rebounds and eight steals while also tipping in Flaccadori's missed layup with 11.2 seconds left in regulation to force overtime. Andrea Picarelli chipped in 12 points, including a three-pointer from the corner with 15 seconds left in overtime to push the lead to 81-77.

Italy, who are playing at the U19 Worlds for the first time since 1995, will face the Canadians on Sunday after they beat Australia, 66-58.

Dillon Brooks had 19 points and 11 rebounds while Justin Jackson added 13 points and 10 rebounds to lead Canada, who used a 14-0 run at the end of the third quarter to take control of the game.

On Sunday, ninth place will go to either Serbia or Argentina after both sides won in the classification round.

Serbia needed overtime to beat Korea, 113-109, as Milos Glisic had 17 points and 13 rebounds - one of seven Serbs to score in double figures. Korea, who got 40 points from Song Kyo Chang, will face off against Egypt for 11th place.

The Egyptians lost 74-64 against Argentina with Rodrigo Gerhardt scoring 16 points for the South Americans.

Thirteenth place will be decided between Dominican Republic and Iran.

Iran got 39 points combined from Navid Rezaeifar and Ali Allahverdi while Mohammad Yousef Vand collected 13 points and 15 rebounds as they saw off China, 64-59.

China and Tunisia will open play on the final game day in the game for 15th place. 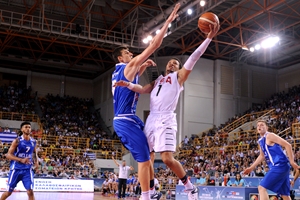 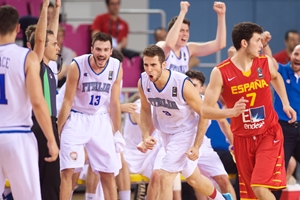