LOS ANGELES (USA) - No one is more excited for the resumption of the FIBA 3x3 World Tour than our signature one-two punch who preview and, of course, debate the upcoming Doha Masters - the final stop in this season's regular season.

In the latest episode of FIBA 3x3's online show The Ten-Minute Sprint, Kyle Montgomery aka 'the voice of 3x3' and Corey 'Homicide' Williams begin the show with a brief recap of the three Masters played in Hungary in late August-early September.

Williams reserved special praise for Liman superstar Stefan Stojacic, who enjoyed a fairy-tale return after a long injury lay off to claim the MVP at the Debrecen Masters. "There were questions about how he would look after almost two years out," he said. “But those questions were answered and I'm very proud of his comeback."

Montgomery said the emergence of several newcomers, most notably finalists Ub (SRB) and Utena Uniclub (LTU), made 3x3 feel "more open" than ever before.

Shifting gears to Doha, Williams said the intrigue of Day 1 on Friday would center on Pool C aka 'the group of death' which features NY Harlem (USA), Utena and Lausanne Katapult (SUI). Even though the New Yorkers will be shorthanded without Kidani Brutus and Joey King, the streetball legend believed they were still the team to beat.

"They are coming with three players but they are experienced and you know what they represent," he said. "You can never discount any team with Disco Domo (Dominique Jones)."

Montgomery was excited about Pool A highlighted by a blockbuster clash between No.1 seed Liman and Manila Chooks TM (PHI), whose star players Joshua Munzon and Alvin Pasaol stole the show in Doha last year.

Speaking of Munzon, who is coming off a dominant run in the recent Filipino 3x3 league, count Homicide as one of his biggest fans. "This dude is a beast," he said of Munzon. "Nothing he can't do. He has range like Steph Curry and handles the ball like James Harden.

"He has a big game. He's fearless. His spin move is crazy."

Montgomery was most looking forward to watching Utena's dynamo Ignas Vaitkus, who led the new kids on the block to a shock final's finish at the Debrecen Masters.

"This dude does it all," he said. "He leads the league in player value. He creates mismatches. You can't put a big on him or a small. He's the heart and soul of the team."

And, finally, it was prediction time. You already knew it, but these two smooth-talkers had differing tips. Williams backed his compatriots NY Harlem to edge Liman in the final, while Montgomery believed Riga would repeat as champs by downing Liman in a rematch of last year's decider.

Have our big-mouth experts got it right? 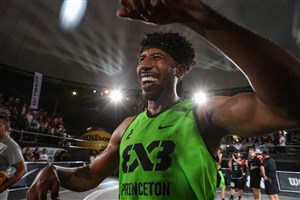 Who can still make the FIBA 3x3 World Tour Final? 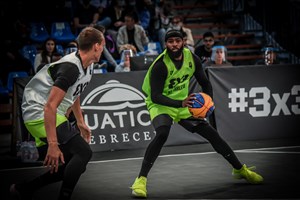 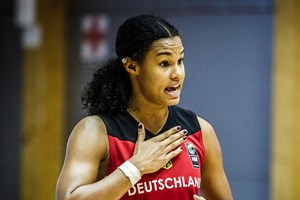 How women's basketball star Sabally fell in love with 3x3 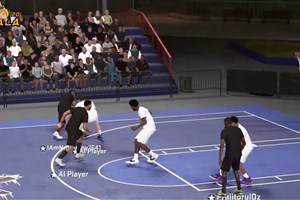 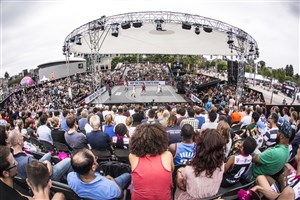