MIES (Switzerland) – Christmas is coming fast but it's time for some early presents.  Here are the top 10 moments of an insanely fun 3x3 season.

It was an amazing year for hoops powerhouse USA who finally flexed their might in 3x3. They have a bucket load of talent coming through the ranks best underlined by their dominance at the FIBA 3x3 U18 World Cup 2019.

USA won their first men's gold with thrilling victories over Turkey and Russia in the latter rounds, while it was no surprise in the women's who won for the fourth time after beating New Zealand in the final, led by MVP Hailey van Lith.

This year's FIBA 3x3 World Cup 2019  in iconic Amsterdam was bigger than ever – quite literally. In 3x3's biggest-ever venue on Museumplein, a sell-out crowd of 2,561 fans saw a Robbie Hummel-inspired USA defeat Latvia in the final and China's women team complete a flawless campaign by beating Hungary.

It was an atmosphere never before seen in 3x3 and underlined its growing popularity worldwide.

Novi Sad are 3x3's powerhouse team. You knew that already. Before this season, they had won three World Tour Final titles and were unbeaten in 2018.

2019 was different. They struggled – by their lofty standards – on the World Tour and didn't win a Masters for months after triumphing in Mexico City.

They came into the Utsunomiya Final written off and the skepticism seemed warranted after a sluggish day one where they nearly were eliminated on several occasions.

But when they had to play their best on day two, the Serbs rose to the occasion and found something special. Novi Sad reminded everyone that they are the best in the business after beating Princeton in the final.

Novi Sad have now won four World Tour titles and remain the gold standard in 3x3 until someone can knock them off the throne.

Mongolia are one of 3x3's success stories. They play with pride, passion and purpose which was brilliantly illustrated at the FIBA 3x3 U23 World Cup when they incredibly hit four Tissot buzzer beaters on the same day.

The men's team knocked over Lithuania and South Korea, while the women beat Germany and Uganda.

It was the baddest performances seen by a Mongolian since Genghis Khan.

Russia's women were hot favorites to win the FIBA 3x3 U23 World Cup. After all, they had won 42 straight games at the U23 level. But in a rematch of last year's final, Japan gained revenge to win their first-ever world title in basketball.

Moe Nagata made a tough layup with 40 seconds left and then Risa Nishioka hit the sealer as Japan ended one of the greatest winning streaks in 3x3 history.

It was an important win for Japan ahead of next year's Tokyo Olympics.

Speaking of Olympics, we are all getting excited for 3x3's debut in Tokyo! Ahead of the Utsunomiya Final, we celebrated the unveiling of the four teams per gender who qualified directly to the 2020 Olympics.

Also revealed were the 20 teams per gender who earned a ticket to the FIBA 3x3 Olympic Qualifier in India in March.

In case you have forgotten, 3x3 will be showcased on sports' biggest stage on July 25-29.

Smoove's dunk of the year in Utsunomiya

Dmitry 'Smoove' Krivenko is a dunk legend and has pulled off some of the most incredible jams imaginable during his storied pro career. However, he might have topped himself with the best slam of the season at the Utsunomiya Final – a feat made even more impressive since he was coming back from injury.

He pulled off the never-seen-before behind-the-back win dunk that quickly melted down social media. Smoove didn't win the dunk contest, but he had a nice consolation prize – the best dunk of 2019.

USA men's had never been able to get past Serbia at the FIBA 3x3 World Cup. It had been a long-time jinx for the Americans but this time around was different. They opened the tournament with a 21-16 victory to end defending champion Serbia's 15-game winning streak and started a streak of their own.

USA would go 7-0 in the campaign and win a historic first gold medal.

Egypt dominated the FIBA 3x3 Africa Cup 2019 in Uganda. The men's team defeated the Democratic Republic of the Congo in the final to win their first title, while the women defeated two-time winners Mali in the championship game.

The highlight had to be Soraya Mohamed's jaw-dropping step- back two-piece with the game on the line to ice the game. It's been viewed more than 100,000 times on Twitter and might just be the best move this 3x3 season. Oh and just if you thought that wasn't impressive enough, the U18 men's team also won gold on the same week

Australia stamped themselves as an emerging 3x3 powerhouse with domination in China. The men's repeated as champions by defeating Mongolia, while a Bec Cole-inspired women's team beat Kazakhstan in the final.

- Can't believe we did not even include the launch of the Women's Series. Thought we'd do a soft launch? 1st year, 15 events! So many great memories of that inaugural season: just a few top of our head, Migna Touré's 2 Tissot Buzzer Beaters in the championship game in Ekaterinburg, Michelle Plouffe's triple-five vs. USA in the Edmonton Final, Japan U23 and Mai Yamamoto's incredible win in Xiong An.
- The first-ever FIBA 3x3 U18 Africa Cup in Uganda with gold for Egypt's men and Mali's women
- Steve Sir (Edmonton) beat the all-time record at the FIBA 3x3 shoot-out contest with 17 out of 21 points and Edgars Krumins ties this mark at the World Tour Final. 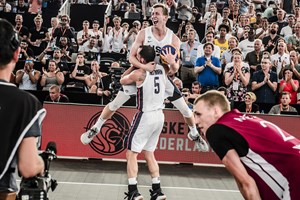 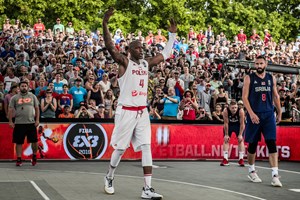 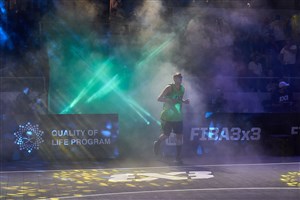 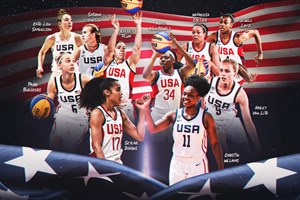 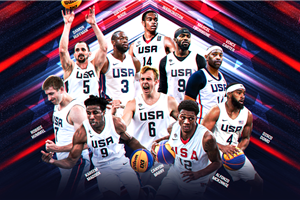