NOVI SAD (Serbia) - Stefan Stojacic aka 'Mr Robot' gave a timely reminder of his talents with a starring performance during Liman's dominant run during the 3x3 World Tour return in Hungary.

Stojacic claimed the MVP at the Debrecen Masters after producing the biggest comeback since Rocky Balboa upset Ivan Drago. His robotic moves had defenders backpedaling like they were at the Tour de France.

After settling into his groove on Day 1, he caught fire when it mattered most and poured in 13 points in the semis against arch-nemesis Novi Sad (SRB) and then a game-high 8 points in the final against Utena Uniclub (LTU).

The 31-year-old finished the co-highest scorer of the first event of the season with 41 points, including shooting 52% (14/27) from behind the arc to fuel the steamy conditions in Debrecen. Stojacic led all players in Player Value, which measures the overall statistical production of each player, to capture his fourth MVP on the World Tour.

"I was nervous," Stojacic said. "I had literally one year and ten months without being 100 per cent healthy. Game by game, I started to feel better... my body was better."

It was a remarkable return for the Serb, who missed most of last year due to initially becoming a father and then suffering a torn calf muscle. "Last year was terrible for me because of my injury," Stojacic said.

"I tried to come back, maybe too early, and then I injured myself again. I said 'ok, for this season I’m done, let’s practice slowly'.

"Then I was ready and coronavirus came. It was a hard period."

Due to the pandemic, the former robotics engineer spent time in lockdown but the silver lining was spending precious time with his family.

"A lot of things changed for me. I was more focused on the family, spending more time with them and practicing my life with (wife) Milica," he said. "She was a big support in all these years because I had a lot of ups and downs."

Without their best player, a courageous Liman showed plenty of heart to memorably win the Debrecen Masters and finish 2019 as the world No.1.

With Stojacic saucing and back from an ankle injury that had him miss the Hungary Masters, a loaded Liman also took out the Europe Masters to cap off their dominance on the World Tour's return.

The 2017 World Tour regular season MVP understandably tired as the week progressed but showed more than enough to suggest he deserves to be once again rated as one of 3x3's best players.

"I want to thank all my guys for playing a great season without me," he said. "Now we're more like a team, much better than before. I hope that Liman will be the 3x3 team of the future." 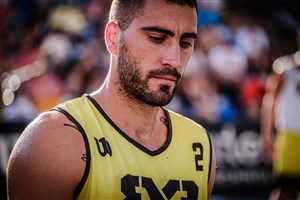 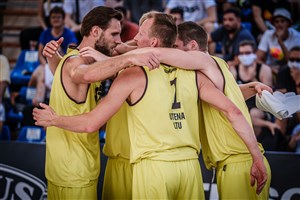 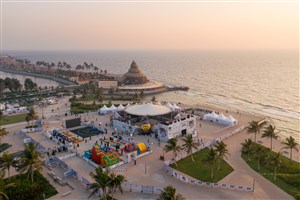 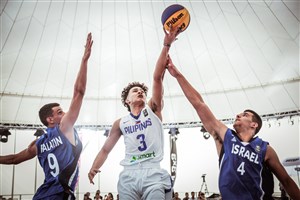