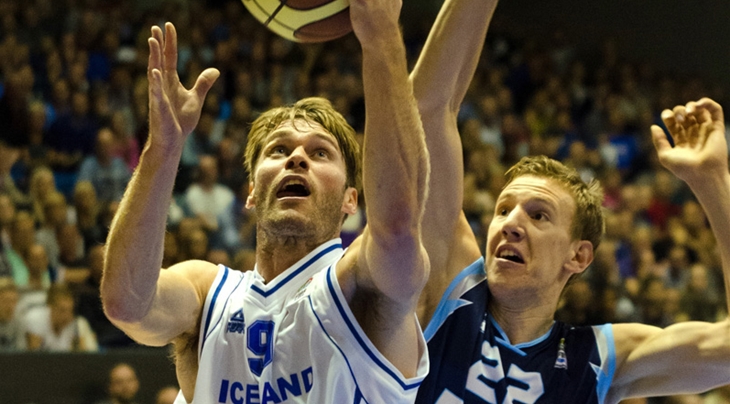 Stefansson, Iceland come through in the clutch

MALAGA (EuroBasket/Euroleague) - Jon Stefansson may have dreamt that one day, he'd run onto the court in his Iceland jersey and play at a EuroBasket.

Only he knows, though, if he genuinely believed it would happen.

For years and years, Iceland competed in Division B of European basketball and found it hard enough to win promotion to Division A.

They had no realistic hope of making it to a EuroBasket but in 2010, when FIBA Europe expanded the EuroBasket field from 16 to 24 teams, something that had been almost completely out of reach for Iceland suddenly became a possibility.

Divisions A and B were scrapped and all of the teams were put into qualifying groups for the Final Round.

With dedication, passion, a sense of purpose and a little good fortune, Stefansson had good reason to think it was possible for Iceland to make it to the tournament.

When they attempted to qualify for EuroBasket 2013 in Slovenia, Iceland had to compete against Montenegro, Israel, Serbia, Estonia and the Slovak Republic and won just once in 10 games.

But this year, Iceland got a hand of cards they could play with.

They were drawn in a three-team group with Bosnia and Herzegovina and Great Britain.

Iceland also had the luxury of hosting the first game of the 2nd Qualification Round in Group A against the Brits, on 10 August.

With Stefansson out of contract and choosing not to risk injury and play, Iceland still beat Great Britain, 83-70, and built some momentum.

The EuroBasket was suddenly within touching distance.

Stefansson, knowing a win in Great Britain 10 days later would be decisive, decided he had to play.

He went from being the lead cheerleader in the home win over the Brits to star player in London.

Stefansson poured in a game-high 23 points and fired the team to a 71-69 victory.

He made one of the biggest shots of his career with 44 seconds remaining.

With Iceland on top 68-67, Stefansson drilled a three-pointer.

"It was killing me from the beginning, not playing," Stefansson said to FIBA.com.

"It was a big risk for me to play without a contract. I never thought I'd wait that long to get a contract.

"But when I saw the level of the British team, and we beat them pretty good in Iceland, then I kind of, like my teammates said, jumped on the bandwagon, like a cheerleader.

"I'll take that. Away in Britain, we needed more firepower and it worked out.

"It's unbelievable, but we're in the (EuroBasket) Finals."

The feeling is unbelievable. It's surreal. It's going to sink in (eventually). - Stefansson

They had never experienced anything like the high of EuroBasket qualification.

"Me and Hlynur have been in the national team for a long, long time, so, this is something special," Stefansson said.

It was important for the veterans not to just make the EuroBasket for themselves, but for Icelandic basketball as well.

Baeringsson and Stefansson, both 32, wanted their legacy to be more than just a show of commitment.

They wanted to show the young players in the country that hard work will pay off.

"It's been missing, this legacy," Stefansson said.

We haven't had a lot of players go abroad to play. This will definitely help Icelandic basketball. - Stefansson

"The youth have definitely come out and followed us. It's definitely going to be a part of Icelandic history and hopefully, we’ll leave a mark and influence the kids."

Iceland were drawn in Berlin's Group B and will play hosts Germany, Italy, Spain, Serbia and Turkey.

It may be the toughest of all the pools.

A top four finish will be needed to advance to the Last 16.

"We're just going to go and compete with everyone in the group and fight until the last drop and that's our mentality," Stefansson said.

Right now, the 1.95m guard is playing a vital role with Unicaja Malaga in Spain.

"It's a great situation and it's good to be back in the Euroleague, back to playing with a big team," he said.

I was dying to play in the Euroleague again and finally it happened for me. - Stefansson

"I think we have a great team, great chemistry. We showed it at Laboral Kutxa, which is key, to beat teams away in the ACB. I think we have good quality."

Unicaja have had a solid Euroleague campaign and reached the Top 16.

Eleven weeks into the Spanish Liga Endesa campaign and Unicaja were also top dogs with 10 wins and just one defeat.

FC Barcelona and Real Madrid were nipping at their heels with 9-2 records.

Stefansson hasn't been starting games, but coming off the bench for Unicaja.

"There are always these teams that have balance, players that know their roles," he said.

"I think coach (Joan Plaza) is trying to imprint that into our brains, to be confident and believe in the system, and I think that's working at the moment and we just have to keep working.

"It's not perfect and we have to get better. We will get better this season, but I think it's key that people know their roles and that we have to sacrifice for the whole."

Stefansson says he knows exactly what Plaza and Unicaja want from him.

"Defensively, of course, I have to be strong, solid.

"I accept that and that's the way I make a living here in Spain."

Before joining Unicaja, he played three years for CAI Zaragoza.

And the two years before that, he was with Granada.

An earlier highlight in his career was that Stefansson, in the 2004-05 season, played for a Dynamo Saint Petersburg team that went unbeaten in the FIBA Europe League and captured the title.

That side was coached by David Blatt, the former Russia national team boss and ex-Maccabi Tel Aviv chief who is now in charge of the Cleveland Cavaliers.

Stefansson smiles when it's put to him that his roles for his club sides are very different to the one he has with Iceland.

"It's always different, night and day, my role with the national team," he said.

"And that's when I kind of get out and do what I'm capable of.

"But in these top leagues, you have to do your role for the whole team.

"That's the same for Iceland. If I don't score, we don't win.

"That's my role with the national team, to be more aggressive and to shoot the ball a lot. That's the way it is." 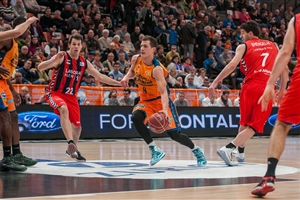 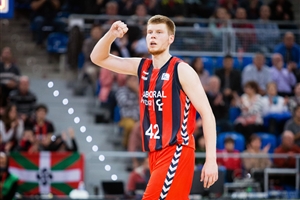