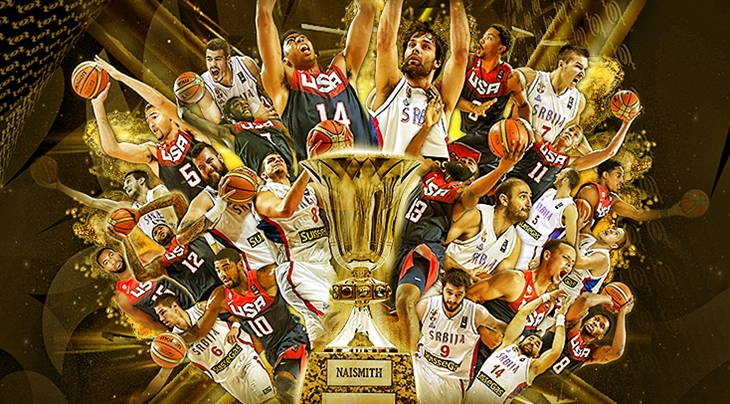 The first-ever contest between these two countries at FIBA's flagship event represents a clash of the two most distinctive basketball schools of distinction.

It will surely provide the thousands of spectators in attendance at the 'Palace of Sport' in Spain's capital, and the millions of fans across 175 countries watching it on TV and online, a true and absolute feast of basketball.

There are very few nations in the world of basketball with as deep rooted traditions of talent, training and tactics as the two teams that are battling it out for the Naismith Trophy.

The USA will look to retain the title they won four years ago in Turkey and become only the third team in the history of FIBA's flagship event to win it on two successive occasions.

As the former Yugoslavia, Serbia were crowned world champions on five previous occasions. In fact they were the second - and last - team to win the title on back-to-back occasions, doing so in 1998 and 2002.

Sasha Djordjevic's side will look to give Serbia their first senior international title.

Both teams at Spain 2014 are young: the USA roster has an average age of 24, two years younger than that of Serbia.

The performances of the two teams on the road to the Final of Spain 2014 have been quite exciting.

The USA brand of speed-skill-size basketball has virtually blown every opponent they have faced so far - eight of them in all.

The likes of Kenneth Faried and Klay Thompson have become household names thanks to their stupendous showing in Spain, while James Harden, Stephen Curry and Anthony Davis have stepped up and made their past international experience count when the team has needed it.

And as Mike Krzyzewski consistently puts it in almost every interaction with the media, "the intensity, the emotion and the effort of togetherness" has kept the USA in good stead in their quest for their fifth world title.

There is no team better than Serbia to stop the USA from achieving that.

Milos Teodosic has struck sublime form, especially in all three Final Phase games while emerging as the floor leader.

But Serbia are not a one-man army.

Bogdan Bogdanovic is one of the most explosive prodigious talents in the world and is as yet a work of art in progress, while Nemanja Bjelica is as solid as they come and Miroslav Raduljica - the only NBA player in the current Serbian roster - has proven a tough customer in the paint.

Man to man, therefore, Serbia are no way less than the USA. Should they click together as a team one final time the Balkans can prove more than a handful for the Americans.

Churro may not just be the only delicacy available on the Madrid menu this Sunday night! 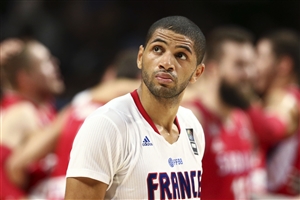 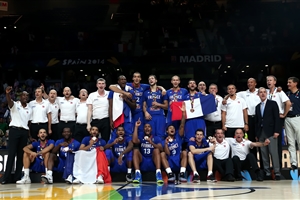