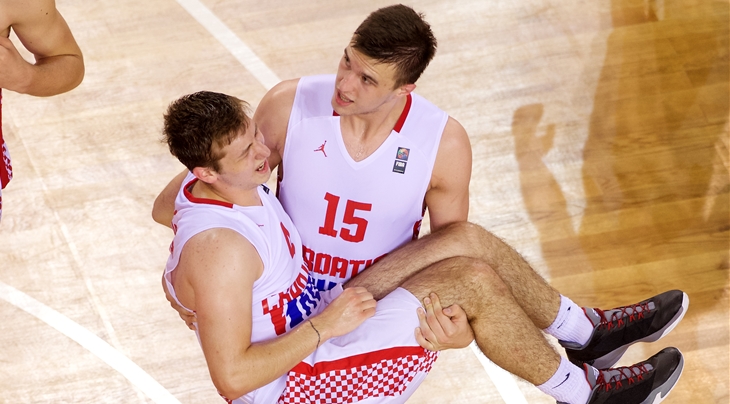 REGENSBURG (David Hein's Eye on the Future) - The Turkish Airlines Euroleague tips off tonight and the 2015-16 season is one of the most balanced in years as far as championship contenders. The field is wide open for the four Final Four berths in Berlin from May 12-15. And so many teams in the competition will really rely on youngsters to help them proceed along the path to the German capital.

This is not quite a preview of the Euroleague but more a look at some of the top young talents expected to make a major impact this season.

Both of the Turkish Final Four contenders Anadolu Efes Istanbul and Fenerbahce Istanbul have elite prospects among their ranks.

Efes coach Dusan Ivkovic has no issue with giving more responsibility to 21-year-old Dario Saric, who showed with Croatian team at EuroBasket 2015 that he can handle it. This will be a fascinating season for Saric - who might be playing his last in Europe before heading to the United States to play for the Philadelphia 76ers.

The Sixers would love to see him play more of a point forward and flash his outstanding playmaking skills. But Ivkovic has playmakers in Thomas Heurtel and Jayson Granger and will need Saric to play more around the basket.

Saric will still occasionally wow spectators with his court vision but it will not come as often as many hope. On the other hand, Saric will be able to work on taking advantages of mismatches with bigger players on him and learn ways to defend them.

Ivkovic is known as a maestro in helping young players develop and Euroleague saw that as Cedi Osman took another step forward last season. All indications are that Mr. Head and Shoulders will play even better in 2015-16.

Ivkovic also knows the 20-year-old Osman will serve as a great mentor to another Turkish mega-prospect in Furkan Korkmaz. The 18-year-old had a great summer in 2015, topped by playing alongside Osman at EuroBasket 2015 for Turkey. Expect Korkmaz to really start picking up his game for Efes in late November when roles are more clearly defined.

Not to stay on Efes too long but they do have one other youngster who could emerge over the course of the campaign. If 19-year-old Okben Ulubay can play within himself - and dial down the need for flash just a bit - the big playmaker could just earn Ivkovic’s trust.

Moving across Istanbul to Fenerbahce, the other veteran legendary Serbian coach Zeljko Obradovic has two highly talented Turks who could play their way into consistent roles this season. The 19-year-old Berk Ugurlu got in 10 Fenerbahce games last season and will likely be used more this season.

It wouldn’t be a shock if 17-year-old Omer Yurtseven actually gets more playing time just because he’s a center. But Yurtseven, who won’t turn 18 until after the season, has already shown he can hold his own against high level competition, collecting eight points, seven rebounds and one block in 15 minutes in Fenerbahce’s exhibition victory over the NBA Brooklyn Nets. Yurtseven might play early but will see his minutes drop upon the return of Pero Antic.

Well, that’s a lot on Turkish teams. But those are two hot contenders for the Final Four and a few of the top young players on the continent.

Let’s move onto some of the other top prospects for this season in the Euroleague.

This is a big season for German Paul Zipser at Bayern Munich. A long playoff run meant Zipser had to miss last year’s Treviso adidas camp and took him out of draft consideration. The 21-year-old will be an automatic NBA Draft entry next June and the wing still must fully prove himself to observers, who are really trying to figure out where he ranks among top talents.

Crvena Zvezda Telekom Belgrade of course has young Serbian talent. Point guard Nikola Rebic helped Serbia to the 2015 U20 European Championship and already has a double-double in the Adriatic League this season with 10 points and 10 assists versus Tajfun. The 17-year-old Borisa Simanic also played in that game and the long lanky big man will likely get a few appearances as he continues to develop his game.

The other Adriatic League team in Euroleague, Cedevita Zagreb, also features a couple of high level players - both of them Croatians. Marko Arapovic’s prospect status took a major jump this past summer at the FIBA U19 World Championship, where he captained Croatia to the final - and a nail-biting overtime loss against the United States. Arapovic will likely have a significant role off the bench as he works on expanding his game.

The other prospect is Lovro Mazalin, who actually has some observers slowly questioning if he’s still a star level talent. This will be a big season for the 18-year-old Mazalin, who continues working on his playmaking abilities which would make him so enticing given his 2.00m frame.

One of Europe’s top prospects will also be making his Euroleague debut this season as Maccabi Tel Aviv unveil Dragan Bender. The Croatian sensation, who still won’t turn 18 years old until November 17, is expected to wow basketball fans throughout the continent with his all-around game. Europeans have waited a long time to see him after he only played in the Israeli second division last season and then missed the U19 Worlds because of Bender Gate.

Spain’s two giants Barcelona and Real Madrid both have young stars coming into the teams - albeit all non-Spanish players. The 20-year-old Bulgarian-Cypriot big man Aleksandar Vezenkov is expected to play a strong role for Barcelona, who also have 22-year-old Swede Marcus Eriksson slowly making his way into the team.

While Bender is the biggest talent on the continent at the moment, Madrid’s superstar 16-year-old Luka Doncic is getting there. The Slovenian played five Liga Endesa games last season and Doncic will solely be with the Madrid senior team in 2015-16.

One final name to keep an eye on is Marcel Ponitka of Stelmet Zielona Gora. Not only is the 18-year-old Ponitka the younger brother of Gora teammate Mateusz Ponitka but he also played last season at the U.S. prep school Montverde Academy with Australian superstar talent Ben Simmons.

That should get you ready for the Euroleague season. 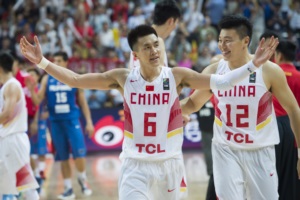 NBL glitz with Rio shining in the distance 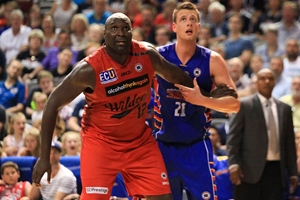 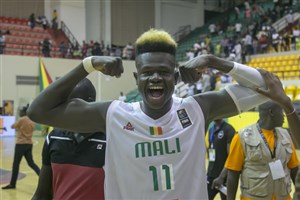 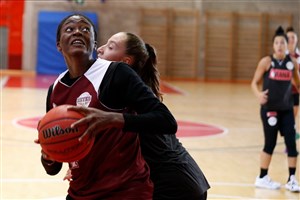 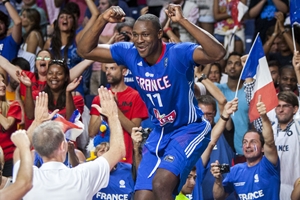