There are a few self-imposed rules though - like having no more than two players from any country, at least one from each Continent, the roster being relatively balanced and perhaps most importantly, striking a balance between players who were brilliant at the event itself and/or have went on to much greater things. One of the first names on my list, Nurse achieved plenty when still young and showed out in Amsterdam during 2012. She was the leader of a Canada team that took the third podium step and they have never taken another medal since. The guard made a rapid climb to the senior team and was soon impressing at that level too - way ahead of time. Assured, able to play either backcourt positions and happy to step up in the clutch, Nurse is a top level performer who has proven herself not only in the WNBA, but also in the Olympics and FIBA Women's Basketball World Cup. And, she's only 24 years old, so will get even better. What is fascinating is that during 2014 when Ionescu won gold as USA claimed their third straight title, she played solid but unspectacular. Flashes of promise and some of the attributes that we are all now raving about after her growth and spectcaulr contributions for the Ducks in the NCAA. Most people agree that global stardom is in her grasp and I think we will just all be able to enjoy the transition to the senior ranks and pick  up the torch from greats like Sue Bird and Diana Taurasi. Whether she can get anywhere near that level when she is playing elite basketball remains to be seen, but she has a shot. Here's the thing. If you watch women's youth basketball, you have half an eye on emerging talent and thinking about whether the player in front of you will make it to the elite level. When watching Chagas, you almost forget about the serious side of trying to predict the future, she simply makes you live in the moment via her captivating ability to entertain. That is a glorious thing and the Argentina prospect is in my all-time list because I think she is someone who can grow hugely and be the leader for her country during coming years - for a team that needs an injection of hope to keep them as attendees of global events. The guard excelled in Minsk two years ago, leading the competition in assists and featuring daily on the highlights reel. Seeing her ballin makes you smile and shuffle to the edge of your seat - and that is the most precious commodity of all. Has there been a better individual performance by a player at any FIBA youth event? I doubt it. What Salvadores did in Pilsen during the Final in 2014 will seriously live with me forever. Her display and 40-point haul that almost took Spain to a momentous and historical victory was beyond words. Even if they just fell short, she deserved to get the MVP. I remember vividly how afterwards, I walked back to the hotel with a couple of esteemed FIBA colleagues and we were quiet, trying to take in what we had just seen. It was epic. Even if Salvadores has arguably went off the predicted trajectory by not breaking into the senior Spanish team, for 40 minutes she owned the FIBA U17 Women's World Championship and handed me one of my favorite ever nights watching women's hoops - so she is 100 percent in! 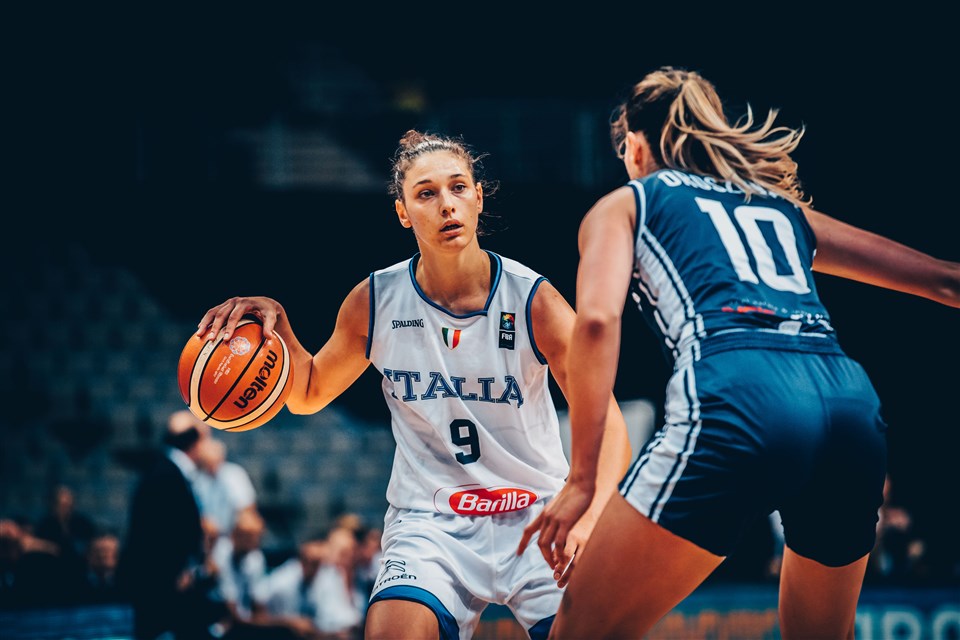 Another born entertainer, Zandalasini continues to mature and is the unequivocal star of the Italian senior national team , a WNBA champion and of course a massive fan favorite with EuroLeague Women giants, Fenerbahce Oznur Kablo. Although it has to be said that she didn't have her best outing when she appeared at the 2012 edition in Amsterdam. She saved her best for the U20 Euros and also that stunning FIBA Women's EuroBasket debut in 2017. But looking down the list of U17 players, there is no way I can leave a talent like Zandi out, so her stupendous scoring ability gets a big thumbs up from me. 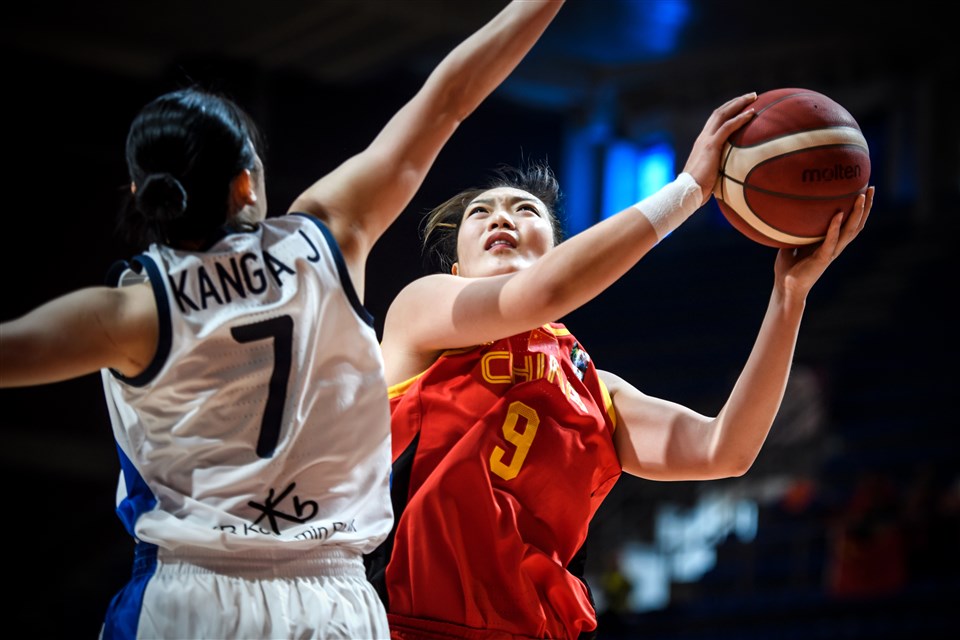 Perhaps this will be seen as a leftfield choice and it is always good in such all-time line-ups to find some ace cards and I think that Li fits the bill. Yes, there were other potential picks, even potential teammates I could have chosen, but I think there is something very much 'X-Factor' about her which means she is a momentum-shifter or game-winner for China whenever she is on the floor. Not least because she knows where the basket is and can score in bunches and in different ways. She appeared in 2010 , dropped more than 15 points per game and took her nation to a bronze, which is still their only medal to date. Now she is making waves on the big stage, having been one of the main reasons that China went unbeaten in the recent FIBA Women's Olympic Qualifying Tournament, which now also has people whispering they could make a big splash during 2021 in Tokyo. The single most impactful USA player ever at youth level due to her commitment to play multiple global FIBA events while learning her trade, Stewart was part of the USA team that won the first ever edition 10 years ago. She also played at two U19 tournaments, to make it a hat-trick of golds - prior to then dominating at senior level. The FIBA Women's Basketball World Cup 2018 MVP and likely number one box office ticket at the Tokyo Olympics next year, Stewart is already a superstar in every way and who wouldn't have her on their all-time roster? 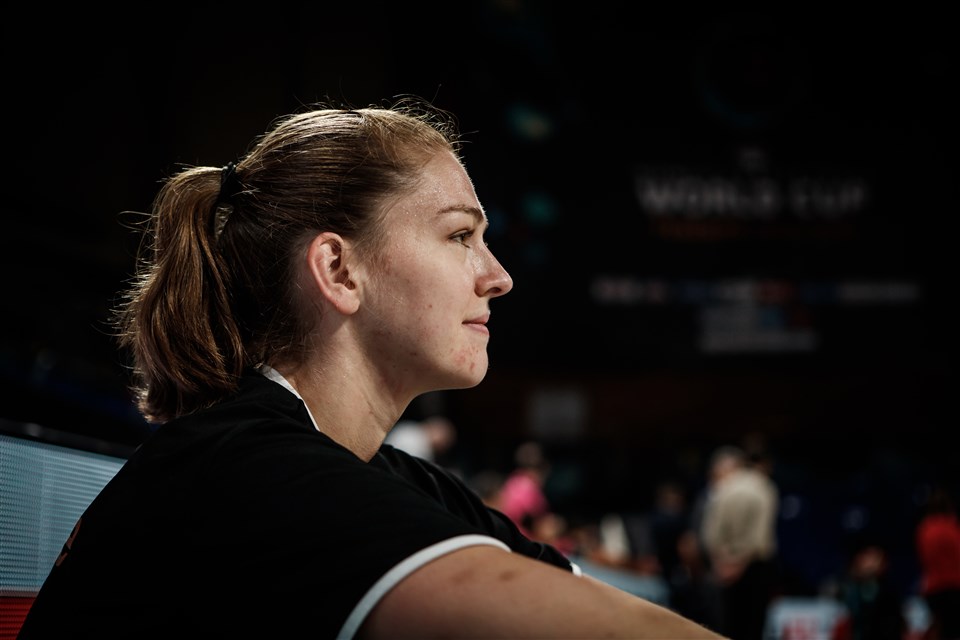 The reigning WNBA Finals MVP and champion needs little introduction, since there can be few arguments that right now, Meesseman is a top five player in the world after her exploits both sides of the Atlantic and in major tournaments with the exciting and resurgent Belgium national team. She appeared at the inaugural U17 tournament in France during 2010, with a near double-double catapulting her team into the Semi-Finals. It was a sign of what was to follow and she has not disappointed! 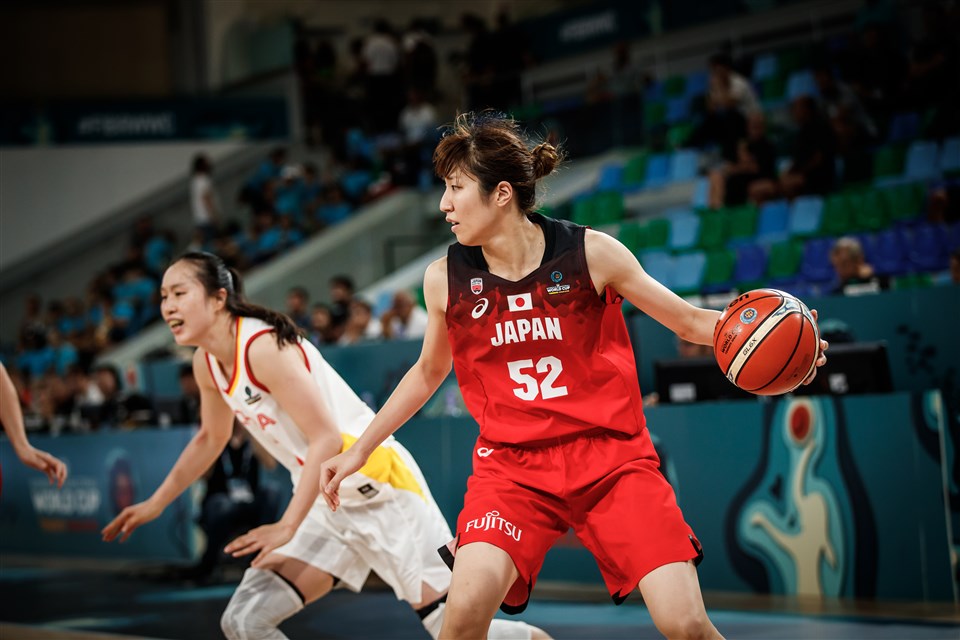 For me, Miyazawa could be one of the  most underrated players in the women's global game. At least in terms of recognition outside of Japan. That is why I am so happy that last year she was in the All-Star Five of the FIBA  Women's Asia Cup which threw some light on her incredible work and consistency. The forward has been at the heart of Japan's golden run at the event and right now, she is a lock for Tokyo next year in the paint, having performed well at the FIBA Women's Basketball World Cup 2018 and earlier this year at the FIBA Women's Olympic Qualifying Tournament in Ostend. While not always center of the radar and overshadowed by better known teammates such as Ramu Tokashiki, those who saw Miyazawa pour in over 21 points per game for her country back at the very first FIBA U17 Worlds in 2010, knew she was on the path to senior glory. Representing Africa and specifically Mali in a big way, Kone was an absolute colossus for Mali in Minsk during 2018. She was sensational and racked up a fantastic 16.9 points and 10.9 boards per game. It helped Mali continue their run of winning multiple games at U17 level. She also dazzled last year at the U19's in Bangkok too. With her power, athleticism and poise, there's no doubt that she could become the best African player in the world during the next 5-10 years. That is how highly I rate her. 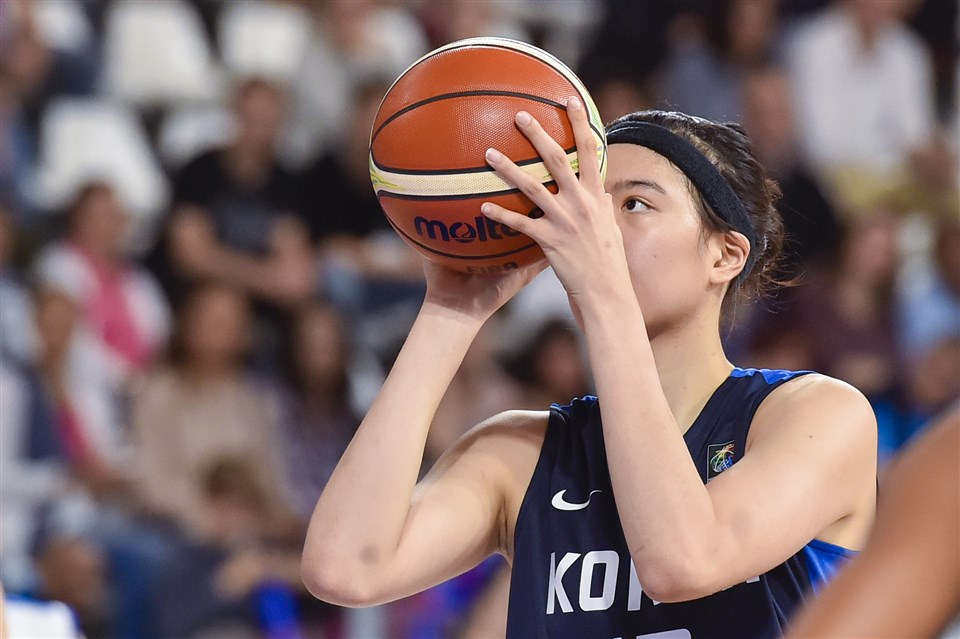 No player has competed at more FIBA youth global events than the Korean phenomenon and that is what she has been, ever since she stepped out at the FIBA U17 Worlds when just 13 years old during 2012 in Amsterdam! She played at the event twice, averaging more than 18 points per game in Pilsen two years later. That came in the same year as being the leader of the senior Korea team at the 2014 FIBA Women's Basketball World Cup in Turkey, way, way ahead of time. She has since played in the WNBA and continues to develop into an icon of Korean basketball. 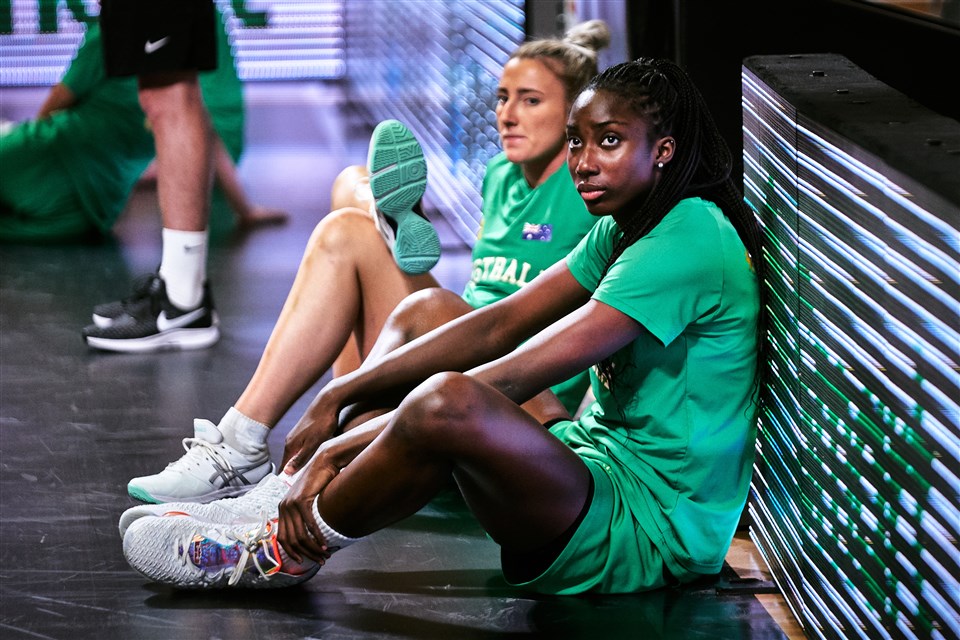 How could I leave out the MVP of the historical and glorious success for the Sapphires in Zaragoza four years ago when Australia won their first ever title at the event? Plus, it was also the first and only time that USA have not finished on the top step of the podium. In truth, it was a magnificent team performance from Shannon Seebohm and his side, but Magbegor was the focal point and did a great job physically of helping those in green and gold to stand up to all their rivals. Since then, the center has went on to play at the FIBA Women's Basketball World Cup, appearing in Tenerife during 2018, as well as making her mark domestically in the WNBL. 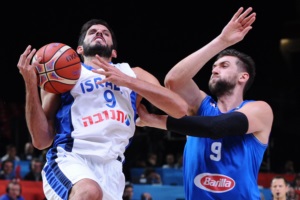 Resting a healthy player in a tournament game will backfire