The East Asian country, which has a population of just three million, has had a memorable rise in 3x3 underlined by them being third on the combined world rankings.

Their No.3 ranked women's team earned direct qualification for the 2020 Olympics, where 3x3 will make its historic debut on July 25-29. It is the first time Mongolia has qualified for the Olympics in a team sport.

"We have never really been known for team sports," Mongolia women's star Khulan Onolbaatar said. "We are known more for boxing and wrestling, never really shined in sports like basketball or volleyball.

"Since 2016, we really started playing 3x3 and started showing success. Since then everyone in Mongolia fell in love with it. They gather together with the family and watch together the matches.

"We have a specific TV channel for 3x3 basketball and people love watching it because it's so much fun."

Strongly built and resilient, Mongolians have the right characteristics to succeed at 3x3. "We are strong and good at taking contact. 3x3 has more contact than five on five," Onolbaatar said.

"The system we have fits our nature. The Mongolian 3x3 Association is like a family."

A fast-developing country on the back of a mining boom, Mongolia similarly has enjoyed a rapid rise in 3x3 and relished playing the role of underdogs against powerhouse countries.

"Other teams tend to look at us as underdogs and don't really take us seriously," Onolbaatar said. "I think that actually made us stronger and sharpened our focus. Defying the odds is a fantastic feeling."

The on-court success has made 3x3 players famous in Mongolia, especially the stars from Ulaanbaatar MMC Energy who became the first All-Asian squad to claim a FIBA 3x3 Challenger when they won in Jeju last month. Back in 2017, the same players famously won gold for Mongolia at the FIBA 3x3 Asia Cup. Thought it was a fluke? They won silver both in 2018 and 2019.

"They are well known in Mongolia,” Onolbaatar said. "People will take pictures and ask for pictures. They're like celebrities in Mongolia."

It will be a dream come true for Mongolia women's team who were one of four teams to directly qualify for the Tokyo Olympics. While the senior women's struggled at the FIBA 3x3 Women's Series, their U23 team made strides at the FIBA 3x3 U23 World Cup. They upset last year's semi-finalists Germany in the pools en route to a historic 6th place.The men's team, who are ranked fourth in the world, will play in the FIBA 3x3 Olympic Qualifying tournament in India next March.

Mongolia's only gold medals at the Summer Olympics came in Beijing for judo and boxing. They have done well in traditionally "manly" individual events, but for the first time will appear in a team sport after qualifying for 3x3 at next year's Olympics.

"Participating in the Olympics is a really big deal," Onolbaatar said. "We have never participated in a group sport. We have come a long way and it's such a joy that we can talk about being able to participate in the Olympics.

"We're really excited for the opportunity." 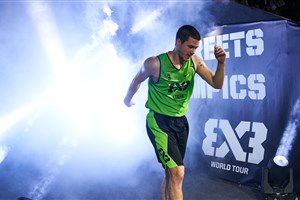 The most amazing stats of FIBA 3x3 World Tour 2019 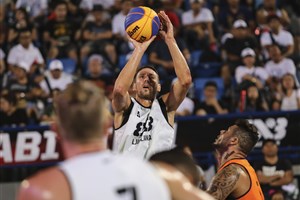 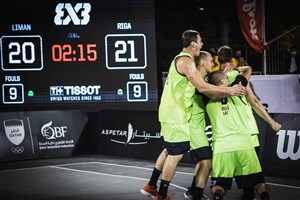 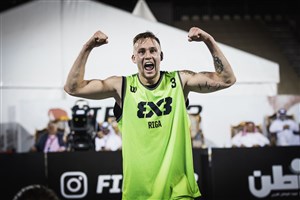 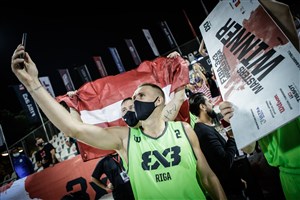